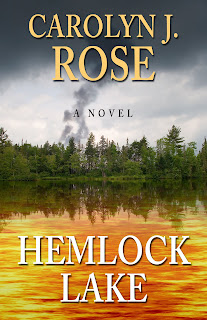 Carolyn J. Rose grew up in New York’s Catskill Mountains, graduated from the University of Arizona, logged two years in Arkansas with Volunteers in Service to America and spent 25 years as a television news researcher, writer, producer, and assignment editor in Arkansas, New Mexico, Oregon, and Washington. She has published a number of mysteries and lives in Vancouver, Washington, with her husband, radio air personality Mike Phillips, and a motley collection of pets. Surf to www.deadlyduomysteries.com for more information.

For generations only a few families held title to land in the isolated Catskill Mountain community of Hemlock Lake. But with the turning of the century one man, lured by easy money, sells his inheritance to a developer of luxury homes. As the contractor bulldozes farmland and forest, neighbors cry environmental rape, and someone threatens to burn what is built.

Hoping to stop the arsonist, but tormented by personal demons, Sergeant Dan Stone reluctantly returns to his family home on the shores of the lake. The previous autumn his wife died in its dark waters and his brother put a bullet in his brain. That tragedy sent Dan’s father drifting toward death.

Isolated by his pain, Dan is thrust into the no man’s land between newcomers and long-time residents who stonewall his investigation into threats, graffiti, theft, and a blaze that nearly kills the construction foreman. Townspeople blame outsiders, eco-terrorists, a ragged tramp haunting the woods and the mysterious creator of rock cairns that often mark the sites of crimes to come. But as summer sizzles on, the arsonist turns killer, and Dan suspects it’s someone he knows well: a firefighter, a long-time friend, or a woman with a killing in her past. 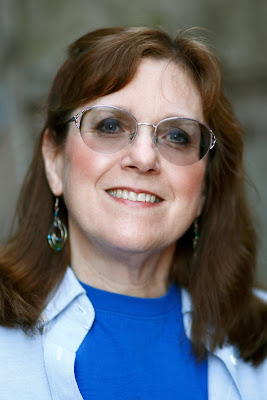 The SUV rocked onto two wheels as I took a sharp curve below Bobcat Hollow at fifty miles an hour. As I fought the wheel, I saw something shift beneath the jacket I’d flung across the passenger seat. Unconsciously I reached for it. One edge of the jacket rose. I jerked my hand back. An ugly triangular head appeared. Two eyes glittered in the green light from the dashboard. A muffled buzzing swirled around me.

I jerked my right hand from the wheel, wedged my body tight against the door. The SUV heeled out of the turn and onto a straightaway. The snake’s head bobbed. Its tongue flicked out, sampling the air. The roof of my mouth grew hot with the taste of nickel.

Get out! My mind screamed instructions to my body. Take your foot off the gas. Release the seatbelt. Flip back the door latch. Roll free.

I raised my foot from the gas pedal. I drew my right hand toward the seatbelt release.

The snake buzzed and shrugged off the jacket. Its head swayed inches from my hand.

I froze. Seconds drifted by like snowflakes. If I moved suddenly, the snake would strike. And then what? What would I do once the venom was in my bloodstream? My mind tobogganed through my options.

Call for help. But what if the cell phone didn’t work? Drive to the nearest house. But that house was a mile away. Too far to walk if the snake hit me close to the heart. I needed wheels, couldn’t take a chance on leaping out and letting my rig crash.

I shuddered. The snake drew its thick body into a tight coil. I checked the speedometer. Thirty-five and dropping. The road started downhill soon, took another sharp turn at Silver Leaf Hollow. I’d pick up speed, have to downshift or brake to make that turn.

If I reached for the stick shift the snake would strike for sure.
Posted by Chris Redding at 11:17 PM

I want to read more. You certainly left him in a pickle.

Thanks. That was my intention.
By the way, I just got an e-version up on Kindle.