Descended from fairies, Catherine wears a mystical cross to protect her from the Others. Without her uncle’s ancient book of spells, she cannot harness her powers and though she can foresee the future, she can do nothing to change it. As her uncle is murdered, she nearly drowns. Britt Jenkins comes to her rescue. He believes she is a fraud when she tries to warn him of his own impending doom, but as he works with her to find her uncle’s killer, he finds himself losing his heart to her. Catherine falls hard for Britt, and must risk her life in an attempt to save him and foil the plans of the Others. 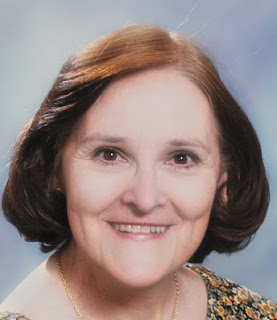 Penelope Marzec started reading romances at a young age even though her mother told her they would ruin her mind, which they did and she became hopelessly hooked on happy endings. This award-winning author is a member of the New Jersey Romance Writers, the Liberty States Writers Fiction Writers and EPIC. You can find her on Facebook at http://www.facebook.com/penelopemarzec, at her website at http://www.penelopemarzec.com, or at her blog, http://penelopemarzec.blogspot.com.

So far, Britt had discovered ten mistakes in the first four pages of the Sunday edition of the Daily Press. But he hadn't absorbed a word of what he had read. He sat in the kitchen, glancing across the driveway every so often, his nerves on end, waiting to hear a gunshot--or a scream. 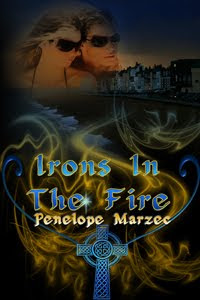 He was an idiot. He should never have let her walk back into that house. He pushed away the mug of coffee he had just zapped in the microwave. His churning stomach didn't need another dose of caffeine.

He squinted at page five as another error jumped out at him. Damn. He circled a comma splice with his red pen. Where did these college graduates get their degrees--from a mail order catalogue?

When the Taylors’ back door slammed, he jumped up, heart racing. He went to his own door and flipped on the porch light, just in time to see Catherine running toward her car as if the devil nipped at her heels. Without a second thought, he raced after her.

He caught up with her just as she fumbled with the key in the lock. When he swung her around to face him, she cried in alarm. Her shoulders trembled beneath his grip, but to his relief, she didn't have any bullet holes. He clasped her against him.

“What happened?” he asked.

“Let me go. Let me go!” She struggled in his arms.

“Not until you tell me why you're in such a hurry to leave.”

She stopped thrashing, but her body still quivered. In the harsh glare of the porch light, her eyes seemed huge and capable of swallowing him in their depths.

She did not lie well. He loosened his hold, but not enough to let her get away. “Tell me what went on in there.” The huskiness in his own voice startled him. She lowered her head and her hair cascaded over his arm. The silken strands whispered against his skin.

“Nothing happened. Why are you spying on me? I told you there was nothing to worry about.”

Another lie. But why? Something had frightened her. He released her, and she took in a ragged breath and flipped her hair over her shoulder.

“So long, Mr. Jenkins.” The tight smile didn't hide the fear glittering in her eyes, and when the Taylors’ door opened, she choked back a cry.
Posted by Chris Redding at 11:54 PM

Great excerpt, Penelope. I'm hooked on happy endings, too, and my mother didn't even warn me. But today, it was the Celtic cross on your cover that caught my interest. Something else I'm hooked on--all things Celtic.

In addition to Irons in the Fire, I've got two novellas with Celtic themes that I'm hoping to have reissued one of these days. I had such fun writing them.