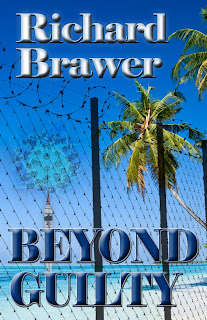 How did I get started writing?

I began my writing career in the mid 1990’s, a couple of years before I retired. I lived at the Jersey Shore and commuted to New York City by train. I would read the newspaper in the morning and a book on the trip home. Occasionally I would read a newspaper story and wonder what would happen if?

One such story was about a father in Boston whose child was born with brain damage and he refused to take him home from the hospital. He thought he could return the child like a damaged piece of merchandise he bought in a store. The nurses were outraged and their disgust was quoted in the article. That’s when my imagination took over and I asked myself, “What if the child was misdiagnosed?”

With mysteries being my favorite genre to read, I took that thought and began making notes. The notes turned into paragraphs and the paragraphs into chapters. Thus my first Murder at the Jersey Shore mystery, “The Nurse Wore Black” was created.
So now that I had a book, but what do I do with it?

Being a complete novice, I did the usual things most new writers do. I sent out query letters to agents and received a stack of rejection letters. Lamenting my woes to a friend, he told me about a publisher, Vista Publishing, in Long Branch, New Jersey, the town next to mine that specialized in publishing books about nurses. Excited, I dropped in cold to their office. Two weeks later they said they wanted to publish my book. Wow!

When I saw the finished product, the “Wow” factor fell into the depression factor. The cover was not well done and leafing through the book I saw a number of typos. The publisher had never discussed the cover with me nor did they give me a proof of the typeset book to look over. At the time I didn’t know enough to ask for them. As far as I knew, I thought they would do the editing as well as create a proper cover. Needless to say, I did not push to sell this book. It was an embarrassment.

The moral to this story is, be involved in every step of the publishing process. View the cover. Don’t take it for granted. Demand a proof of the book. If you find poor editing, demand the publisher re-edit or pay to have it edited yourself.

My second book in the Murder at the Jersey Shore mystery series, “Diamonds are for Stealing,” was inspired by another newspaper article about phony diamonds. It was published in 2001 by Hilliard and Harris. With the above experience still weighing heavily on my mind I was totally involved in the publishing process, especially proof reading. Hilliard and Harris did a wonderful job editing and publishing this book. I could not find one mistake. So what happened that made me not want to give them my next book? It was in their contract, which here again was a learning experience.

As with Vista, Hilliard paid all the publication expenses to bring this book to market. However, they had a clause in their contract that said they do not pay royalties until they recoup their publishing expenses from book sales. Again, my naiveté let me pass right over this clause without a thought. (My daughter was not yet a lawyer.)

As we all know, writing is a dual process, creating the product and publishing the product. Neither party has anything without the other. Since I created the product and would be spending money to promote and sell the book, I felt I was entitled to some return from the sale of book one even if it was only a nickel a copy. (I did eventually sell enough books to get some royalties.)

Again, the moral: Read your contract carefully and get a lawyer to go over it. Study every clause. If you don’t like something try and get it changed. If the publisher balks you have two choices, agree or don’t sign, but at least you know exactly what you are getting into.

“Beyond Guilty” was published by L & L Dreamspell. I found them when someone on a Yahoo group I belong to mentioned them. Having had my fill of rejection letters from agents, I contacted the author published by L & L Dreamspell and was told they were highly reputable. I found that to be 100% true. They pay an advance as well as royalties from book one. However, I still had my daughter, now a lawyer specializing in contracts, go over the contract. After a few changes I signed and have found L & L has followed through on everything they said.

I don’t know what big publishers do for their writers, but L & L sends out review copies, sent me a number of review copies that I could distribute, and sent me posters to give away. My first statement came out not long after the book was published, and my promotion had not gone far enough to garner a lot of sales. I have been promoting the book actively and hope my next statement has covered the advance that L & L gave me, and that I have made some money for them.

What do you do with your book after it’s published?
In today’s world, even if you are published by a large New York City publisher, unless you are a major author you have to promote your own book. Thus you need a marketing plan. There are many ways to promote your work―social networking sights, twitter, book signings, mass mailings, through your website, joining internet book discussion groups, distributing flyers at conferences you attend.

You must create your own plan and work at it if you want to sell books, and you cannot be shy about promoting you book. For example, as I said I live at the Jersey Shore. In the summer, my wife and I go to the beach a couple of days a week. When I see someone reading a book I give him one of my promotional flyers which I always have with me. No one has rejected the flyer and often a conversation is struck up with a total stranger. Promotion is time consuming but when you see the reviews and get the feedback it is well worth the effort.

What is my writing process?

First: I form a major premise along with the ending of the story. In the mysteries it’s naturally "who-done-it." In “Beyond Guilty”, a suspense novel, it’s how to the protagonist gets out of peril.
Second: I create my protagonist and antagonist―their looks, quirks, and their experiences in life that affect their personalities and the way they react to events.

Third: I create a very rough outline as to how the story will progress from beginning to end. Note I said very rough as this changes as the story evolves.

Fourth: I try to create a captivating opening chapter such as finding the body in the mysteries, or putting the protagonist in jeopardy in the suspense novel.

Finally: I write from my opening chapter to the conclusion of the story. I strive to take the reader on a journey that is never a straight line, but more like the line of a gyrating stock market. I place red herrings in my mysteries, and adventure and jeopardy in my suspense novel. However, one thing remains constant―there is always CONFLICT. The most important aspect of a novel is the conflict between the characters. Without conflict there is no story.

How did I learn to write?

I read a couple of books and many magazine articles on writing, but in writing as in life, the most important lessons come from doing. Remember, I said I was an avid reader. If you want to write, first read, read, read. If you read books with the idea that you may want to be a writer, then you will consciously start analyzing how the author created his work. When you start writing, write the type of story you like to read.

Once you begin your writing try to find a critique group that will give you honest feedback on character development, dialogue, voice, plot, conflict and setting. But don’t automatically take anyone’s critique as gospel. Remember, it’s your story. Analyze the critiques to see if they have merit. Say you have a six person group. If one person criticizes something then it may or may not be valid. But if three or four say the same thing about a segment then you should take it under serious consideration.

I hope my experiences will help you with your writing and publishing efforts.

Teenager, Eileen Robinson, lives in an ideal African-American family. When her father is murdered, her sheltered life spirals downward into gloom. Her mother is forced to work nights cleaning offices. Instead of enjoying her carefree childhood years, Eileen is relegated to babysitting her two younger sisters. One night she sneaks out on them. Trying to cook something, they die in a fire. Tormented, Eileen runs away from home. Befriended by a drug dealer, she moves in with him. At twenty-one she is a single mother, falsely convicted of murder. At thirty-two she is executed. Or is she?

“Beyond Guilty” was inspired by a screen play written by my daughter. In her script, the protagonist is an African-American male wrongly convicted of murder and sentenced to death. He escapes and fights to prove his innocence. Despite her being a lawyer in the movie industry and the screen play winning a number of awards including $1000.00 from a “Writer’s Digest” contest she was unable to generate interest from her associates in Hollywood. I said to her, “Let me write it as a book with an African-American female protagonist as there are many African-American actresses looking for a strong, leading role.” Thus “Beyond Guilty” was born.
Posted by Chris Redding at 11:59 PM

The candid discussion about the book publishing trials and tribulations will be very informative for new authors. Loved the interview. www.dkchristi.com author of Ghost Orchid, a compelling mystery wrapped in the aura of the mystical ghost orchid.

The Belle in Blue said...

Great background info on your books and writing process. I love hearing how book ideas came to be!

an excellent post. hopefully we all learn from our mistakes. so nice that you get free legal advice : )

You've really shared a lot of trial and error here, Rich. I wish you the best of luck now that you've found such a kindred home for your work. I think everyone needs to do the kind of promotion you're talking about--major or no. If an author is too big to need to do it, then he or she needs to do it because then it's all about sending the elevator down for those still on the rise!

This was a very informative discussion about the path to publication that many of us have encountered. A very helpful post. Of course now I want to go to the beach and hand out bookmarks. What a way to market!

This was a very informative discussion and a very honest one.
I'm another NJ writer so I feel especially sympathetic.

Jacqueline Seewald
STACY'S SONG, YA novel soon to be released by L&L Dreamspell

Rich, a lot of good information. I really enjoyed what you said about the journey of the characters --"gyrating stock market."
Betty Gordon