Always. I believe writers are born writers. It’s what we are. If you’re a writer, you’re going to be writing in your head the way a singing sings in the shower, even if you end up flipping burgers to pay the rent. 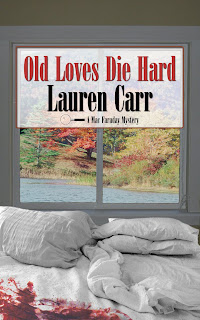 If you’re a mystery writer, you’ll be drinking coffee at McDonald’s with your son while listening to the couple in the next booth arguing about her blowing the grocery budget. By the time they leave, you’ll have a whole storyline in your head about her finding him dead in their bed and calling your detective to prove her innocence.
2.      What was the name of the first novel you wrote? Did you try to publish it?
Thirty years ago, I wrote Murder Among the Stars on an electric typewriter. It was about a series of murders among movie stars in . At that time, I had never been west of the Mississippi River and all I knew about was what I saw on Entertainment Tonight.
Determined to be a novelist, I devoted all of my spare time to banging away on my IBM Selectra. The television was off. Meals consisted of peanut butter sandwiches that were quick and easy to make. Hours that I used to sunbathe for a golden tan were spent composing my masterpiece. I stopped going out with my friends. Not a minute that could be devoted to literary creation was wasted. At the end of the summer, I proudly emerged from my bachelorette apartment pale, thin, and socially bankrupt.
In three months, I had written the Great American Catastrophe, all 846 pages of it in hardcopy. This was back before Internet and I had no idea where to send it to get it published. I think when I did find someone in willing to read it, the cost of making photocopies prohibited my sending it. But that was okay because I was already working on my next book. Murder Among the Stars is now buried in my mother’s basement. 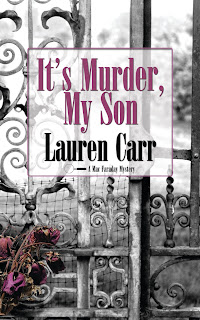 Publishing is a business of selling books to the public. While writing your book, you’re an artist – a writer. But after typing out, “The End”, when you start looking to publish your book, you become a business person.
At this point, you need to readjust your thinking, even if you go the traditional route of publishing. Think like a business person when making decisions about selling your product, which is your book.
Is your book ready to go up against the competition? Where is the best place to put your marketing dollars? Will you sell enough books and get enough exposure at that conference to be worth the travel expense? Answer these questions with the hard-hearted honesty of a business person, not the emotion of an artist who believes her baby just as good and, therefore, worthy of the same marketing budget as Dan Brown’s latest.
If I had put all this together three books ago, I would have saved myself a lot of money and frustration.

After A Reunion to Die For, the second in the Joshua Thornton Mysteries, came out with Five Star Mystery in hard back, I knew that my next book had to come out in paperback. It’s very hard to sell a $26 book when you’re an unknown.
By the time I found a traditional publisher who could publish It’s Murder, My Son in trade paperback, I was already looking at CreateSpace, which is an Amazon company. Since I had self-published my first book, A Small Case of Murder, with iUniverse, I had the experience of both self-publishing and traditional publishing. So I was able to compare my publishing experiences when making my decision.
CreateSpace ended up being the best choice for me because I have all the experience and resources to do it on my own. I was so pleased with them when I published It’s Murder, My Son, that I went back when I released Old Loves Die Hard, the second installment in the Mac Faraday Mysteries. I also used CreateSpace for the re-release of A Small Case of Murder and A to Die For.
Since I didn’t tie up my rights with a traditional publisher, I released the Kindle versions of all of my books with DTP Kindle on the same day that the print versions were available.

It’s Murder, My Son opens with the worst day of homicide detective Mac Faraday’s life. After a messy divorce hearing, the last person that Mac wanted to see is another lawyer. Yet, this lawyer looked very unlawyer-like, wearing the expression of a child about to reveal a guarded secret. This secret would reveal Mac as heir to undreamed of fortunes and lead him to Spencer, Maryland, the home of his late birth mother, who happened to be America’s Queen of Mystery, and a new life that unfolds like one of her famous mystery novels. 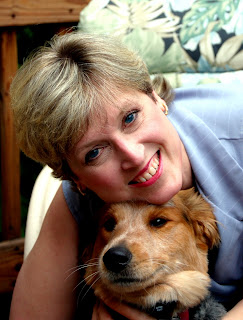 In It’s Murder, My Son, Mac jumps into investigating the murder of his neighbor, Katrina Singleton, who was found strangled in her lake house. All evidence points to a stalker, who is now nowhere to be found. With the help of Mac’s late mother’s journal and two newfound companions, this recently retired cop puts all his detective skills to work to pick up where the local police have left off to follow the clues to Katrina’s killer.
Old Loves Die Hard continues Mac’s rags-to-riches story with the return of his ex-wife, Christine. Before Mac can send her packing, Christine and her estranged lover are murdered in Mac’s private penthouse suite at the , the five-star resort built by his ancestors. The investigation leads to the discovery of case files for some of Mac’s murder cases in the room of the man responsible for destroying his marriage. Why would his ex-wife’s lover come to Spencer to dig into Mac’s old cases?
The Mac Faraday Mysteries are set on , where my family vacations. The resort area struck me as the perfect location for a detective. The area has everything I love to find in a mystery. From a diversity of characters to locations either up on the mountain or down on the lake. has it all.
6.      What’s your favorite thing about your book?
I enjoy the characters and the chemistry they have with each other. They’re the type of people that I would like to spend an evening with.

That’s the beauty of being a writer, isn’t it? Your characters get to say and do things that you could never get away with. Since Mac is in the prestigious position of being the only heir to Robin Spencer, whose ancestors had found , plus he inherits a five-star resort. He’s the man. So he gets away with saying what he thinks, which still gets him into trouble.

Making the mystery. I write complex mysteries with a lot of twists and turns. I have as much fun weaving together the mystery as the readers have solving it.

Gnarly. I based Gnarly on Ziggy, my Australian shepherd.
Gnarly is another part of Mac’s inheritance. He’s a German shepherd who’s very bad, but very loveable. He’s the only dog to be dishonorably discharged from the United States Army. No one knows why. They refuse to talk about it.

My husband spent a whole summer building a writer’s studio on the top floor of our house. It’s got a gorgeous view of the mountains, which I don’t spend much time contemplating because I usually have my snout in my laptop, but Ziggy tells me that it’s quite spectacular.
Bio:
Lauren Carr fell in love with mysteries when her mother read Perry Mason to her at bedtime. The first installment in the Joshua Thornton mysteries, A Small Case of Murder was named finalist for the Independent Publisher Book Award. Both A Small Case of Murder, and the second Joshua Thornton mystery, A Reunion to Die For, are in re-release.
It’s Murder, My Son has received only rave reviews from both reviewers and readers. The Mac Faraday Mysteries take place in , where Lauren and her family vacation. Old Loves Die Hard, released in April, is available in print and e-book.
Book Blurb:
In Old Loves Die Hard, Lauren Carr continues the rags-to-riches adventures of Mac Faraday, an underpaid homicide detective who inherits two-hundred-and-seventy million dollars and an estate on , from his birth mother on the day his divorce becomes final.
Mac Faraday is settling nicely into his new life at Spencer Manor when his ex-wife Christine shows up—and she wants him back. Before Mac can send her packing, Christine and her estranged lover are murdered in Mac’s private penthouse suite at the , the five-star resort built by his ancestors.
Posted by Chris Redding at 10:22 AM