I've been friends with Lori Foster on Facebook for awhile now. She was very gracious when I reached out to her for this blog. Then I bought some of her books and became a fan. 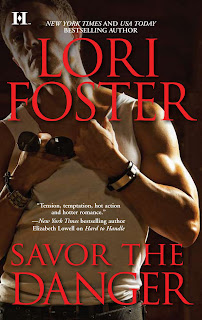 is a Waldenbooks, USA Today, Publisher’s Weekly and New York Times bestselling author. She has received Romantic Times’ “Career Achievement Award” for Series Romantic Fantasy and for Contemporary Romance; Amazon’s top-selling romance title for  Too Much Temptation; the BGI group’s “Bestselling Original Contemporary” romance for the The Secret Life of Bryan & “Bestselling Romantic Comedy” for Jude’s Law; and Amazon’s #1 Editors’ Pick in Romance for Servant: The Acceptance., written as L.L. Foster.
She’s been featured as a clue in the New York Times crossword puzzle, and the USA Today “Quick Cross” puzzle.
Visit Lori at: LoriFoster.com

I didn’t really pick romance – it picked me. I’d never been much of a reader. Most of the books I’d been “forced” to read seemed depressing in one way or another. They often ended with that realistic but unsatisfying idea that life is unfair and sometimes cruel. Not my idea of entertainment! Then my sister introduced me to romance novels. I was instantly hooked! For awhile, I devoured those books, figuring out my favorite authors (who remain favorites!) and enjoying the whole discovery of books that truly entertained. Of course, it didn’t take me long to want to try my own hand at writing... and once I started, I couldn’t stop. It took me awhile – over 5 years and 10 complete novels – before I sold. But I taught myself to write by doing it, and since then, there’s been no going back! 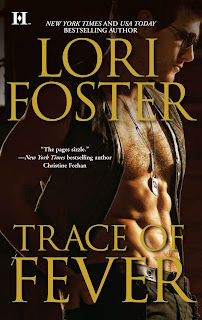 I’m a total panster. I get an idea of two characters, usually within a specific scene, and everything branches out from that. I “see” them in that scene, how they talk, their attitudes, almost like I’m watching a movie. Before I start writing, I know enough to have their romantic conflict and some of their external plot conflict figured out. Then I start writing, and figure out the rest as I go along.
Sometimes secondary characters come out of nowhere – like Joe Winston in the Winston Brothers and Visitation series – and sometimes I know they’ll be there before I start writing – like Sawyer, Morgan, Gabe and Jordan – in the Buckhorn Brother’s series. Sometimes the secondary characters demand their own stories – as the above characters did – and sometimes they...don’t. If the story for a character isn’t clamoring in my head, I can’t just make it up. Unfortunately, that’s not how it works for me.
I hate to disappoint readers who’ve requested particular books, but I know if I try to twist the muse and force a story, it just doesn’t work.
Also, there are times when I DO have a story for a character, but other issues have factored in. For instance, I would love to one day write stories for the kids (after they’ve grown up, of course) in the Visitation series. But I wrote the Visitation books for Kensington, and then went to , and now I’m at HQN. It’s complicated when you carry characters from one publishing house to another, and I have fresh stories in my head, so for now, I’m happy to be writing those. Maybe one day fate will lend a hand and I’ll get back to Visitation. Who knows! 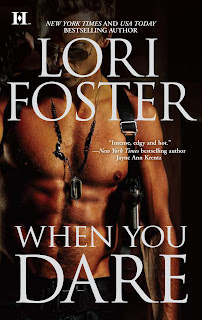 Actually, I watched the movie, “Taken” by Liam Neeson. Loved the movie, and I always enjoy Liam. For those unfamiliar with the plot, his daughter is taken by traffickers and Liam moves heaven and earth to find and rescue her. But along the way, he sees many other young ladies caught in the web of trafficking. Some handcuffed to beds, most horribly drugged... and he passes them by in his desperate quest to locate his daughter.
While I understood that for the movie, he couldn’t pause to rescue everyone because that would have alerted the traffickers to his pursuit, it broke my heart.
So the old muse started ticking and very soon I had an idea in mind for the first book. But I also started researching human trafficking, and that sparked the rest of the series.
The movie “Taken” sort of sensationalizes the problem, but the truth is that it’s a widespread tragedy affecting many communities, rampant in the (along with forced labor) and it crosses all boundaries of education, wealth, citizenship, age, and influence. I found many articles that labeled , my state, as a “hotbed of human trafficking.” It’s a heartbreaking crime that affects everyone. Making it a backdrop in a series really appealed to me. Who could be more heroic than men who tackle that crime on a very personal basis?

! I know, it’s right THERE, and I could go... but I’m an animal lover. We have a lot of pets and until it becomes easy to fly with them, I don’t see me going anywhere for any length of time where I can’t take them along. We bought an RV just so we could travel easily with the animals. We’ve found that we actually love RVing, but initially, it was “pet transportation.” We would use it to get from point A to point B, and then rent a pet-friendly hotel room. Insane, right?
Then once, we went to and were going to stay at a cabin in the woods with a hot tub and great scenery... But we got to the cabin it was totally unlike the advertisements. Spiders everywhere – egads, I am NOT a bug person! – and it smelled of mildew... We got a refund, found an RV park, and fell in love with the “home on wheels.” J Now there are some local places that I like to visit in the RV. Hubby parks me next to a lake, and I get all kinds of writing done!
Maybe someday I’ll make it to , but in the meantime, I’m happy exploring places I can drive to.

I’m a HUGE movie buff. Love to go sit in a theater and chow down on popcorn and slurp up a cola. I rarely do popcorn or cola under other circumstances. We probably see two movies a week, more if there’s a variety that I want to see. About the only time I’m not plotting on some level in my brain is while watching an engaging movie. But I keep my notepad nearby (always!) just in case an idea does spark.
My favorite genre is horror. A mediocre horror flick entertains me more than an award winning chick flick, romance, or drama. ;-) Next I love action, and then sci-fi. That said, I have enjoyed a few drams and chick flicks, but I usually get dragged to them kicking and fussing.
My favorite movies are: History of Violence, The Perfect Get Away, Kill Bill 1 & 2, The Bourne trilogy, Aliens, Predators, Resident Evil, Texas Chainsaw movies... probably a lot more, but I can’t think of them now. We see so many that I sometimes lose track.
I recently really enjoyed Paul, and The Lincoln Lawyer, and Limitless. J
I interact regularly with readers on Facebook: http://www.facebook.com/pages/Lori-Foster/233405457965 and on Twitter: www.twitter.com/lorifoster
I love to hear from readers. My email address is on my website. I answer all my reader emails, but snail mail takes me a little longer to get to.
For free bookmarks and other goodies, send a self-addressed, business-size envelope to me at:
Lori Foster

Ross OH 45061
Thank you everyone!
The tougher they are, the harder they fall…
Dare Macintosh believes that business should never be personal.  But then Molly Alexander asks him to help track down the men who’d had her kidnapped—and Dare’s tempted to combine work with pleasure.
Molly vows to trust no one until she’s uncovered the truth. Could the enemy be her powerful, estranged father?  The ex-fiancé who still holds a grudge?  Or the not-so-shy fan of her bestselling novels?  As the danger heats up around them, what Molly feels for Dare just might be the most frightening thing of all…
Posted by Chris Redding at 11:54 PM

Email ThisBlogThis!Share to TwitterShare to FacebookShare to Pinterest
Labels: Lori Foster, Savor the Danger, Trace of Fever, When You Dare

I loved the L.L. Foster series. I would love to see Lori write more in this vein. A girl can hope, right?