From the journals of Dr. Jane Heckman:

Toward a Theory of Vampirism 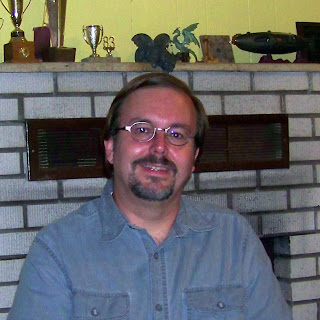 I have been a vampire for just over a month now and I'm still sorting out what exactly it means to "be a vampire." I am not aware of any formal, scientific study of vampires. It would appear that we are rare creatures. Classical studies such as Montague Summers'The Vampire, His Kith and Kin and The Vampire in Europe do little more than survey vampire literature and relate second and third-hand accounts of vampire encounters. More recent studies do little more.
My own field is ballistic and explosive physics, not anthropology, biology or any other field of study that might be more relevant to the study of vampires, which are also known by such names as nosferatu, revenant, vrykolakas and so forth depending on the region of the vampire's origin. This journal will endeavor to be a first-hand account of my observations. However, since the study of creatures such as vampires is outside my discipline, these notes may lack completeness.
I was born a human but became a vampire through a process of being attacked by a vampire that drank my blood. I, in turn, drank the blood of the attacking vampire. My attacker claims to be a 550-year-old vampire who calls himself Rudolfo.

"For the record, my name is Rudolfo Jésus Juan Ramírez de Córdoba." Rudolfo's voice caused me to jump involuntarily.
"How long have you been looking over my shoulder?" I asked huffily laying my pen down.
"Only a few minutes. I saw the title and thought I'd do what I could to clear up any misconceptions you may give your poor readers about me or about vampires in general." Rudolfo shrugged nonchalantly.
I took a deep breath then let it out slowly. "I'd rather you not stare over my shoulder."
Rudolfo grinned. "What do I have better to do than watch a beautiful woman work? Besides, it's interesting."
I waved my hands at the older vampire. "You could go watch television or something. There's lots of women to watch there."
"I hate television," said Rudolfo, wrinkling his nose. "The stories jump all around. Just as they get interesting, some shill comes on to sell me something I don't need. It's very annoying."
"All right, all right," I relented. "Get a chair or something, just don't stand there. It makes me nervous." I paused for a moment then looked at Rudolfo again, my brow furrowed. "Are you really a vampire named Jésus?"
"A rose by any other name would smell as sweet," he said, eyes twinkling as he pulled up a chair.

As a vampire, I find my outward appearance is very nearly the same as it was when I was human. At the time I became a vampire, I was a woman of 42. Admittedly, some of the changes I record are qualitative: My skin has become smoother and more taut, yet somewhat more pale, taking on something of an alabaster quality. My eye color seems more vivid. My lips seem fuller and a brighter shade of red.

My senses also seem to be improved. I can hear fainter sounds and see more distant objects. Looking up at the night sky, I am able to distinguish the rings of Saturn, something well beyond normal human ability. I should emphasize that my vision does not seem to magnify objects. I simply seem to have improved resolution, as though there are more rods and cones in my eyes. Perhaps an eye test with a qualified optometrist would be in order.
I appear to have acquired the ability to sense the thoughts of others and to project my own thoughts into the minds of others. Though various studies have been made, I know of no study that has definitively demonstrated the existence of telepathy in humans. I also know of no satisfactory hypothesis describing a mechanism for telepathy. Perhaps further study of this ability with vampires would yield better results than it has with humans.
I have become stronger. It is much easier for me to load my crossbow than before I became a vampire. I can now easily subdue and feed upon human males that I estimate to be two and a half times my weight. Because I was neither a violent person nor the subject of an attack prior to becoming a vampire, I do not know what I was capable of as a human. However, I strongly suspect I was not capable of such a feat of physical prowess.
More quantitatively: My canine teeth now extend approximately 0.125 inches below the neighboring teeth. In spite of what is shown in many vampire movies, my canine teeth do not retract, they are fixed much like those of a dog.

"What an unflattering comparison," muttered Rudolfo.
Turning around, I scowled at him. "What do you mean? Dogs have long canine teeth. It's a reasonable comparison."
"So do cats," he said, grinning wistfully, displaying his own fangs. "And I would say you have feline grace and charm."
"If you don't stop interrupting, you'll see what a bitch I can be," I growled.
Posted by Chris Redding at 4:07 PM