Excerpt from She Can Run

Hello, and thanks to Chris for letting me share my newly released romantic suspense novel, She Can Run.  You can find out more about me and my books on my website MelindaLeighAuthor.com, on Facebook & Twitter 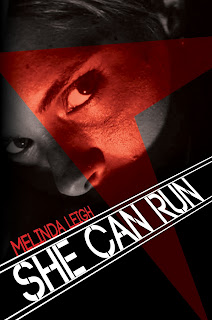 One bad decision turns Elizabeth Baker from a soccer mom into a fugitive.


Five years after the death of her young husband, Beth marries a charming congressional candidate. But Beth accidentally learns a secret about her new spouse, a secret he’ll kill her to keep. Now she and her children are running for their lives. She takes a job as caretaker on a secluded estate, but her plans to hide are complicated by the sudden death of her elderly boss and her attraction to the ex-cop with well-defined biceps, mussed hair and deep, dark chocolate eyes who inherits the property and becomes her new boss.
Still reeling from the accident that has him out of work as a cop, former homicide detective Jack O’Malley is blindsided by the death of his favorite uncle and the inheritance of a dilapidated mansion, complete with a suspiciously nervous caretaker and her two children. He is even more unprepared for the tug at his heart every time Beth enters the room. When Jack’s instincts tell him something is wrong with his new employee, he begins to investigate. As he uncovers the shocking details of Beth’s life, a local woman falls prey to a serial killer and Beth is the victim of a frightening attack. Jack resolves to keep her and the children safe—whatever it takes, if only he can figure out a way to win her trust.

Beth’s hand trembled. Her knuckles hovered an inch from the recessed oak panel. The office door was closed, which meant Richard didn’t want to be disturbed. She glanced at the box in her hand, delivered by messenger just moments before. It must be important. Would Richard be angry if she interrupted him? Or angrier if she didn’t? Her stomach clenched. He’d be angry no matter what she did.

With a hitched breath, she rapped lightly. The latch hadn’t caught properly and the door swung open. Beth froze, paralyzed by the scene before her.

Confusion shifted into comprehension, and fear turned her insides to ice water.

Could she slip out before he noticed her? She eased backward, but Richard sensed her presence. He turned and stared. Their gazes locked for a few seconds, his feral, hers panicked. The lion and the gazelle.

Then he grabbed the crystal letter opener on his desk and lunged.

She couldn’t leave the house. Her children were upstairs. She needed a weapon. Her eyes locked on the kitchen doorway ten feet away.

His Italian loafers scraped the wood floor of the hall behind her as he fought for traction. The rubber soles of her sneakers fared better. She almost outran him. Almost.

At the threshold, he caught her in a flying tackle. She flung her hands out. Pain shot through her wrists and palms as she braced her fall before her face slammed into the tile.

After all this time wondering if he’d eventually kill her, there was now no more doubt. If she didn’t get away, she was dead.

Panting, on all fours, he pulled on her legs. She donkey-kicked backwards, catching him on the side of the face. He grunted. His grip loosened, and she belly-crawled forward a few inches before his hand closed around her calf.

She raised her chin and eyed the knife drawer, an impossible ten feet away on the other side of the room. In a frantic visual sweep, her peripheral vision caught the cordless flashlight plugged into the outlet on her left.

She kicked at his fingers. They jerked open. Pulling a knee under her body, she pushed forward and yanked the flashlight from the wall. Richard crawled closer and slashed at her middle. Her skin registered a flash of agony, then went numb.

Without losing momentum, she turned over and swung the flashlight in an arc toward his head. Metal clanged against bone. 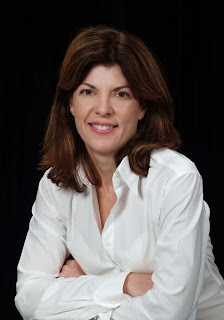 His eyes widened in shock before his body went limp.

Shaking, Beth scrambled out from under his torso. Blood seeped through her silk blouse.

Lungs heaving, she rooted through the odds-and-ends drawer and pulled out a roll of duct tape. She rolled him to his side, forced his wrists behind his back, and taped them together. As an extra precaution, she secured his hands to a heavy table leg, then bound his ankles. She slapped a final piece of tape across his mouth. Richard wasn’t going anywhere until the cook arrived in the morning.

Adrenaline and nausea coursed through Beth as she glanced at the clock. She had exactly ten hours to vanish.

Email ThisBlogThis!Share to TwitterShare to FacebookShare to Pinterest
Labels: Amazon, Melinda Leigh, Montlake, She Can Run