She rushed out of the house so fast she forgot to take her coat. 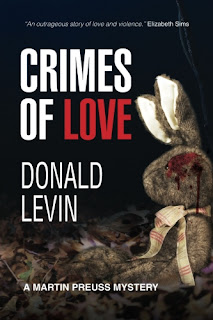 She remembered it as soon as the cold night air hit her bare arms, but she was in too much of a hurry to get away. So she kept going.
Short legs churning, she turned right at the end of her front walk and continued toward Livernois in the darkness of her street. She shuffled through the oak leaves that blanketed the sidewalk. The familiar dry rattle gave her the courage for what she was doing, as did Bea Bunny, her favorite stuffed toy that she hugged tightly to her chest.
At the corner she paused. Now, then. Where to go? She left the house without thinking this through. Who did she know who would take her in? Who would let her stay until she could call her mother to come get her?
Sirens passed on Woodward a block away. When they faded the sound of traffic on the busy main road started again, reminding her of the sighing of the ocean her parents had taken her to last year during their vacation on Cape Cod. Shivering, she remembered how good that had felt—the heat of the sun on her back, the sand between her toes, the salty tang of seawater on her lips . . .
At once she thought of Jamie Sparks, who was in her class at school. Jamie didn’t have a father because he moved out when Jamie’s parents got a divorce, but her mother was nice and her grandmother lived with them. And they had an in-ground pool in their backyard where all the girls went swimming in the summer.
The Sparks home. Perfect.
Jamie lived two blocks down, so she turned right. She was starting to feel better already.
She had not eaten yet even though it was late. Now with a place to go, she knew Jamie’s mother would feed her. She whispered, “Gonna eat soon,” into Bea Bunny’s floppy ear.
Not as many tall trees grew on Livernois as on her own street, so she had a clear view of the stars in the cloudless November sky. She spotted Orion. Her father had started teaching the constellations to her, but Orion was the easiest to recognize. There were his wide shoulders and belt cutting across his body. There was the knife hanging at his waist.
She stopped and stood, lost in thoughts of stars, of heroes and warriors, of rescue and safety, of oceans and pools and summer.
She didn’t see the shadow moving in the trees behind her.
Or the headlights sweeping toward her from down the street.
Or hear the crazy screaming.
Or, in fact, notice anything else at all . . . not even how her beloved Bea had slipped from her grasp and dropped into the pile of leaves beside where she herself had fallen to the ground.

About Crimes of Love
One cold November night, police detective Martin Preuss joins a frantic search for a seven-year-old girl with epilepsy who has disappeared from the streets of his suburban Detroit community. Unwilling to let go after the county sheriff's office takes the case from his city agency, he strikes out on his own, following leads across the entire metropolitan region. Probing deep into the anguished lives of all those who came in contact with the missing girl, Preuss must summon all his skills and resources to solve the many crimes of love he uncovers.
Elizabeth Sims, author of the Rita Farmer mysteries, calls Crimes of Love "an outrageous story of love and violence" that "delivers all the elements of a solid police procedural, including a missing child, a determined detective with a fractured heart, slimy suspects, and a surprising ending." 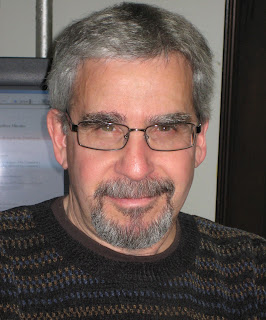 Crimes of Love is available for purchase from Amazon.com, from the publisher, www.CreateSpace.com/3705927, or by order from bookstores. The Kindle version is in the works and will be available soon.
About the author
A prize-winning fiction writer and poet, Donald Levin is the author of Crimes of Love, the first Martin Preuss mystery; The House of Grins (1992), a novel; and two books of poetry, In Praise of Old Photographs (2005) and New Year’s Tangerine (2007). Widely published as a poet, he is professor of English and chair of the Department of English and Modern Languages at Marygrove College in Detroit and lives in Ferndale, Michigan. He has just finished the first draft of the second Martin Preuss mystery.
Please visit Don's website at http://donaldlevin.wordpress.com.
Posted by Chris Redding at 12:14 AM