Excerpt: The squeak of a rubber heel on the deck just behind him and Hetrick looked back over his shoulder. The Don, running hard as though to catch up to him. The man’s face was florid with the exertion and his breathing was an audible rasp. “Hey,” he called out now. “Could you hold up a minute?” 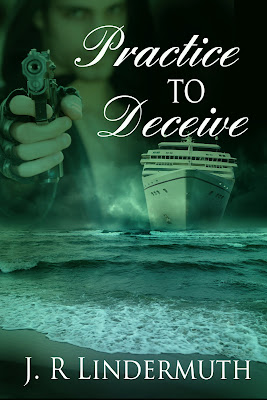 Hetrick stopped and turned to face him. “Are you talking to me?”
The man came up beside him, puffing and nodding his head at the same time. He raised a hand, indicating he wanted a minute to catch his breath. The man wore a yellow polo shirt, tan slacks and boat shoes. Not exactly a running costume, Hetrick thought.
“You sure do walk fast,” the man said, finally. “I had a helluva time catching up.”
“You were trying to catch up to me?”
“You see anybody else?” he said, irritation evident in the tone. “I called to you down below, but I guess you didn’t hear me. I had to chase you all the way up here.”
Hetrick stared at him without saying anything.
“You think we could sit down?”
Sticks looked around, then pointed to a pair of lounge chairs. They walked over to them and the man flopped down on one. Sticks sat on the other. “You were looking for me—Mister…?”
“Marcuse,” he said, extending a hand. “Melvin Marcuse. You’re the cop, right?” Sticks shook the man’s hand, soft and clammy. “A retired one. Dan Hetrick. How can I help you, Mister Marcuse?”
“You heard about the robberies?”
Sticks nodded.
Marcuse scanned the deck. An elderly couple were walking toward them. He waited until they passed and were well out of earshot. “I lost a few things.”
“Have you reported it to security?”
Marcuse inhaled, exhaled in a long sigh. “The watch, the wife’s ring and necklace—those I can afford to lose.” He focused on Sticks, then added, “There’s another thing I’d rather not advertise to just anybody, if you catch my drift. I thought…”
Hetrick raised a hand and shook his head. “I’m not sure you should be telling me this, sir. Like I said, I’m retired. I’m just here on vacation like everybody else.
If you had a loss I think you should be talking to ship security.”
Marcuse pursed his lips. “I’m willing to pay for your help. I got plenty of dough. It can be in cash, if that’s the way you want it.”
Hetrick rose. “Sorry,” he said.
Marcuse gazed up at him. His dark eyes glinted in the light. “Don’t be too hasty, friend. Take your time and think it over.” He stood and extended a hand again. “We’ll talk again later.” 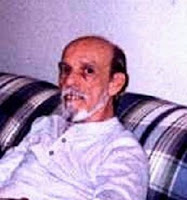 Trouble follows Sticks Hetrick when he and Anita Bailey, the new woman in his life, go on a Caribbean cruise. Though he has no jurisdiction, Hetrick assists a Jamaican police inspector investigate two murders which have roots back home in Pennsylvania.
Meanwhile, Officer Flora Vastine, Hetrick’s protégé and the team in Swatara Creek, are probing mysterious assaults on young women which will put Flora’s life in jeopardy.
Both Hetrick and Flora will learn the past has consequences which can’t be denied.

Bio: The author of 10 novels, including five in his popular Sticks Hetrick series, J. R. Lindermuth is a retired newspaper editor who lives and writes in central Pennsylvania. His short stories and articles have been published in a variety of magazines. He currently serves as librarian of his county historical society where he assists patrons with genealogy and research.
Posted by Chris Redding at 6:49 AM

Thanks for this opportunity, Chris.

Really looking forward to reading this.

John,
"Practice to Deceive" sounds intriguing and, having read two of your other novels, "The Limping Dog" and "Fallen from Grace," I'm sure it is!
It's definitely going on my TBR list!

Another great sounding plot from you, John. I can't wait to read this one.