Tyler Malone: Life as a rock star is anything but boring. Money, power and fame is an addictive drug I crave that gets me off...every time. Millions of adoring fans, willing to do anything just for me to glance their way. What's not to love? All I ever wanted was the one who wouldn't. She's the one person I crave more than the life, more than the money and power. More than anything... 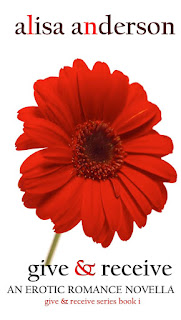 Danny Blake: Some smart-assed reporter nicknamed me the "The Dark Prince," because I shun the limelight. I prefer being behind the scenes, always have. Fame is now a choke hold around my neck, a dark, lonely road that never seems to end. The one light in my life is her. The person who matters above everything else. At one time I thought we could be happy together, but I lost that chance when I married someone else...

Lena Roman: Owner of the infamously notorious nightclub Sadist, head of a massive PR empire; nothing "Queen Midas" touches doesn't turn to gold. Fiercely passionate, loyal and headstrong, she is the woman who loves them both, with a fiery heat that's all consuming. Choosing between her best friend and the one she stupidly allowed at one time to claim her heart wasn't going to be easy...but she had to, right? You can't love two people at once...

Book one of the scorching hot new series, "give & receive.",

Danny started to give Lena a kiss on the cheek and she backed away slightly, instinctively into Ty’s chest. Ty’s veined, sinewy hands surrounded her hips without thinking, almost protective in stance. Possessive even.

The action was duly noted.

He stared at those hands, his hands, for what seemed like an eternity. Then he raised his eyes to lock with Ty’s, as something silent and unspoken passed between them.

He’d be a complete idiot not to see the currents of electricity that existed between her and Ty, even if she didn’t. Or wouldn’t.

Ty knew the same thing about Danny. He had known for years the way Lena felt about Danny, even when she didn’t know it herself.

She never seemed interested in bringing it to the sharing circle, which was odd for two people who talked extensively about everything else.

But she never offered. And he never pressed. Considering his own secrets, even he didn’t have that kind of nerve.

Lena didn’t notice any of this. She was busy watching Danny, who was still close enough to touch. She looked at his cheekbones, shadowed by the dark hair falling forward. She smelled his scent, masculine and uninhibited, speaking of forbidden promise and a hundred different taboo fantasies brought to life in her mind.

Like a gazelle being stalked by a large, hungry cat, her instincts told her she was in danger. She needed to run. Now. From the feelings he made her feel, from the chaotic madness she struggled to maintain when he was near, from the way her heart almost exploded in her chest, whenever she so much as tasted his name on her tongue.

Only then did she realize she was trapped between both men and it was useless to even try and get away. Only then did she comprehend where Ty’s hands were and had been for some time. Only then was she aware of him rubbing her thigh carelessly and she felt a warm flush heat her face.

Danny wanted to rip his hands off of her, but knew it shouldn’t make one crap load of difference to him what they did or didn’t do.

After all…he was a happily married man.

It was just that every so often…the lie he lived every day of his life became almost impossible to stomach. 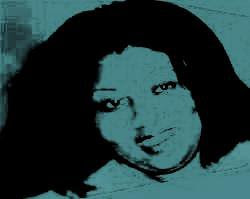 well...alisa did stuff and is still doing stuff. only now she has two boys crazy enuff to want her as their mommy. hey, at least she tried to warn them, so her job is done. she doesn’t like to capitalize, partially because she likes how lower case letters look visually, but mostly out of laziness. please don't judge. it could be you. and she would say, hey. you're alright, buddy. you're ok in my book. now c'mere for a hug. the hug might be pushing it. air kiss? you are strangers, after all, with only a mutual love of poor grammar.

she lives for a world full of controllable anatomically correct, android men programmed to meet her specific feminine needs (wink, wink, nudge, nudge with a big waggle of the eyebrows). who look like the rock. and ian somerhalder. and idris elba. and that's it she promises. variety. gotta have variety, right? but alas...apparently that exists only in johanna lindsey's genius mind. so until then, she enjoys her incredibly warped sense of humor. she reads tons of erotica and romantic, drippy goo that makes her heart go pitter patter. then she thought, hey. what, she said to herself. (softly, of course, so no one finds out she is indeed, 2 nuts short of a fruitcake) maybe you should write this stuff too. maybe someone will like it and maybe buy it. so she said, huh, you think? then she said, well...yeah, i wouldn't have suggested it...(inserts sarcastic tone) and then she was like lose the attitude, ok? then she was all, would you just shut up and write, already? sheesh! and she did. :)

Posted by Chris Redding at 1:28 AM