The Witchy Wolf and the Wendigo 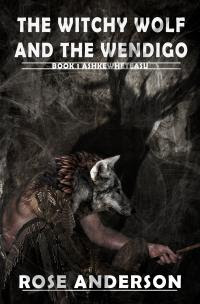 What does an immortal Native American shaman do when the grave he’s sworn to watch over for all eternity disappears under urban development?

His purpose of guarding his wife’s burial mound gone, Ashkewheteasu seeks to end his immortal existence. In his despair, he assumes the form of a wolf and steps in front of a moving car and into the life of Dr. Olivia “Livie” Rosalini. The veterinarian saves the animal’s life, and in the process saves the man within. Unbeknownst to Livie, the dog she’s taken into her home and grows to love is a magical being seeking to win her heart as a man.

While Ash is learning a new world filled with new love, friendship, and happiness, an old menace makes plans to steal it all away; just as he had 3000 years before.

Setting the Stage: Ash and Livie have dinner with her friends, and Ash the ancient shaman is exposed to beer for the first time. At this point, Livie still has no idea he lives in her house as a wolfish-looking dog.

Startled, they broke away from each other, looked at one other with wide eyes, and then laughed. His eyes twinkling with humor, he informed her, “I’m feeling very happy, Livie. I’ll see you soon.” With that, he turned and jogged off into the night.

“Hey!” She laughingly called, then put the car in park in case he returned. Several long minutes passed. She got out and called into the night. When he didn’t return, she headed home. Touching a fingertip to her tingling lips, she realized that man made her feel things she’d never felt in her life. And she wanted him — badly.

Ash felt odd. The sensation was not unlike the altered mental state brought about by the ordeals of his training, when his mind ventured in another world while his body stayed in this one. His earlier jumble of thoughts returned. It is the beer. The beer is bringing this sensation. It was only a guess but the odd feeling was intensifying since the last two glasses.

Knowing he had to resume his wolf form at Livie’s home, he took a deep breath and shifted, but his inebriated mind was not concentrating and he ended up with a raven’s head atop his man’s body. He tried again. Forgetting that he still wore clothes, he found himself a small bird, pinned and struggling under the heavy garments that had fallen to the ground in a heap. He shifted into a feathered snake before taking the form of a mouse and working his way out of a sleeve.

The movement caught the attention of an owl on its nightly hunting foray. Just as it was about to swoop low on silent wings, intent on nabbing the large field mouse, a naked man with a mouse tail and whiskers appeared. The owl, clearly startled, flew off into the night. Laughing, Ash raised his arms and yelled after it, “This is not your night, my brotherrrr!”

Tail and whiskers absorbed into his changing form and once again bare skin grew feathers. He shifted into a raven — a six-foot-tall raven. Laughing at himself, he made his body small and flew fast to Livie’s home, albeit not in a straight line. 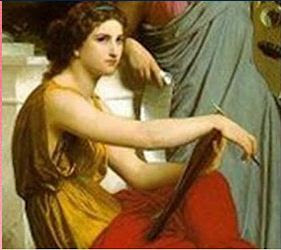 
I love words and choose them as carefully as an artist might choose a color. My active imagination compels me to write everything from children’s stories to historical fiction. As a persnickety leisure reader I especially enjoy novels that feel like they were written just for me. It’s hard to explain, but if you’ve ever read one of those, then you know what I mean. I tend to sneak symbolism and metaphor into my writing and always write in layers. You might say it’s a game I play with myself. It’s really a kick to have readers email to say they’ve found something or to ask if I meant what they think I meant when they read a portion and their brain goes, hey wait a minute… I want people to feel the story was written just for them and these hidden insights are my gift to my readers.

This book sounds great as well. I look forward to reading it.