FIVE WOMEN. ONE NIGHT. ONE YEAR TO GET IT RIGHT.

Ex-SEAL and next-door neighbor Joss Stone has taken everything from diner-owner Heather—and he’s the one man who can give it all back…and more. 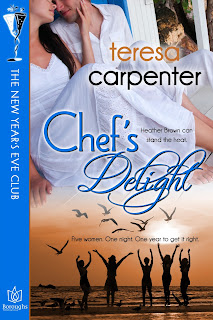 Heather sighed as she watched Joss jog away, his fine tush showed to advantage in thin knit shorts. She was so hot for his bod and all she got from him was a peck on the cheek. Wasn’t that the story of her life? Men thought of her as a friend or sister, rarely as a lover.

Maybe he was right. Maybe she was too nice.

And maybe she needed to do something about that.

A few weeks ago she wouldn’t have done it. She’d be too timid, too nice to contemplate such a bold move. But the hurt she’d suffered and the resulting anger gave her an edge. She didn’t really care if she provoked a little anger in exchange.

She climbed into her car, drove ahead of Joss, and leaned against her car waiting for his arrival. As she anticipated, he stopped when he reached her. Lord, he wasn’t even breathing hard. But he had removed his shirt and his broad chest glistened with sweat.

He had a light dusting of dark hair on his pecs that narrowed into a thin line bisecting his abs. She licked her lips. Sometimes a girl had to go after what she wanted.

“This.” And she threw her arms around his neck. Dragging his head down to hers, she plastered her mouth to his running her tongue along the seam of his lips.

Teresa Carpenter believes with love and family anything is possible. The author of twelve romance novels for Harlequin Books, Teresa's books have rated a Top Pick by Romantic Times and Her Baby, His Proposal was nominated for Best Harlequin Romance of the Year. She lives in San Diego surrounded by her large family. Her day job is in the exciting world of banking. When she’s not writing, she’s reading or attending one of her nieces or nephews sporting events. Her new Princess Camp trilogy is based on fairy tales. 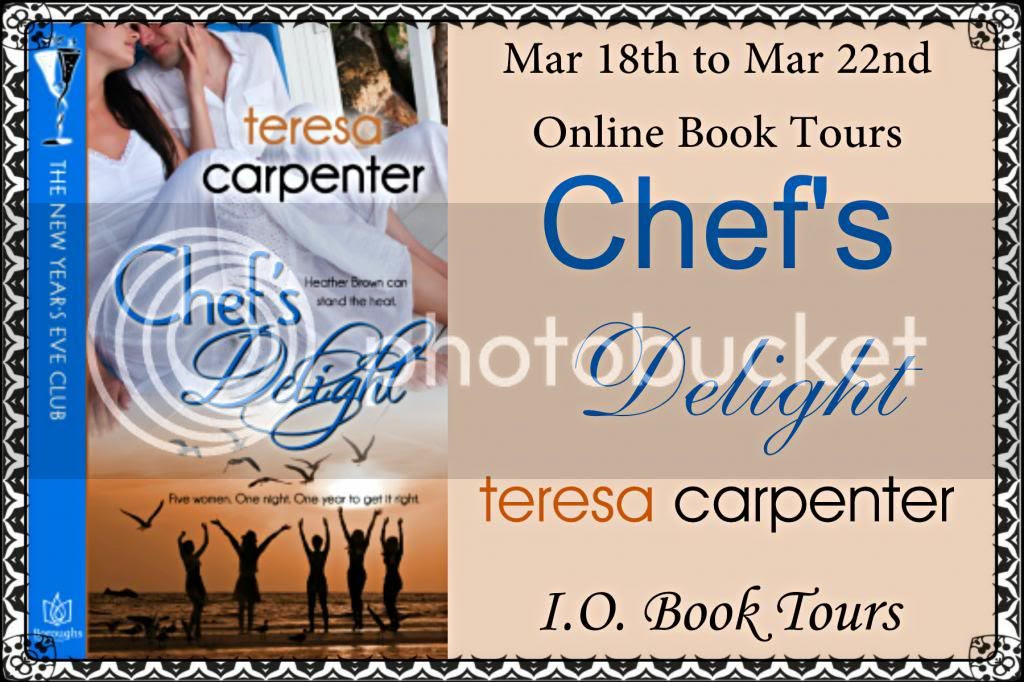 Love this book. The tale of a modern woman finding her own path and true love, and the struggle of juggling the two. :) I <3 Teresa Carpenter

Thanks for hosting The New Year's Eve Club!! It was a blast writing this series.

Thanks Ashley. Life is often a juggling act. Nice when our prize is a SEAL :)