I found this prequel to the Ben Reese series to be an odd book for the genre in a couple of ways. First, the author’s style. It’s pretty far from being similar to Agatha Christie. I like the style. It grew on me. What’s more, it changed in subtle ways from beginning to the end. At first, the rhythms are abrupt, blunt-edged. There are few compound sentences and any number of sentence fragments. Second, while the author is celebrated as a top mystery author, and has several fine mysteries to her credit, this novel has little mystery, being more of a taut suspense-laden thriller. The tension rises and becomes more intense as the novel progresses until we arrive at an excruciating and satisfying climax.

This is the 6th Ben Reese mystery, and is set in a time frame before the others in the series. It is a historical novel with roots in the relationships between the US and European nations, principally the Soviet Union during and after WWII. The novel begins with a murder that occurs in 1947 in Washington, D.C. As an aside, it feels a bit odd to this reviewer to refer to a book as historical that deals with an important part of this reviewer’s life. 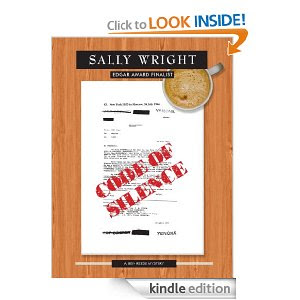 A decade later a second murder occurs near a small university town in Ohio. Several troubling events with no initial connection to the murder have happened to an Alderson University academic. Ben Reese, who trained as an Army Ranger and then served in WWII as a scout behind enemy lines in Europe has joined the staff of the university. He served with various units, including Canadian soldiers at the invasion of Fortress Europe. Now, this talented archivist and ex-military scout, Ben Reese, steps out of the shadows of his wartime career to locate and stop a man who seeks to eliminate all evidence of his previous espionage against the United States by murdering those who know the truth.

The novel is distinguished by the author’s meticulous and extensive research which buttresses the authenticity of conversations between various characters. As always one of the hallmarks of Wright’s writing is her development and presentation of the contextual basis for the actions that take place in her novels. If this novel is flawed it may be, for some readers, the sometimes rambling if thoughtful dissertations on the ever-shifting geo-political realities and the secrecy that surrounded events and decisions that were made at the highest levels of governments.

The novel bears the stamp of a careful writer who doesn’t shy away from descriptions of more brutal aspects of war and their aftermath. For fans of Ben Reese this novel reveals much about the experiences which shaped the character’s attitudes. And, as with other novels in the series, readers will be left with deep appreciation for marvelous character descriptions as well.

I found your great blog through the WLC Blog Follows on the World Literary Cafe! Great to connect!
Please stop by my blog when you can!
Thanks, have a wonderful Wednesday!
http://waynelmurphy.blogspot.com/