The Best Advice I Ever Received

Over the years I've received a lot of great advice about writing, editing, publishing and marketing, so when Chris first invited me to share "the best advice I ever received" I wasn't sure how I could pick just one. Until I remembered what really started everything for me, what set me on the most wonderful journey in my life and has given me my dream…to be a published author and to be read by thousands of people worldwide.

Before I tell you what that advice was, let me share where I was "at" at the time. It was back in 2003, when I was becoming very dissatisfied with the business I was running—a private dayhome—and was stressed out from dealing with demanding parents. Since I was a teen my dream had always been to be a published novelist, but though I'd tried at times to get published, I hadn't realized my dream. And I had basically given up on it.

But giving up didn't mean the story ideas in my head stopped! No! They continued to grow, one story in particular. Disillusioned by past attempts to get published, with enough rejection letters to wallpaper my office twice, I tried to ignore the plot and characters that kept popping into my mind.

One day a non-writer friend came to visit. We were doing Pilates, and the next thing I knew I was telling her my dream to become a published author. I told her the story that had haunted me for two years, the entire plot, twists and all. When I told her how the story ended, I looked at her and saw tears in her eyes. And then she gave me the best advice anyone has ever given me.

She said: "Cheryl, don't worry if it gets published. If it's meant to happen, you'll find a way. Write this story for yourself. Write it because you have to!"

Three and a half months later that novel was finished, edited and published. The novel? WHALE SONG. My "heart book. Now eleven ebooks and nine paperbacks later, I am living my dream, which continues to grow every day. The possibilities are endless. Dare to Dream…and Dream BIG!

And now, here's a small appetizer about my new psychological thriller, SUBMERGED…

From Cheryl Kaye Tardif, the international bestselling author that brought you CHILDREN OF THE FOG, comes a terrifying new thriller that will leave you breathless… 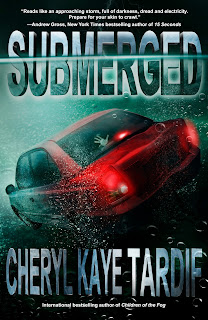 Two strangers submerged in guilt, brought together by fate…


After a tragic car accident claims the lives of his wife, Jane, and son, Ryan, Marcus Taylor is immersed in grief. But his family isn't the only thing he has lost. An addiction to painkillers has taken away his career as a paramedic. Working as a 911 operator is now the closest he gets to redemption—until he gets a call from a woman trapped in a car.

Rebecca Kingston yearns for a quiet weekend getaway, so she can think about her impending divorce from her abusive husband. When a mysterious truck runs her off the road, she is pinned behind the steering wheel, unable to help her two children in the back seat. Her only lifeline is a cell phone with a quickly depleting battery and a stranger's calm voice on the other end telling her everything will be all right. 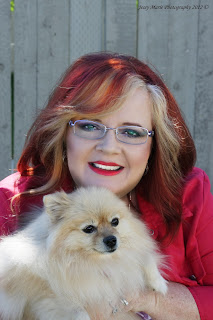 *SUBMERGED has a unique tie-in to Tardif`s international bestseller, CHILDREN OF THE FOG.
Get SUBMERGED today.

Thank you so much, Chris, for hosting me on your blog. I truly appreciate it.

It was great advice, but not everybody listens. Good for you!