How long have you been writing?


I started writing and drawing Black Stallion fan fiction in elementary school. I've been at it a while.

Do you plot, or do you write by the seat of your pants?


I am a pantser. I usually have to write a bunch of stuff before I figure out what the real story is about. Then, in the case of a novel, I set up a calendar and put things in order. With a short story, I just list a sequence of events if it's necessary. If I succeed, I finish the story. If not, I get a trunk novel or story snippet.

What was the first novel you wrote? Did you try to publish it?


I never finished my first novel, which I wrote in longhand. I got sixty pages in and stalled because I didn't know how to proceed after I killed the old rich guy. Yes, it took sixty pages. I realize now that the story I was writing had taken on its own life and was not the one I had intended. Maybe one day I'll know where it should go, but till then it will stay a trunk novel. 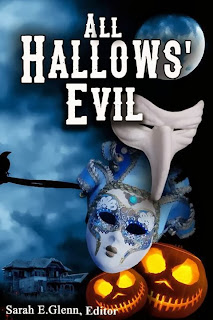 How many rejections have you received?


Enough to know how much it hurts to get one, even when it's not personal and has nothing to do with whether a story sucks or not. Sometimes, the story doesn't suit the publication, but it's still my child and rejection hurts. Becoming an editor means that now I am the one sending the rejects, and I wince every time I do.

What was the best writing advice someone gave you?


It wasn't advice per se, but majoring in journalism helped me overcome my writers' shyness. 'Back In The Day', our classroom was filled with typewriters and stacks of paper. We'd enter the room, and facts would be written on the board. The professor would inform us that we had X number of minutes (usually 15-30) to bang out an article that was X number of double-spaced pages. The articles were taken up, but rarely given back unless we'd displayed egregious errors in spelling or grammar. Years later, I realized that the lesson was in providing text on deadline, not writing well. Later, of course, we took editing.


In All Hallows' Evil, I was looking for mysteries that were really interwoven with Halloween in one way or another. While choosing the stories, I had to think about how to define a mystery; I received many submissions that were straight-up horror. I like horror just fine, but that's not what I asked for. I decided that the story should contain a crime and preferably involve some investigation. Neither necessarily had to involve human agents. There are some good old-fashioned shootings and head-bashings, but there are other stories with paranormal elements. In one tale, 'An Echo of Samhain', both the crime and the investigation are conducted with magic.

What do you consider your strengths in terms of your writing?


I'm good with spelling and grammar. Not perfect, but good. I read so much as a child that I developed a decent sense of what 'looks right' in a sentence. Later, I got a degree in journalism and spent some time as a grad student in classical languages, which helped me learn the whys and expanded my vocabulary. Oh--apparently, I am also funny.

What do you consider your weakness and what strategies do you use to overcome them?


I love making up characters, but plotting... well, that takes work. Writing mysteries is a bit of a challenge. I have to figure out what the crime was, who did it, how they did it, and then figure out how the detective is going to figure it out. My most successful strategy: asking myself what the characters are going to do instead of how they're going to 'deduce' stuff. I also watch Columbo reruns for tips. Every episode identifies the killer and the crime at the beginning of the story, and the entertainment comes from watching him solve the mystery.


I love reading Louise Penny, Anne Perry, and Robin Cook. Each of them makes me think. Penny has a fantastic grasp of human nature and its failings, Perry takes us into human darkness and moral choices, and Cook shows us the consequences of medicine without ethics. Everyone remembers Coma, but he has written books exploring medical tourism in India, how the discovery of genetic markers of disease will affect our insurance, and why curing diabetes would be bad for some businesses. I usually avoid thought-provoking books and films, but these authors manage to do it by giving me a nice murder or two to puzzle over. I write nothing like them. 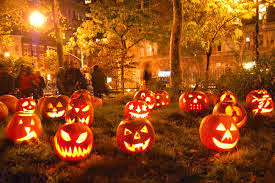 What is your favorite word?


In terms of usage, I'd say it probably had four letters. I do have a personal fondness, though, for the word 'defenestration'. Close followers are verisimilitude and soi-disant. My favorite German word is regenschirm. My favorite ancient Greek word is adyton.


Sarah E. Glenn, a product of the suburbs, has a B.S. in Journalism, which is redundant if you think about it. She loves writing mystery and horror stories, often with a sidecar of funny. Several have appeared in mystery and paranormal anthologies, including G.W. Thomas’ Ghostbreakers series, Futures Mysterious Anthology Magazine, and Fish Tales: The Guppy Anthology. She belongs to Sisters in Crime, SinC Guppies, the Short Mystery Fiction Society, and the Historical Novel Society. Before editing for Mystery and Horror LLC, Sarah edited two different newsletters and was a judge for the 2011 and 2012 Derringers.


Thirteen stories devoted to crime at Halloween. Sometimes the holiday is the impetus, other times it merely provides a stage on which crime comes to fruition. In this collection, you will discover that not all detectives or criminals are human. You will find tragedy in Detroit and comedy at a costume party. A murder play where one of the actors isn’t an actor. Incest alongside taxidermy. And the reason for the season.

Info on the book and how to buy it can be found at:
http://www.mysteryandhorrorllc.com

It will be on sale at Amazon.com and Smashwords.com . Launch date was September 18th.

Posted by Chris Redding at 2:13 AM

Email ThisBlogThis!Share to TwitterShare to FacebookShare to Pinterest
Labels: Halloween

hey nice post meh, I love your style of blogging here. this post reminded me of an equally interesting post that I read some time ago on Daniel Uyi's blog: Overcoming Shyness .
keep up the good work friend. I will be back to read more of your posts.