Anyone who reads more than one of my books, will probably get the idea that I love cars. In Blonde Demolition, my heroine Mallory has a car and a truck. In The Drinking Game, Jennifer has a Porsche 911. In Along Came Pauly, Daria has a classic Mustang.

I do love cars and driving. I know. Odd for a girl, well maybe not. Except for my first car, all of them have been stick shift. Yes, I love to drive.

I also love to name my cars. My first car, a used 1969 Ford Fairlane, was named by someone else, when he was drunk. He decided my car was named Tyrone. The name stuck and I've named every car I've had since then ( in the U.S.) except for one because it was a temporary arrangement and I really didn't like the car. 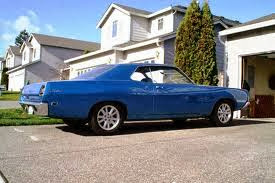 After the Fairlane was sold for scrap, I bought a light blue Datsun 210. Not a B-210, but a 210. This car brought me to University Park and helped me deliver pizza for three years while I went to school That was Buffy.

Then, as a graduation present, I bought myself a Mustang GT. 302 engine with a four barrel. Eight cylinders of American Muscle. Silver with some black on it that car was named The Beast. I loved that car, but is was a piece of crap.

Thus ended by foray into American cars. Next I bought an orange Toyota Celica I called The Pumpkin because the orange was that color.

That was sold when we moved to England. For some reason I didn't name the car I had in England. Nor my husband's. Not sure why.

Then my journey with German cars began. I had a Jetta that I called Wolfgang Jose. Wolfgang because it was a German car. Jose because it was actually built in Mexico. I cried when we sold that car because I brought both my kids home from the hospital in that car. 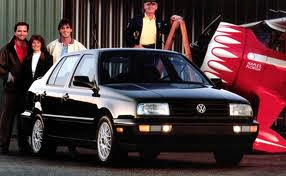 Next came my first mommy car, my Passat wagon. That was Dieter. My oldest son now drives Dieter. We could pack so much into that trunk.

Now I drive a used BMW X-3. Bright red. My first red car and I may never go back to another color again. This car is Otto.

And yes, i talk to Otto as if he is human. I've done that with all my cars.

Have you ever named your car?

Posted by Chris Redding at 1:58 AM