Would a modern day woman marry for convenience to protect the identity of her daughter? Yes! But, Kelly Mancer doesn’t want a man. Any man. But danger has a way of changing a woman’s mind.

Alex Gentry needs Kelly Mancer, but convincing her to help him in his pursuit of a dangerous enemy who’s enamored his younger sister would not be easy. Soon the tables turn and Kelly becomes the prey. Alex may save his sister, but at what cost?


. . .Kelly slid under the water to rinse the conditioner from her tangled hair. Let the heat seep into her sore muscles. She stayed under until she was forced to rise for air. 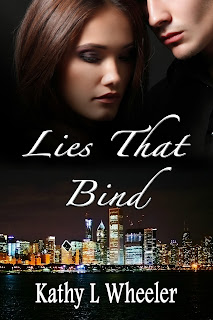 “Happily, cleaning the kitchen, on her own.” He grinned, turning her insides to mush.

“Of course not. I told you, she’s happy to do it.” Alex sat on the closed seat of the toilet, legs stretched before him crossed at the ankles, arms folded, holding a piece of paper.

“I am. I’m sitting over here, aren’t I? When I’d rather be in there.” He pointed. “With you. Besides, I brought you more coffee.” “You did?” She’d forgive him anything for that. Her irritation shifted to gratitude.

Alex handed over a new cup to her outstretched hand. One glance, showed he’d doctored it. Most likely perfect. His eyes, burning with heat, never lifted from the water.

“Did you want something, barging in here?” She eyed the paper he held warily.

He looked up quickly, clearing his throat. “Oh, yes. I…I wanted to ask if you were all right?”

“Sex?” he echoed. Alex shook his head, drawing a quick smile from her. Apparently, he’d been as affected as she. “No, I want to talk about Streets.”

“Can you think of a better time?” He leaned forward and dropped a kiss on her lips. “You’re naked, warm.”

Her cheeks flamed. “What’s that in your hand?”

“This?” Alex waved the paper in the air. “Colorado marriage requirements. I just printed them. Off Colorado’s state site.”

“Don’t be ridiculous,” she snapped. “We are not getting married. I told you last night, we could just say we did it back then.”

“Did it?” he repeated, narrowing his eyes on her.

That bland tone might land him in the lake, she fumed. Or the creek. It didn’t matter to her.

“Kelly, think of Taylor. If Streets saw you with her, he might put the timeline together. Maybe demand a DNA test. If we were to marry, no one would question anything if we made the union legal. People will think what we want them to think. Even that bastard.”

Damn it, he had a point. She narrowed her eyes on him. “What makes you think I’ll see Streets? You said there wasn’t any chance.”

Kelly stopped as his words penetrated. “Are you telling me…” The need to think was overcome by the onslaught of a panic attack. Her chest constricted with her ability to breathe. “There’s a chance…You’re telling her there’s chance I’ll see¬—” She couldn’t even say his name, at this point. She’d kill Alex. But first she’d marry the son of a bitch and take him for everything he owned. 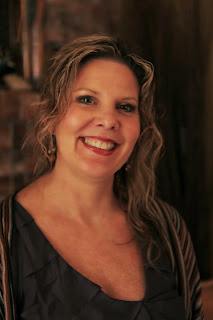 Kathy L Wheeler (a.k.a. Kae Elle Wheeler for her historical fiction) has a BA degree from the University of Central Oklahoma in Management Information Systems that includes over forty credit hours of vocal music. As a computer programmer the past fifteen years, she utilizes karaoke for her vocal music talents. Other passions include fantasy football, NBA and musical theatre. She is a long time member of several RWA Chapters, including DARA, and The Beau Monde, and now serves as Programs Director for the OKRWA Chapter. As an avid reader of romance and patron of the theatre, her main sources of inspiration come from mostly an over-active imagination. She currently resides in Edmond, Oklahoma with her musically talented, attorney husband, Al, and their bossy cat, Carly.

Thanks for hosting me, Chris.