In SNAP: Love for Blood, the Kandesky vampire family is holding a trial for Matthais, the head of their rival family, the Huszars, for murder. 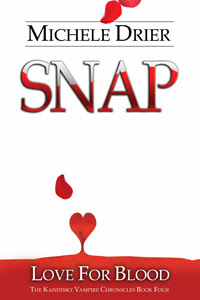 “Do you know of another one?” Jean-Louis’ right eyebrow disappeared into his hairline.

“No. No. But this is just the beginning of the season. I’d think free-lancers could do whatever we needed.” We usually ran a winter wrap-up of the world’s chi-chi ski places and Gstaad, along with St. Moritz, was always big with the see-and-be-seen crowd. I was way too far up the SNAP masthead to cover any of that, though.

Now the left eyebrow joined its brother. “You’re kidding! You think I’m suggesting you cover something?”

Here we go again, talking at cross-purposes. “Why else would I want to go to Gstaad? Or were you thinking of a little winter holiday?” Hmmm, I could do that. Me and Jean-Louis under an eider-down duvet, watching the moon rise over the snowy mountains sounded like a wonderful after-Christmas present. Even with the trial coming up and the family gathered, mid-winter was a time the Kandeskys loved. It was dark for upwards of fourteen hours a day and they had more time to party—or work or plan for war.

“No duvets for me.” Rats, I didn’t shield that idea very well. He gave me such a big smile that his fangs showed. “Just you.”

“What the hell would I want to go to Gstaad for, by myself?”

“That’s for cover. I’d really like you to go to one of the spas at Montreux for a few days.”

That one hit me while I wasn’t looking. “A spa? My God, I have room service, hot and cold running demons, some of the best food this side of Austria! And you, let’s not forget that!”

He had the grace to glimmer at that. “All that’s true, but we need to have some disinformation. Next week, we’re going to have several of the Huszars, the younger, disaffected ones, here for depositions and briefings and it wouldn’t hurt if you weren’t here.”

I watched him, watched the ideas taking shape and read the paths he was testing. Being privy to his thoughts if they weren’t directed at me, was like an abstract painting, all swirly and angled with a few points of clarity sticking up. I couldn’t follow him and he knew it. This idea, though still unformed, had possibilities. 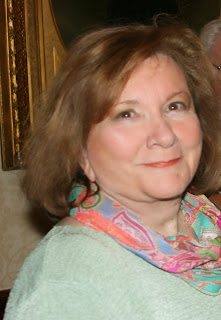 
After finding herself trapped in the Huszar vampire’s compound, Maxie uses the mind control techniques Jean-Louis taught her—with disastrous consequences. Set against the backdrop of the murder trial of the Huszar family leader, Matthais, Maxie and Jean-Louis fight for her sanity and their love.

Will she manage to face and conquer her fears or will Jean-Louis lose her as he lost his great first love and wife, Magda?

Posted by Chris Redding at 4:46 AM

I always enjoy reading or in this case rereading parts of the SNAP series! With the unusual cold weather we've been having I can really snuggle up with the concept of crawling under the covers! (-;