I always wanted to write, especially for a newspaper. After college I got a job as a small town correspondent for an area paper and loved it. I admit my news stories wouldn't have made the New York Times -- club meetings, special events, and the like. I even was guilty once in a while of those "Mr. and Mrs. Jones called on Mr. and Mrs. Smith last Sunday" notices which sometimes appeared in those days. I actually had a little office in our small downtown and people stopped in to bring news and chat, often every day -- the Chi 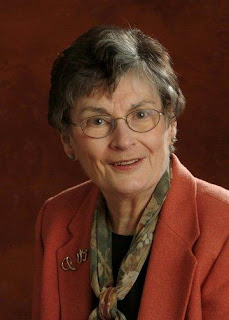 ef of Police, a reporter for the weekly paper, passers-by. Many happy memories.

2. How long have you been writing?.

Some years later, as a high school librarian, I became interested in a career education program our district was considering and served on the committee to plan it. I thought it was such a great idea I applied to head up the program and took a leave from my regular job and worked in the program full time as a career counselor for a couple of years. I worked with teachers and classes of students on lessons designed to help students see how they could apply what they were learning (and what they liked) in high school to their career choices. As an offshoot, I wrote articles on career and career guidance for three small publications for high school students and contributed to area papers. I wrote articles on career topics for 10 or 12 years and added some travel pieces as well. Knowing I was going to write something about a place I visited sharpened my interest and made trips more fun.

Whille I was working as a high school librarian and part-time career adviser, I had a captive audience of students who provided me with the information about their summer and part-time jobs which jump-started my articles. Every fall I'd asked questions --- What did you do last summer? What were your duties? What did you like, not like about the job? We live in a resort area and these and other questions gave me ideas on what to write about in my career articles. Of course, I did research and included advice from experts who spoke and wrote about jobs and job search techniques.

When I retired, I lost my captive audience and switched to mysteries. I was lucky to take some outstanding courses from area writers, especially from a mystery writer, Matt Witten, from nearby Saratoga Springs. Matt is now a screen and tv writer who's written for Law and Order, Poltergeist and other programs. I took Matt's good advice and submitted my first mystery, An Affinity For Murder, to the Malice Domestic organization (I urge anyone interested to check out their web site or e-mail me questions). The day I got the telephone call saying I'd won a Malice Grant ($500 then, now $1000 and the registration fee for the Malice Conference held each spring in Washington) was one of my best days ever. Two years later Affinity was nominated as a Malice Domestic Best First Mystery and that was a terrific day too.

4. (5) What drew you to the subject of Cold Winter Nights?

My mysteries take place at Lake George, a beautiful 32-mile-long lake in upstate New York which is rich in history (French and Indian War battleground, Rogers' Rangers,) economic development, environmental concerns and tourism. My first four Lake George Mysteries (An Affinity For Murder, Beneath The Surface, Best Laid Plans and Secrets Dark and Deep) take place in summer or stretch a few weeks into fall. I wanted to set one in winter because there are so many interesting events to include. I set scenes at a holiday concert and party, at the New Year's Day Polar Bear Plunge (an annual extravaganza when almost 1000 adults and teens rush into the freezing waters of the lake to celebrate the start of a new year), at Gore Mountain's beautiful ski area and at a fictitious Carnival on the Ice, complete with a murderer disguised in a Mardi Gras mask.

My protagonist, Loren Graham, left New York City and moved into the house her grandparents left her in sleepy, little Emerald Point. She got involved in the life of the town and has been elected mayor. Loren is a buttinski, a snoop, a truth-seeker, a person who likes to get to the bottom of things. That's why people already guilty of murder are always trying to kill her. I prefer not to antagonize people, especially murderers.
Posted by Chris Redding at 11:57 PM