The mid-afternoon storm arrived without notice. Lightning slashed through black thunderheads, and wind screamed in from Hawk Channel, threatening Key West on this wintry afternoon. Palms bent in the onslaught. Surprised gulls fluttered a moment then dropped like stones onto the beach where they huddled together for protec 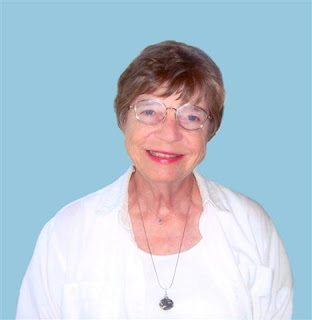 tion. The weather matched my mood. I turned my back to the wind and strode away from the sea, heading toward Eden Palms.
I had no trouble entering the Shipton mansion in Old Town . Locals throughout the island knew Francine as an outgoing hostess who welcomed friends and family whether or not they called ahead to announce their impending arrival. Gaining access to the upstairs, the home’s second floor suite that Francine claimed as her private quarters, was sometimes more difficult, but not for me.
“Hello, hello,” Francine called through her front doorway when she saw me on her veranda. “Do come inside. I’m getting ready for this evening’s meeting—plumping the pillows and all that. This cold snap’s supposed to blow itself out quickly.” She gave me a puzzled look. “Is there some problem?”
“Not at all.” The wind blew the screen door shut with a bang when I stepped into the spacious foyer and bent to kiss her cheek. “You’ve a big evening ahead of you and I wondered if you might need some help before your guests arrive.” I glanced around, seeing nothing amiss. “Need some chairs carried into the solarium? Extra ice toted to the freezer? How many people are you expecting?”
“Just a handful—my near neighbors. Of course they’re among the strongest protestors. Want to convince them to see the situation from my viewpoint.”
I looked up the curving stairway. On the balcony, I saw the thing I’d expected to see—the inlaid teakwood card table Francine always used to serve coffee. The situation couldn’t have been more perfect.
“I know you’re counting on using that card table, Francine. You shouldn’t try to carry something that big and awkward down the steps. Let me give you a hand.” Francine smiled and I started up the steps before she could argue. Counting each polished step from one to twenty-three helped divert my thoughts from the horror I knew was to come.
“That would be a help.”
Francine followed me up the steps. At the top of the staircase she picked up a blue dust cloth lying on the table.
“I started to dust, but I got sidetracked.” She began swishing the cloth across the table.
I took the cloth from her. “Let me do that for you, please.” I took my time brushing non-existent dust from the table legs, all the time jostling her just enough to get her in the best position possible.
“Oh, look, downstairs.” I nodded toward the veranda doorway. “You have more guests.”
She looked, and in that moment I acted. Placing both my hands on her hipbones, I gave her a hard shove. Her scream gurgled into silence when her head cracked against the banister and her body thudded down, down, down the glossy steps. Now I clutched the pistol I’d hidden in my jacket pocket. I waited. Her head lay skewed at an odd angle and she didn’t move. I wouldn’t need the gun. .
I dashed down the stairs, felt for her pulse, found none. Then reaching into my other pocket, I pulled out the dead blacksnake. I knew the medical examiner would know she hadn’t died from snakebite or from suffocation, but I also knew the shock value of seeing the snake would give both the police and the town gossips much to speculate about in the days to come. Who hated socialite Francine Shipton enough to murder her? Who?
I wrapped the blacksnake around her neck twice before I pried her mouth open and stuffed the snake’s head between her teeth and on down her throat. The wind had died down by the time I stepped back onto the veranda. In an unusual stillness, I headed for home.


Wannabe singer and song writer Bailey Green arrives in Key West , Florida at the invitation of her benefactor, Francine Shipton, planning to live in Francine’s guest cottage on her Eden Palms estate, only to find that Francine has been murdered. Neighbor Winton Gravely discovered Francine’s body lying at the foot of a stairway at the Eden Palms mansion with a black snake stuffed down her throat. Murder suspects are Francine’s son, Zack, who will inherit her estate, and her near neighbors Dr. Gravely who operates a private clinic for the wealthy, Tucker Tisdale a funeral director, glamorous realtor Courtney Lusk, and yardman Mitch Mitchell, Bailey Green’s brother now living in the federal Witness Protection program to hide him from drug dealers. Francine has angered her neighbors by planning to donate Eden Palms as a safe house for the homeless.

Zack dates both Bailey and Courtney, to Courtney’s chagrin, and he asks Bailey to help him find Francine’s killer. Bailey reluctantly agrees although she fears that Zack may be the guilty one. Zack suspects Bailey’s brother, Mitch. How easy it would be to implicate the lowly yardman rather than a respected neighbor. To further hide himself, Mitch avoids his apartment, sleeping outdoors with a new-found homeless friend, Wizard. When Wizard disappears, the police have little interest in finding a homeless guy. Only Mitch spearheads a search.

In helping Zack search for Francine’s killer, Bailey discovers that Wizard has been murdered, and as she tries to get police help to prove this, murderers kidnap her. Bailey faces certain death at the hands of black market thieves who deal in selling body organs to research facilities. Her last minute rescue by Zack, Mitch, and the police saves her life.


Eden Palms Murder is a fast-paced thriller that will keep the reader turning the pages. Its surprise ending and its diverse cast of oddball Key West characters points up the fact that even the most altruistic of social programs can have a dark side.

Author bio: Dorothy Francis divides her time between Iowa and Florida , living with her husband and sharing his love of the sea. In her spare time she reads, plays bridge, and volunteers at the Key Deer Refuge Center .

Blurb: Suspense, Murder, Romance-----EDEN PALMS MURDER has it all.
Posted by Chris Redding at 11:29 PM