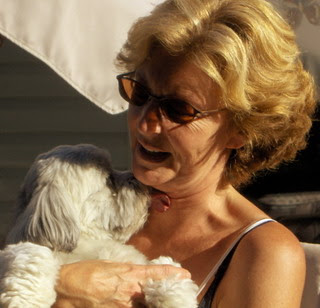 Lady Gaga didn't show, but I have MC Halliday sharing a scene from her book.


ExcerpTuesday: I Came Up Stairs: A Victorian Courtesan’s Memoirs, 1867 to 1871 by MC Halliday.

Led from filth and poverty by a gentleman in the hopes of gaining coin for his purse, Mae is shaped into a lady and tutored in the arts of pleasure. With raw sensuality, she creates a seductive dance that entices the peerage in puritanical England, and she quickly becomes favored courtesan to Prince of Wales. Her renown and riches ever rising, she continues to romp with gamely men and women of both the nobility and the lower classes. Eventually, Mae’s bohemian ways cause suffering for those she loves and her own heartbreak. Must she conform to Victorian mores, or can she remain true to her sensual desires?

These intimate memoirs reveal a young woman’s journey from the slums of Whitechapel to celebrated dancer of the Victorian music hall, and courtesan to the highest peers of the British realm. From the years 1867 to 1871, Mae recounts her varied lovers and false loves, and her heartbreaking losses in a quest for happiness.

“I came up stairs into the world, for I was born in a cellar.”

The squalid room where I was born was much less than a cellar, for the stairs led only downward to the stinking streets of Whitechapel, where misery draped over us as heavy as the coal soot-laden air. We were filthy and neglected as the derelict structures, and our subsistence was made worse by the urine and feces ever emptied from chamber pots onto the street cobbles. Splashes oft occurred from the higher windows, and once, a full pot was tipped upon my head. Without fancies such as bathing or washing clothes, I had to abide the dousing. Every drop of water hauled from the fetid river in a rusted bucket we set aside for a boiled dinner of potato and cabbage.

Seven of us lived in the small room above the butcher. We kept to the streets to escape the bickering and steady smell of rotting flesh and sour blood. The scurry of rats heard in the walls by day became a persistent scuttling over us at night. My brothers, sisters and I slept together on a heap of flea-infested straw with our boots on and one thin blanket wrapped tight against the damp.

Mam and Da would come in late of an evening, singing and falling over us until my da would curse and kick before falling onto his narrow bed. And my mam laughed and laughed in that shrill way she had until she dropped beside him. After, I would listen to the little ones crying and Da’s snoring as I pushed at the rats until sleep took me again.

I was Mabel Gray in those days, but I left that life and name behind the night I met Mr. Roger Vickers.