I like to read and write contemporary stories, stories that reflect the real world around us. The real world is fraught with plenty of controversial, sometimes frightening, and sometimes angry topics. People show they can be ugly sometimes; others show genuine heroics in the face of enormous catastrophies. I try not to shy away from this realism. 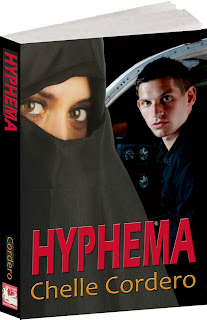 Although I am admittedly opinionated and passionate-in-my-beliefs, I try not to infuse my characters with my attitudes. I want each character I create to be an individual with their own views and their own motivations. Some of the topics I’ve included in my stories include rape (female AND male), homosexuality, promiscuity, politics, prejudice, obsession, greed, and betrayal.
None of my characters are all good or all bad (even if a few villains came close) just like in real life where no one is all one way or the other – somehow even the most detested still have someone willing to love them. That’s life.
I’ve heard comments about a few of my stories and the themes I’ve written about; thankfully I’ve gotten more kudos than protests.
The most controversial topic I’ve included in my stories (so far) was in Hyphema. Hyphema features an interracial and intercultural marriage between a red-blooded Caucasian American Christian male and a Pakistani Muslim immigrant – the story takes place in a post-9/11 world. The cover shows a beautiful young woman wearing a Berka (scarf and face covering). I’ve certainly heard strong reactions and I am sure there are a few who would never read the book simply because of widespread prejudices and fears since 2001.
A quote from a review of Hyphema says, “Cordero meets headlong a number of real problems facing her characters. She doesn't sugar-coat cultural differences and prejudice…” 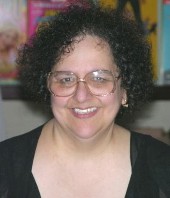 Subject matter should matter and when it evokes strong feelings and discussion, I believe that I have done my job as a writer. I tackle contemporary subjects and real life situations because I want folks to THINK long after they put my book down.
~~~~~~~~~~~~~~~~
Bio:
Chelle has come a long way since first joining the Vanilla Heart Publishing queue of authors nearly two years ago with her first novel, Bartlett’s Rule. Now with nine novels on the market, she has solidified her standing as a Romantic Suspense author (7 romantic suspense & 2 mysteries.) She also has short stories in the VHP anthology With Arms Wide Open, Mandimam’s Press anthology Forever Friends, the VHP anthology Nature’s Gifts, VHP anthology Passionate Hearts and Mandimam Press anthology Forever Travels.
Bartlett’s Rule was named one of Carolyn Howard-Johnson’s Top Ten Reads for 2009; Final Sin was a 2009 Pushcart Nominee; and Hostage Heart, Final Sin and A Chaunce of Riches were nominated in the 2009 Preditors’ and Readers’ poll and had top-ten finishes. Chelle Cordero was recently featured as one of the authors in “50 Great Writers You Should Be Reading” published by The Author’s Show in 2010.
~~~~~~~~~~~~~~~~
Blurb:
Hyphema: Bleeding in the eye caused by trauma.
Matt Garratti, a paramedic from New York, moves his wife and son to North Carolina to work at his dream job as a flight medic. Pakistani born Sudah, his wife, receives frosty stares and insensitive comments from their new neighbors. Before long, Matt wonders if he is pursuing his dream or bringing his family into a nightmare from which they may never wake.
Posted by Chris Redding at 11:54 PM

Thanks so much for hosting me here Chris!

As usual, Chelle, you nailed it.
Marilyn

Thanks so much for coming by Marilyn.

I enjoyed reading your comments.

Thank you for stopping by Eda.