Excerpt:
In this scene, is jealous that his brother Alex accompanied Rachel into the fort to shop. Because of his disguise as a priest,   can't do anything about it. 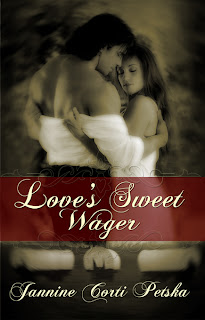 shrewdly watched Rachel ride into camp alongside his brother. His gut twisted every time he saw the two together. He was still irked at Alex for accompanying Rachel into the fort on the premise that Mrs. Larson called for the priest. The lie battered his mind, and he’d conjured up many reasons for Alex’s duplicity. The moment his brother left Rachel alone, walked up to her before she had the chance to dismount.

She touched the hat, seemingly guilty for wearing it. “Yes, it is. Alex bought it for me—I mean…he—”  She pressed her lips together in displeasure then stated bluntly, “I didn’t ask him to buy it.”

Her familiarity with Alex’s name raised ’s suspicions. It slipped off her tongue as if she’d spoken it a hundred times before. He doubted the gift didn’t mean anything. Knowing his brother lavished gifts on the women who had succumbed to his charms turned ’s gut inside out. He scowled while thinking up ways to make Alex suffer for his indiscretions. inhaled deeply to collect his unhealthy thoughts and control his precarious temper.

“I see you have your own gloves.”

She bunched her hands into her skirt and indignant fire flared in her eyes. When she sat up taller with a look of challenge, his gut twisted tighter.

“I cannot lie to you, Father. Alex bought the gloves, too.” She pulled blue material out of her saddlebag. “And the reticule.”

Apparently, guilt rode her to tell the truth. 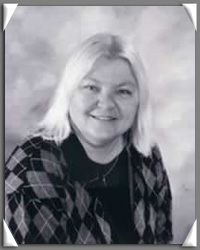 She swung her leg over the horse’s neck to dismount. curved his fingers around her small waist, forcing her hands to his shoulders as he set her to the ground. Remembering his place, he dropped his arms like felled trees.

“Apparently you and Alex are on friendly terms now.”

Her sunny smile stole his breath. “Yes, he and I are on friendly terms now.”

A tick worked along ’s jaw, and he couldn’t do a damn thing to stop it. He felt a burning need to ask how friendly. Instead, he chomped his teeth together and pried his lips apart with a reserved smile.

“May I help you unsaddle your horse?”

“Believe me, it’s no trouble at all.” He clenched his jaw. Better me than Alex.