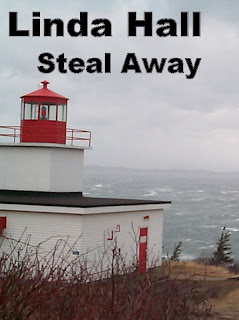 Linda Hall has written eighteen novels of mystery and suspense, plus many short stories. She has also worked as a freelance writer, news reporter and feature writer for daily newspaper.
She grew up in New Jersey where her love of the ocean was nurtured. Most of her novels have something to do with the sea. When she's not writing, Linda and her husband enjoy sailing the St. John River system and the coast of Maine. In the summer they basically move aboard their 34' sailboat aptly named - Mystery.
She is currently working on a new mystery series featuring a female boat captain.
BLOG:
Just Say No - or why I choose not to read my Amazon reviews
By Linda Hall
That’s right. I don’t read my Amazon reviews - or any reviews for that matter. This was a practice I began a long time ago when reviews were something professional people known as “reviewers” did for newspapers or magazines. After a couple of times of being on the floor because of a bad review, or basking in superiority when I got a good one, I decided that neither was a place I wanted to be.
And now with places like Amazon and Goodreads and personal blogs, everyone can be a reviewer. Book blogs abound. Don’t get me wrong. I’m not saying this is a bad thing. I often go to them when I’m looking for something to read. I just don’t read my own reviews.
And you don’t have to either.
I like what John Locke says in his How I Sold 5 Million eBooks in Five Months. If you get a poor review, (and everyone does) all it means is that someone from outside your target audience read your book. William P. Young who wrote the bestseller The Shack says essentially the same thing when he writes in his foreword, that if you don’t get anything out of this book, it wasn’t meant for you.
I like that. And since we’re now into a new year, it might be time for a few writerly resolutions. Maybe not reading reviews, or obsessing over stars or lack thereof might be a good one. I just know that this year I want to focus more on my writing, not on what people are saying about it.
This year I also plan to re-study some of my books on the craft of writing. I have shelves of them, books I haven’t looked at in years -  Telling Lies for Fun and Profit, Writing the Breakout Novel, Self-Editing for Fiction Writers...I’ve got them all. This year, I’ve decided to go back to them and read and study a chapter a day.
I will continue to be ‘out there’ in terms of Twitter and Facebook, but my main focus will be writing. 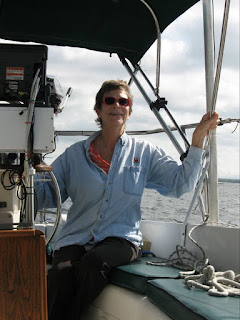 A few years ago I was at a writing conference, and one of the agents there had these parting words: “Get off the internet and write better books.”
That’s something I would like to do in 2012.
Posted by Chris Redding at 12:07 AM

That's good advice, Linda, though I doubt I'd have the willpower not to read reviews about something I'd written!

What are some of your favorite books about the craft of writing? I want to invest in a few, but I'm not sure where to start. I'm interested mostly in fiction writing, as well as non-fiction articles.

Have a great year writing - I look forward to reading whatever you write!

One of my favourite fiction craft books of all time is SELF-EDITING FOR FICTION WRITERS by Renni Browne and Dave King. IMO, it's one of the best.

Good for you! If books are selling well, what the reviews say is of little consequence, and worrying about them won't change them anyway. To keep improving, I think reading, writing and studying the craft have to be a top priority. I'm still trying to keep a good balance between the three!

Great advice, Linda! And a good plan for a year filled with writing. This had made me think about making a few resolutions of my own.

'Writing better books" is what we writers need to do, and I have seen writers completely demoralized by a 'bad' review, so much so that they wonder if they should go on. Yes, devoting time to reading good novels and craft books on the subject is what we need to do.

Excellent advice, Linda! Not that I have the willpower to take it. LOL. But what you and John Locke and others have said is totally true. I can read a 1-star review for one of my books and shrug it off. It doesn't mean my book is a 1-star book, but rather it was a 1-star experience for that particular person. :)

I'm late - as usual! I like the idea of re-reading books on the craft of writing. Don't suppose you'd write a review of each book you read? I could use a few recommendations.
Love the picture of you sailing!

I can't help it. I have to. It's like a magnet. And I always cringe before I read it hoping it's not horrible. I've had a few of those and unfortunately 1 bad review can somehow hit me more than 20 fabulous reviews. But I love reading the good reviews and have been fortunate to have many. Some make me cry! (In a good way.)So if I didn't read reviews, I wouldn't get to share in a readers excitement about my book.

You are so right, Norah. I read some books with 1 star reviews and think they are awesome! And then I read some 5 star ones and wonder what all the fuss is about. :) Kate - Perhaps I will use my own blog to write reviews of Fiction craft books. That's a marvellous idea. I know I could use the brush-up. And Lisa, you are so right - I'm probably missing out on the 'good' ones. Fortunately, I get reader email, so maybe I'm not missing out too much :)

And of course, advice - all advice - should be taken with a grain of salt. What works for one person, won't work for another.

LOL I should actually be writing right now. *cringe*

Maybe some day I won't read my reviews, but since my first book is about to come out, I think I'm going to be compelled to see what people say.