I’ve been writing for as long as I can remember and even sent a short story to Seventeen Magazine when I was in 8th grade. (It was rejected.) But I didn’t start writing seriously until I was on maternity leave twenty plus years ago. The first book I wrote garnered lots of rejections and has never been published. The next book was Murder Among Neighbors, the first in my Kate Austen suburban mystery series and was published in 1994. Since then I’ve published thirteen mystery novels and multiple short stories. 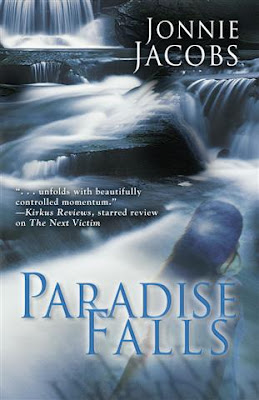 I write mystery novels — the Kate Austen suburban series, the Kali O’Brien legal thrillers, and two non-series books. As an attorney, I’m intrigued by the way that a given set of facts can support two or more plausible scenarios about what happened. Mystery novels are like that. We read to get to the bottom of the puzzle, to past the misdirection and learn the truth about what actually happened. And I like the fact that in fiction, we actually do get to the truth. Real life is sadly less precise. I think of the mystery as the bones on which to hang the human drama that’s key to all storytelling. So character, relationships, past secrets and such are as important to me as plot.

3. What drew you to the subject of your most recent book, Paradise Falls?

Paradise Falls is the story of a woman whose teenage daughter disappears, and what it does to her family when she suspects her seventeen year old stepson of being responsible. It is also the story of the female detective whose own daughter was murdered some years earlier. The starting point for this book was the notion of divided loyalties in blended families, and I tried to come up with a situation that would pose a major challenge to the various relationships. I was also drawn to the idea of missing and murdered children. As a parent, I can think of nothing worse, and I’ve often found myself working through my own fears in my books.

I am definitely in the “seat of your pants” camp, although not by choice. I would love to be able to plot it all out ahead of time but find that I can’t. Until I’m into the story, living what’s happening alongside the characters, I can’t imagine what will happen next or how they will react. I did once manage to plot a book, and while it was actually a pretty clever plot, by the time I’d finished the outline I’d lost all interest in the story. Writing it felt like connecting the dots in one of those children’s games. That book never got written.

I don’t think there’s just one way to work. Authors need to find what works for them. And it doesn’t have to be all or nothing. While I don’t plot, I do usually have some vague notion of the direction of the story when I start and it becomes more refined the further along I go. I can usually plot out a chapter or two ahead of myself so I’m not working totally in the dark.

There are actually two pieces of advice that have helped me. The first is to read widely (especially in your given genre) and to read critically. Note how successful authors handle plotting, transitions, dialogue etc. And note what doesn’t work for you, as well. The other piece of advice was to write a first draft without worrying too much about word choice or even the fleshing out of a difficult scene. Once you have a book down on the page, you can (you must) go back and revise, rewrite, edit etc.

6. What do you do when you are not writing?

When I started out, my non-writing time was devoted to family (my children and husband, and of course, errands and housework.) Now that my kids are grown and my husband is retired I have a much more flexible schedule, which is both good and bad (bad because we travel often and it’s harder to find time to write.) I love the out of doors – hiking and skiing in particular. I’m also a quilter and novice knitter. And a big, big reader.

7. Have you experienced writer's block? If so, how did you work through it?

Some days I am really into the story and the words come easily. Other days, I have trouble getting words on the page. If I’m having trouble with a scene I will sometimes just start typing, a sort of stream of consciousness to myself. Why am I having trouble here? What is the character feeling and why? What’s the worst thing that could happen to her? Another trick is that I’ll put two (or more) characters on the page and let them start talking. This isn’t generally dialogue I’ll end up using, but it helps me get back in touch with the characters, which for me are what drive the story. The key is to get the words and thoughts flowing and re-connect with my characters.

8. What do you consider your strengths in terms of your writing?

I struggle with plot, but dialogue comes more easily. In fact, my first draft of a scene is often nothing but dialogue. I have trouble thinking in the abstract, but once my characters are interacting with each other and whatever is happening, I begin to flesh out how the action with proceed. Some authors are visual. They say they see their book almost as if it’s unfolding like a movie. I tend to hear my book. I hear the characters talking and then I build in the setting.

9. What do you consider your weakness and what strategies do you use to overcome it?

As I noted before, plotting does not come easily to me in the sense that I can’t work a plot out in my head until I’m moving through it. This means I do a lot of rewriting and tweaking. I also have trouble with “little” things, like moving a character from one place to another. If it’s a big move, I’ve learned to just make a scene break and move to the new scene. But getting a character out the front door or from bedroom to the kitchen is sometimes a real challenge!

Another difficulty is that I’m a wimp at heart. I have a hard time with anger and I hate putting my characters in danger, even when I know they will be okay in the end. And it’s almost impossible for me to write a truly evil character. I know such people exist, but try as I might, I end up “humanizing” my bad guy (or gal).

10. What do you enjoy most about writing?

When I was young I enjoyed playing with dolls and making up stories about them. When I was in high school I sometimes made up books to write book reports about (even though I was an avid reader). Now I get to make up stories for real. The characters do what I want them to (nobody else does), they say what I want them to say, and I get to work things out the way I want (not always true in the real world.) 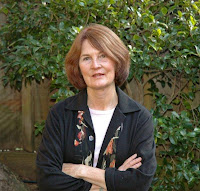 Caitlin Whittington is the second girl in the town of Paradise Falls to disappear. With her daughter's disappearance, Grace Whittington makes some unsettling discoveries about her stepson, Adam. When she uncovers information that implicates him, the fault lines of a happily blended family crack.

Detective Rayna Godwin, hampered by memories of her own murdered daughter, suspects that there is more to the string of unsolved disappearances than meets the eye.

Paradise Falls is the story of a family torn apart by divided loyalties and a dedicated detective who meets her worst fears head on.

Jonnie Jacobs is the author of thirteen novels, including the newly released, Paradise Falls. She is an active member of Sisters in Crime, Mystery Writers of America, and has served on the Edgar awards committee. She is a frequent lecturer on both the craft of writing and the world of mystery fiction. A former practicing attorney and the mother of two grown sons, she lives near San Francisco with her husband and now writes full time. You can visit her on the web at http://www.jonniejacobs.com.