When did you know you wanted to be a writer?


This was an early realization, and had to do with storytelling. Around a campfire, I was always engrossed in what a storyteller had to say. It almost seemed like magic. I had an uncle who was a gifted storyteller. He and my aunt had foster children, and when anyone misbehaved, the worst punishment was that the child was sent to bed, after dinner but with no story! That led to a fascination with storytelling, which only grew when I eventually realized that a writer could actually invent the stories being told! It was a new world.

The genre I write in, diplomatic mysteries, didn’t exist, so I invented it! The best advice that writers are often given is to write about what they know. I was a career diplomat for twenty-five years, and it struck me that a diplomat with a talent for sleuthing could span two cultures, solving crimes while his day job is at an American Embassy. It seemed crucial to write about places I had actually served in, for authenticity of background. That is why I have written about Bordeaux, Budapest, and now about a trip by the Secretary of State to six European capitals aboard Air Force Two. The genre grows and becomes more familiar with each book, and of course, continuing characters help weave the overall story together.

The first book in the series, “Vintage Murder,” is set in Bordeaux, Paris and Washington. Robbie Cutler, my protagonist, is assigned to the American Consulate General in Bordeaux, where I served as Consul General. The Basque terrorist ETA organization is beginning to terrorize the great vineyard owners of Bordeaux, and Robbie Cutler helps solve the puzzle of who is behind the killings that ensue. For readers who like a sophisticated mystery with more than a touch of old fashioned romance, this is an inviting beginning to the diplomatic mystery series.

I write in the weekday mornings, Monday to Friday, and often use the weekends to polish or expand what I have written during the week. My goal is one chapter per week. But to get that far, I first plot the entire book, in very general terms. That gives an idea where we are headed, and keeps the overall plot on track. After the first draft I polish the book, chapter by chapter, at least once, probably twice, or more for more compelling chapters. All of this takes perhaps 6-9 months. My wife then reads the book and gives an overall reaction, with particular attention to matters of continuity. It’s better to find out right then, that the store owner I had in chapter 4 aged 40 has mysteriously become 65 in the next chapter, which takes place the following week! 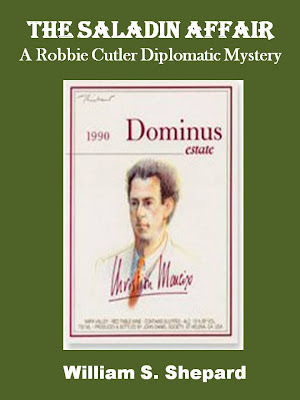 Balzac is a great author who pushes emotions and events to their logical conclusion, which is often to extremes, and he is a master storyteller. He lived at a time when society was collapsing and reinventing himself. That may be why his plotlines are so contemporary, and why his characters are strangers to compromise. He would have been very comfortable, I think, with the plotlines of the television series “Dallas.” And Charles Dickens had a far ranging imagination. In “Nicholas Nickleby,” for example, he surfaces and leaves more plotlines than the average gifted writer could use in a lifetime! When, 150 years or so later, a poor person has the temerity to ask for “More, please,” everyone who is literate recognizes the reference. That is immortality for a writer.

What other time period besides your own would you like to experience?

Tudor England, particularly under Elizabeth I, must have been a fascinating place, and terribly dangerous. It was a great age of discovery and travel, as England struggled to join Spain as a great power. I refer to this period several times, in the back story of the fourth diplomatic mystery, “The Saladin Affair.” The established religion in a generation became almost a badge of treason! The Tower was always ready to welcome those who weighed the shifting currents of power incorrectly. Yes, it would be fascinating to experience that age of adventure – but I wouldn’t want to have been a permanent resident there!

What do you do when you are not writing?

We live on Maryland’s Eastern Shore, and I greatly enjoy crabbing. As a dinner treat with a chilled glass of good white wine, that’s a gourmet treat! We like to attend summer theater and concerts, and are regulars at the twice a year dinners of our local Sherlock Holmes Society. That’s probably where I got the idea to write some new Sherlock Holmes and Professor Moriarty adventures in my Ebook, “More Coffee Break Mysteries: The Sherlock Holmes Edition.”

What is the one thing your hero would do that you wouldn’t?

In the fifth book of the Robbie Cutler Diplomatic Mystery series, now being written, Robbie volunteers for a TDY assignment in Afghanistan, tracking the Taliban. It’s uncertain at this point how he emerges safely, if he does. I had two assignments in wartime Saigon, but I doubt very much that I would have volunteered for Kabul (which I have visited, incidentally).

What was the hardest scene to write?

In the second book of the diplomatic mystery series, “Murder On The Danube,” a wounded freedom fighter is packed off in a train towards Russia with other freedom fighters (this actually happened). Since he is in a surreal atmosphere, and sliding in and out of consciousness, I decided to write this chapter in stream of consciousness. It fit perfectly, the mood and perception of what such a person would have been going through.

What was your favorite scene to write?

In the third book, “Murder In Dordogne,” Robbie is confronted with a former French Nazi named Dorlot, and must find out what he knows in order to advance his investigation. Dorlot keeps trying to drag Cutler into his perverse world, and Robbie must resist, while mining Dorlot’s memories to solve an actual crime. It was an enjoyable chess game, which advanced the plot colorfully and realistically.


Now residents of Maryland’s Eastern Shore, the Shepards enjoy visits from their daughters and granddaughters, fine and moderate weather, ocean swims at Assateague, Chesapeake Bay crabs, and the company of Rajah and Rani, their two rescued cats. 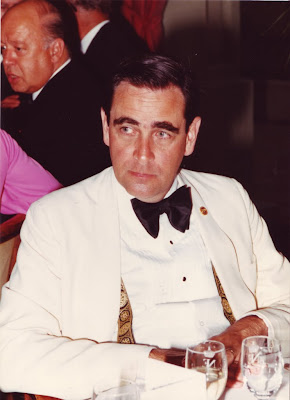 Prize winning mystery writer William S. Shepard is the creator of a new genre, the diplomatic mystery, whose plots are set in American Embassies overseas. That mirrors Shepard’s own career in the Foreign Service of the United States, during which he served in Singapore, Saigon, Budapest, Athens and Bordeaux, in addition to five Washington tours of duty.

His diplomatic mystery books explore this rich, insider background into the world of high stakes diplomacy and government. His main character is a young career diplomat, Robbie Cutler. The first four books in the series are available as Ebooks. Shepard evokes his last Foreign Service post, Consul General in Bordeaux, in Vintage Murder, the first of the series of four “diplomatic mysteries.” The second, Murder On The Danube, mines his knowledge of Hungary and the 1956 Revolution. In Murder In Dordogne Robbie Cutler and his bride Sylvie are just married, but their honeymoon in the scenic southwest of France is interrupted by murders.

The most recent of the series, The Saladin Affair, has just been released as an Ebook. Robbie Cutler has been transferred to work for the Secretary of State. Like the author once did, Cutler arranges trips on Air Force Two – now enlivened by serial Al Qaeda attempts to assassinate the Secretary of State, as they travel to Dublin, London, Paris, Vienna, Riga and Moscow!

Posted by Chris Redding at 1:34 AM