Legend states that the Minotaur was confined to the Labyrinth, slain by Theseus and then laid to rest by thousands of years of Greek mythology. But, the truth is far different. Read the Minotaur’s own words as he recounts his full life as god, king, warrior, matchmaker, midwife, monk, sage, father, mother, husband and, most of all, witness. The fierce Minotaur lived to see and be a part of the best and worst of humanity during a life spanning thousands of years. Part bull, part human, the Minotaur struggled to find his place in this world and, in the end, left his unique mark on history. 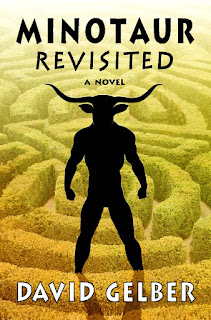 
David Gelber, a New York native, is the seventh of nine sons and one of three to pursue medicine. He graduated from Johns Hopkins University in 1980 and went on to graduate medical school in 1984 from the University of Rochester.

Gelber has been a surgeon for more than 20 years, but over the last few years he began to pursue his passion for writing, initially with his debut novel, "Future Hope" (Emerald Book Company, January 2010). The novel speculates about future Earth and what the world might have been like if man had not succumbed to temptation in the Garden of Eden. "Joshua and Aaron" is a sequel to "Future Hope" and follows the battle of wills that transpires between unsung hero Joshua Smith and satanic Aaron Diblonski.

Dr. Gelber has added two books about surgery, "Behind the Mask" and "Under the Drapes", both of which provide the reader with a view of the world of surgery rarely seen by those outside the medical professions.

"Last Light" is an apocalyptic short story which starts off asking the question: "What would happen if nobody ever was sick or injured?"

"Minotaur Revisited" is an entertaining romp through history seen through the eyes of Quint, the famed half bull half man monster of Greek Mythology. It was in October 2012.

Gelber was raised in reformed Judaism, but joined the Presbyterian Church 15 years ago. He is married with three teenage children, four dogs and 24 birds of various species. His interests include horse racing, mechanical Swiss watches and, of course, writing. 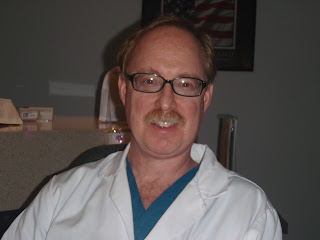 David will be awarding a $100 Amazon GC to a randomly drawn commenter at the conclusion of the two tours.

Posted by Chris Redding at 3:28 AM

Thank you for hosting this tour!

I do think that unique is the key word here.

Sad face...only a few more days left of this tour :(

Well, it's been fun!

Thankd you for allowing the Minotaur to visit your blog today.

This is a fun tour, I love how you introduced so many different characters from mythology into your story.

The book sounds fabulous, this has been a great tour.

The book sounds quite exciting, I'm sure I'm going to love reading it!

Great review, I love reading about mythology, so this one sounds perfect.

Thanks for sharing with us. I will have to check out "Last Light". It would interesting if no one were sick or injured though I wonder if we might waste our lives more not knowing how precious our health really was

This will be fun!

Thanks for the chance to win!

Last Light presents humanity at its best and worst. And, it's only 99 cents (available as e-book only on amazon or Barnes and noble)

you can also read the complete last light for free on my website, click on short stories

What an interesting book! Love mythology. Thanks for the giveaway.
bhometchko(at)hotmail(dot)com

Thanks for the info! Have a great week!

Last Light is a very emotional story, the afterword was especially moving. What ispired that story?

Stopping by to follow you from http://bit.ly/WLCBlogFollow #WLCAuthor - J. Lenni Dorner

Looking forward to reading "Last Light"
Thanks for the freebie and giveaway,tour...love it
Sydney W
Bookaddict100(AT)gmail(DOT)com

Found you on the WLC Blog Follow link. Great to connect! My corner of the blog-o-sphere is shirleyisnotmyname.blogspot.com