1 When did you know you wanted to be a writer?

I started writing when I was a kid, but that wasn’t what I wanted to be. I wanted to be a Paleontologist. I have a thing for dinosaurs. Instead of getting a degree in that, I ended up doing Anthropology. While I was doing my undergrad work I took a couple of workshops in writing and fell in love with it. By the time I had my bachelors I had started Bella Notte.

2 How did you pick the genre you write in?

3 Do you plot or do you write by the seat of your pants?

My plotting is limited to a vague outline. Like something to keep me on track as I go, but other than that, it is all by the seat of my pants. I don’t think I could plot out every little detail. It would make me nuts! 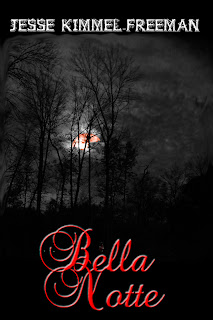 4 What was the name of the first novel you wrote? Did you try to publish it?

I recently found a 20ish page story I wrote when I was a teen, I think it was called “Love at First Sight.” If that counts then that’s it and no, I did not try to publish it. LOL. I think I would be very embarrassed if I had. But my debut novel was Bella Notte. I tried to publish it in the traditional way. I shopped it around for two years before I decided to take matters into my own hands.

5 How many rejections have you received?

OMG hundreds! But none of them were like your work is crap. No one wanted to take a no name in a market that they weren’t sure if it was last. But let me tell you something, vampires are not going anywhere. There will always be an allure to them that won’t go away and this is speaking strictly as an Anthropologist. But it wasn’t like I could argue my point to a stock rejection letter, could I?

Parent. I have a five year old son and a twenty month old daughter. That’s my day job. LOL. I get to deal with all the chaos of having little kids and then channel it into my writing so I don’t go crazy! LOL. Probably why it was so hard getting Bella Tristezza finished (the third book in the Bella Vampires Series, soon to be released), well that and everything that has been going on around us.

7 What do you consider your strengths in terms of your writing?

My characters and my attention to detail. For me, writing isn’t about making a ton of money, but about getting the story out of the character that seems to have transplanted themselves into my head. It’s more of me channeling their words down and hoping that someone else out there will enjoy them too. And for the details, I love it when you can picture something so perfectly in your mind that it is like you’re there. I try to make sure my readers can see what I see when I write.

8 What do you consider your weakness and what strategies do you use to overcome it?

Grammar. I hated it in school, I hate it now, and I will always hate it. I have no real strategy when it comes to it. It’s something that I will always struggle with. But I have several friends that help me go through my books over and over again to catch the small things and correct my interesting use of commas.

9 What is your favorite word?

I’m showing my roots by saying this, but it’s “dude.” I know, of all the words out there, why choose that one. For me, it’s something that comes from deep within me. I grew up in Southern California. Until the day I die, I’ll still say it and I don’t think I’ve written a book that doesn’t use it at least once. It is a word that can be used in so many ways, but only a person that grew up using it like that understands what I’m talking about. Yes, I’m so weird. LOL.

10 What’s your favorite thing about your book?

That I was able to write a strong female character. I hate how many books today leave the heroines as weak or in need of someone else to pull them along. I think that there should be tons of strong females out there for girls and women to look to and idolize. We need that in society, we don’t need weak ones. Life is too rough at moments and waiting for some prince to come and rescue you, typically doesn’t work.


Jesse has studied anthropology and used her “education” as an excuse to hang out with vampires- her masters' thesis was going to be modern vampire culture. They really do exist. Vampires have been her obsession since she was about five years old when she swears she was bitten by one. 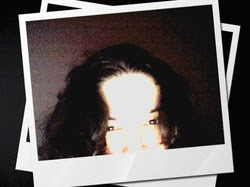 She enjoys reading and writing. But most importantly being a crazy mom to her son, new daughter, and ever growing pet family. Singing silly songs at the top of her lungs and embarrassing her son is one of her favorite activities. She considers herself to be an odd duck.


Vampires? Check. Werewolves? Check. Death prophecy to hang over your head? Double check. Seventeen year old Emma Hutchinson struggles to find her place in the world she has been born to as she tries to decide whether she should be with Michael, the boy she has been dreaming about since she was three or if she belongs with Dominic, her betrothed.

Posted by Chris Redding at 4:08 AM

Thanks for hosting me today!