Just Out of Reach


When high school freshman Katherine Boyd meets David, her life is forever altered. Their romance experiences the turmoil of Mississippi in the sixties, family relationships that keep them apart, and political differences that threaten to destroy them. Through the death of JFK and James Meredith’s admission to Ole Miss, Katherine’s growth means being progressive in a traditional Southern family, accepting the loss of those closest to her, and learning to cope with her family’s darkest secrets. Just Out of Reach is the story of a young woman forged in desperate times and a love that changes her life forever. 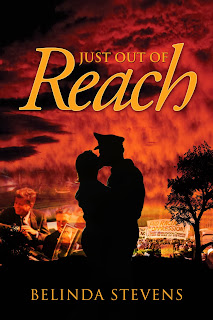 
There are certain events in life that leave a line of demarcation, the beginning of things, the ending of something else. For me, meeting David was that line.

It all began my freshman year at Lancaster High. What amazed me about the year 1961 was that my feelings for David emerged at the exact moment I became isolated from the soul of my town, my birthplace. I was apart from all that I knew or understood. It all happened so fast that I felt split, like some multiple personality separating into many different identities.

The day we met, it was very cold. The student body had congregated in and around the arcade during morning break to get a glimpse of the falling snow, hoping that the ground would be cold enough for it to stick. Lancaster High was nestled between the canal that separated my town from the residential area and its business district to the north. LHS was made of red brick, with a newly erected concrete arcade leading directly to its front entrance.

As thoughts of a snow holiday raced through my head, Betsy and I noticed a couple at the far end of the arcade. We automatically moved in that direction. I nudged my best friend and whispered, “Who’s the guy with Linda?”

“Don’t know, let’s find out,” responded Betsy. My friend continued to talk but I didn’t hear a word. My eyes were fixed on the boy at the end of the arcade. My heart was pounding so hard, it was all I heard. My reaction was a mystery, even to me. It still is. 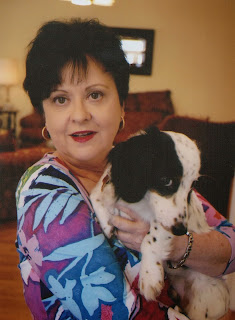 
Belinda J. Stevens was born in Yazoo City, Mississippi, the gateway to the Mississippi Delta, in 1948. She grew up in the turbulent sixties, and has a true appreciation for the difficulties experienced by Katherine in Just Out of Reach, which is Belinda’s first novel. She is an attorney who currently practices law in Yazoo City and resides in Brandon, Mississippi with her dog, Humprey B.

Such a fabulous excerpt thank you.

This sounds like a fascinating story. I really liked the excerpt.

Intriguing excerpt. What caused her reaction to that boy? I'm curious.
catherinelee100 at gmail dot com

Thanks for the excerpt and the chance to win!
Sounds like a really good read!!
natasha_donohoo_8 at hotmail dot com

I found your great blog through the WLC Blog Follows on the World Literary Cafe! Great to connect! Here's mine, http://flirtyandfeistyromance.blogspot.co.uk