Senator Jordan Dupré is reluctant to revisit her past. That thought crumbles at the sight of Deacon Burke. His commanding presence and charming smile transports her back to her youth. Back then, she kissed, loved, lied, and left him—taking a life-changing secret with her.

Scorned by Jordan’s dishonesty, Deke swears he never wants to see her lying face again. However, his heart knows better, and he never stops thinking of her. When Jordan’s husband is killed, Deke is summoned to the Senator’s aid, by an unlikely source—Unfortunately, he brings a secret of his own.

Will secrets from their past reignite their cherished moments? 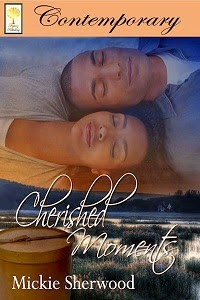 
Jordan wandered back to the sidewalk, and then took a closer look at the structure. The side entrance beckoned her. A couple of missing boards made access to the doorknob possible. Getting to the knob required a bit of muscle, but she forced a space sufficient enough to squeeze through. Once inside, the rancid stench in the air attacked her. When she covered her nose and mouth, the gloves and garbage bag fell to the floor at her feet. Unlike anything she’d ever smelled, the stench was potent enough to make her gag.

She staggered toward the slit of daylight that filtered from the outside. Once she pushed her way through the boards, and hit the bright sunlight, her eyes filled with tears. Gasping to fill her lungs with fresh air, she walked a few feet from the door. Dizziness threatened to overtake her. Leaning forward, Jordan braced her hands on her knees to avoid passing out. As her body struggled to return to a normal state, she closed her eyes and willed her it to stabilize.

A dark shadow gradually blocked her sunlight. Jordan opened her eyes to a blurry silhouette dressed in black. He reached downward and gripped her arm. Though his grasp was tight, it was not harmful. When her sight cleared, she focused on a face that caused her blood pressure to rise. “Deke.” After years with no contact, her knees still knocked, and her heart ached.

"Jay. Are you okay?” The rich, mellow voice was music to her ears. He slid his hand down her arm, and then gently clutched her hand. His touch added to her jittery stance, and her stomach lurched.

Again, Jordan closed her eyes. Immediately, she emptied her stomach right at his feet. When she opened her eyes, he offered her a folded white handkerchief, and held it under her nose. Raising her head, she accepted his gesture. First, she wiped her eyes, and then her mouth.

Seeming to enjoy her presence, his spontaneous grin showed one imperfect bottom tooth; otherwise, his smile would have been perfect. She recalled him saying that the dental flaw was a family trait.

"Hi, Deke." She responded as though their last conversation was twenty minutes ago, instead of almost twenty years. At that point, the nearly fifty year-old woman took a momentary trip back in time.


Mickie Sherwood is an author and a novice photographer. Using her backyard as the backdrop for her inspiration, she loves taking pictures of nature. Her love of photography incites her creativity for writing. Spending time with her family and cruise vacations, also stokes her imagination.

With all of her interest combined, fascinating characters and intriguing circumstances can develop.

Mickie also enjoys a good laugh. Revel in the humorous stories she shares about life, at her blog—Mickie's Mutterings.

Hi Chris,
I appreciate that you showcased my sweet romantic suspense, Cherished Moments, on your lovely blog.

Readers may also enjoy the entire chapter of my WIP, Templet's Tasty Tails, which is set in Bayou Country http://mickiesherwood.com/blog/2015/02/13/templets-tasty-tails/.