A year ago something amazing happened to me.

I got an ereader. 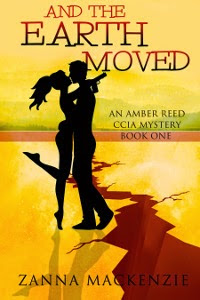 Well, the thing is, getting said ereader completely changed my reading habits and opened up a whole new world of romantic fiction fun.

Before the arrival of my little purple ereader (LPE) I was a devout paperback girl and my reading genre was contemporary romance and chicklit. I loved paperbacks, with their exciting new book smell and their oh-so-gorgeous covers. But I so wanted to read all those lovely new ebooks.

Wow! Now I could devour all those ebooks I had on my To Be Read list. In addition, I discovered other books which took the key ingredient of romance and mixed it with something extra – mystery and intrigue, crimes to solve, tension and suspense, feisty women and sexy spies teaming up to fight the bad guys.

All of which lead to me falling in love with one particular subgenre of romance books – the romantic comedy murder mystery. These books have all of the usual romance but this time there’s also comedy to enjoy and a murder mystery to solve.

So what, in my humble opinion, does a romantic comedy murder mystery need to make it zing for me as a reader?

★A brave hero – the handsome but not perfect guy. Maybe he has relationship issues, perhaps he’s ‘emotionally unavailable’ for some reason, or maybe he hasn’t always been the good guy and has a murky mysterious past we can delve into.
★A strong heroine – she needs to be a woman with a mind of her own, capable of looking after herself, but she’s still a woman who notices how yummy her secret agent crime fighting partner is.
★Comedy - yes, I want the intrigue of the murder mystery case, to be a part of the battle to catch the bad guys, but I want humour in the mix as well. OK, a crime has been committed but I’m not reading ‘true crime’ or a thriller, so the overall feel of the book should be light-hearted.
★Romance – an essential ingredient for any romcom mystery obviously! Yes, the story is layered with tension as our hero and heroine rush to capture the killer and solve the case but I still want that undeniable chemistry fizzing between our hero and heroine. I want that will-they-won’t-they excitement.


One of the things I really like about this genre though is that in a romantic comedy murder mystery, the girl not only gets the guy - they both get to capture the villains as well!


Amber’s making up the horoscopes for the local paper and wishing for some excitement in her life when she gets a phone call offering her just that. It could change her life forever and plunge her into a world where she’s quickly (and scarily) out of her depth.

The call? Heartthrob actor Ennis McKarthy, her old uni boyfriend, begs her for a favour. His brother Joel has been found is dead - in very suspicious circumstances.

Desperate to keep the story out of the newspapers and solve the mystery of his brother’s death as fast as possible, Ennis has called in the specialists in the shape of the CCIA. The Celebrity Crimes Investigation Agency has just the man for the job – their top agent Charlie Huxton.

But Ennis, stalked by journalists and paparazzi, doesn’t trust a stranger to handle the case on his own and keep quiet about what he might discover so he pleads with Amber, wanting her to shadow Charlie throughout the investigation.

Much to Amber’s surprise Charlie eventually agrees, leaving her wondering why. What’s he up to?

Charlie and Amber delve into Joel’s death and soon have their hands full with questioning potential suspects and the victim’s irate ex-girlfriend. Then they discover they’re battling something far more dangerous than they could ever have expected…and it’s not just their growing attraction for each other.

Maybe Amber’s life is about to get too exciting… 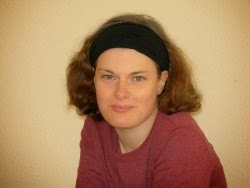 Find the book on Amazon UK

Find the book on Amazon USA


Zanna Mackenzie lives on the Derbyshire/Leicestershire border with her husband, 4 dogs, a vegetable patch that’s home to far too many weeds and an ever expanding library of books waiting to be read.

Being a freelance writer and editor of business publications is her ‘day job’ but, at every opportunity, she can be found scribbling down notes on scenes for whatever novel she’s working on. She loves it when the characters in her novels take on minds of their own and start deviating from the original plot!

Find out more about Zanna on her blog www.zannamackenzie.blogspot.co.uk, on Twitter via @ZannaMacKenzie or on Facebook at www.facebook.com/zanna.mackenzie