What do pirates, princes, Puritans, and propaganda have in common? Lacey Delahaye, forager and jelly maker, finds out in this romantic suspense set in the western Caribbean. 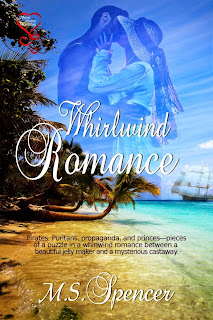 I didn't mean to write this story. I meant to write a nice romantic interlude set on Longboat Key, a lovely barrier island on the Gulf Coast of Florida. Even before I'd reached Chapter Two, however, things had taken a geographical turn and veered off into the western Caribbean. Even now I'm not sure how it happened, but everything started to go awry when Lacey Delahaye, my heroine, finds a bedraggled castaway in her mangrove swamp. Fine. Not a problem. He's handsome, injured, and clearly has a secret. Could he be a lost tourist? A real estate agent caught up in a Florida land scam? An environmentalist who's discovered that whales have become man-eaters? No, sir. With his exotic, dark looks (flashing black eyes, shimmering ebony hair, etc.), he hardly seemed the real estate agent type. And he has an accent. Therefore he comes from elsewhere. He eventually confesses to Lacey that…well, I certainly won't divulge his secret. I will say that he and Lacey find themselves in a remote, tiny, tropical paradise, which would be very romantic, except for the vicious serpent lurking there.


In the aftermath of a hurricane, Lacey Delahaye finds herself marooned on the Gulf coast of Florida with a mysterious man. They are immediately drawn to each other, but before Armand can confess his identity, they are kidnapped and taken far from civilization to a tiny, remarkable island in the western Caribbean. With the help of her son Crispin, a small, but proud young boy named Inigo, and a cadre of extraordinary characters, Lacey and Armand must confront pirates, power-mad ideologues, and palace intrigue if they are to restore the once idyllic tropical paradise to its former serenity and find lasting happiness. 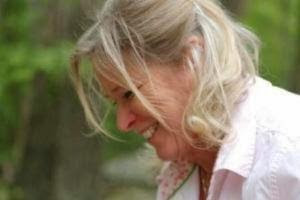 Although she has lived or traveled in every continent except Antarctica and Australia (bucket list), M. S. Spencer has spent the last thirty years mostly in Washington, D.C. as a librarian, Congressional staff assistant, speechwriter, editor, birdwatcher, kayaker, policy wonk, non-profit director and parent. She has two fabulous grown children, and currently divides her time between the Gulf coast of Florida and a tiny village in Maine.

Ms. Spencer has published nine romance novels. The first two, Lost in His Arms and Lost and Found, were published by Red Rose Publishing. The other six—Losers Keepers, Triptych, Artful Dodging: The Torpedo Factory Murders, Mai Tais and Mayhem: Murder at Mote Marine (a Sarasota Romance, Lapses of Memory, and the Mason's Mark —were published by Secret Cravings. Whirlwind Romance, her ninth, was released September 2014.

Don't you love when the characters take over and change the story! I love it!