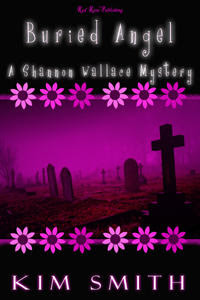 
How did you pick the genre you write in? I began to notice what I bought and read and what stayed on my keeper shelf. When more mysteries than anything else took up more shelf space, well, it was an easy choice.

Do you plot or do you write by the seat of your pants? Both really. Some books just want to be told and there is no way to know what will happen until the characters allow it to unfold, and then again,

some books need research and planning. I just take them one book at a time.

What was the name of the first novel you wrote? Did you try to publish it? It was called The Realm and it was just the most wonderful book ever. I loved it and writing it and everything about it. I did not try to publish it because even in the earliest days of my writing life, I knew it was not going to live up to the scrutiny of the real world.

What do you know now that you are published that you didn’t know pre-published that you wish you knew? How easy it is to write a book and how hard it is to sell it to readers. There is nothing more important to the success of your book than the ability to promote it. Yes, even writing it is easier.

What was the best writing advice someone gave you? To keep going. No matter what anyone says, no matter what the industry does, just keep writing and writing and believing in yourself.
What was the worst? Did you know it at the time? The worst was to consider the possibility that maybe I shouldn’t try to get published. That was the catalyst that sent me off in another direction.

If you could ask your readers one question, what would it be? How can I improve? If authors could just get readers to tell them what they liked and what they didn’t like and how it would have been better, we would be much better at our jobs.

If you have a day job, what is it? I am a network administrator for a Fortune 500 remanufacturing co.

What three things would you want with you on a desert island? I would have to have a computer and Internet connection and my iPhone. Everything else pales in comparison.

What is your favorite word? Freedom. It can be used to express a wide and varied world of emotions. And who doesn’t want freedom?

Kim is best known for her contributions to the writing world as the hostess of Introducing WRITERS! Radio show created to help other writers. Her Shannon Wallace Mysteries is touted as being zany and fun. Kim has also penned several contemporary romances and short fiction.

Buried Angel, book Two in the Shannon Wallace Mysteries is scheduled to be released January 14, 2010

Blurb:
When Shannon and Dwayne are hired to videotape mysterious goings-on in the local cemetery in South Lake, Mississippi, they find more than just old tombstones, including a “plot” that has nothing to do with the dead!

Hi Chris! Thanks for having me here. I have been down sick with a cold. Hope you are well!

Great interview, Kim and Chris. It's always great learning more about our fellow writers. Kim, your books sound great. Gonna have to add them to my stack of books I'm going to read.

Hey Katie! Thanks so much for stopping by and leaving a comment. Writing is such a passion of mine, I cannot imagine NOT doing it!

Thanks for stopping by Kim. I hope you feel better.

(Following Kim's advice in the interview, here's a suggestion. Put Kim's answers in a different color from your questions, or just add a space after your questions.)