Do you plot or do you write by the seat of your pants?


I write by the seat of my pants. No discipline or planning here. Although I will make a cheat sheet. That came in handy when I wrote The Promise because the story took place during the holidays and included a very large family. I sometimes bounce back and forth between stories when I’m writing and keeping the characters straight keeps my editor happy. 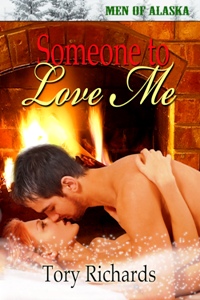 My fair share. Never counted them. It’s very frustrating receiving a rejection letter that doesn’t explain why they don’t want your book. Only one publisher took the time to give me advice, which paid off tremendously. Every author has received a rejection at some time or another.

Well, I’m published with four different epubs. Whiskey Creek Press Torrid, Liquid Silver Books, Ellora’s Cave and The Wild Rose Press. All of them have longevity, a good reputation, and they treat their authors right.

I’ve been told over and over by readers that they can easily picture a scene I’ve written and that I have a good knack for detail. I think I have a pretty good imagination with regard to setting up a scene.

I don’t have a set schedule. Writing is a hobby for me and I write when I feel like it.

. I’ve actually planned to go twice now but 911 and my daughter getting pregnant with my first grandchild got in the way. Some day, though.

I’ve always wanted to learn sign language. I had two sister-in-laws who taught themselves when they were teenagers so no one would know what they were talking about. They would sit at the dinner table and sign away. I think that peaked my interest, but for different reasons. I’ve since been in several situations where I had to arrange for an interpreter.

Any kind of sandwich.
Author Bio
Tory is a multi-published, best-selling author who lives in with her three crazy cats. She likes to travel, preferably by cruise ship, and doesn’t like to fly but will if she has to. She collects antiques and art, loves chocolate (who doesn’t?) and good coffee.
Tory has wanted to be a writer since she was a kid, but life got in the way of her dreams. A few years ago, with the support and encouragement of her family, she decided to get serious. And she hasn’t looked back. Her erotic romances are laced with humor, suspense and sizzling sex.
www.toryrichards.com
http://www.debbiewallace.blogspot.com/
tory.richards@yahoo.com
Book Blurb:
Someone to Love Me
When Charlie's plane goes down in the remote Alaskan wilderness she knows she's in big trouble. She didn't have time to radio in her position. So it looks like her decision to surprise her parents on their wedding anniversary wasn't such a good idea. Now lost and in freezing temperatures, her chances of survival look bleak.
As Charlie heads out on foot, she faces a new danger when a white wolf appears. And right behind him is her salvation. A quiet mountain man with secrets, who takes her to his one-room cabin, where she finds herself stranded for the winter.
Posted by Chris Redding at 12:05 AM

Email ThisBlogThis!Share to TwitterShare to FacebookShare to Pinterest
Labels: Someone to Love Me., Tori Richards