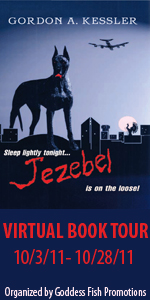 Hill went to the front door and watched Chin’s van make a U-turn at the corner and head down the street.  The headlights flashed in Hill’s face, momentarily blinding her.  She winced.  The light burned her already blood-shot, weary eyes.
A silent moment passed before a sound came from outside.  The back yard.  Scratching.  Something was climbing over the fence.
The rifle.  It was still next to the back door.  Hill moved quickly toward the kitchen.  As she made it to the hall, the dog port began to open.  Hill stepped to the side, out of sight, before seeing what was coming through.
She trembled, backing up to the wall next to the large window that was painted shut.  She could run for the door, but by the time she reached it, she’d be seen.  No way out.  Hide.  Where?  There was no place.  Behind the sheer curtain, maybe.  In the dark, she might not be seen if she was quiet and didn’t move.
She pulled the curtain around her.  She could see through it, but it made the already dim room even dimmer.  The blowing fan was the only noise.  Nothing moved except the oscillating shadows of the fan blades beating the stale air through the room.  The green flash of the clock on the CD player caused an eerie, strobing light.

A dark shape slowly emerged from the hallway and moved into the room.  Large.  Huge.  Black.
-------
Sleep lightly tonight…
A madman has come to town seeking a diabolical revenge and large dogs begin attacking their masters for no apparent reason and with heinous results.
Animal Control Director Tony Parker must find out why and stop the murderous attacks. Meanwhile, Jezebel, a huge black Great Dane has killed her master and is loose, terrorizing the city and stalking Parker and his family. Parker and Sarah Hill, his beautiful and seductive young assistant, attempt to unravel the mystery and stop the terrible carnage while dealing with their own demons and lusty desires.
The attacks must be stopped. Jezebel must be found-and soon, you see--there is one other complication. Parker seems to have come down with an annoying little virus. No, it's not one of those irritating summer colds. It's certain death.
She's a murderess, huge and black as a hell-bound night.
Beware. Jezebel is on the loose!
Author bio:  Gordon A Kessler is a former US Marine parachutist, recon scout, and Super Squad team leader, with a bachelor's degree in creative writing. He is a Master Instructor for , National Academy of Railroad Sciences, and the BNSF Railway. He has taught novel writing for Butler County Community College, English Composition for Hutchinson Junior College and has previously indie-published the thriller novels Brainstorm and Dead Reckoning, and a book about the novel-writing craft, Novel Writing Made Simple. 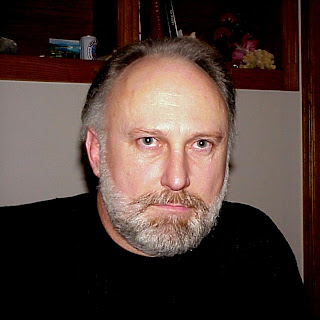 He is a founder and current president of the Kansas Writers Association and tries to stay connected to writers and the writing industry by doing speaking engagements at writers conferences and for writers organizations, and does his own "The Storyteller" seminar in , (), , and other Midwestern cities based on his Novel Writing Made Simple book.
His websites, http://www.WritersMatrix.com and http://www.IndieWritersAlliance are landing pages for writers to help them in their writing endeavors. His author website is http://www.GordonKessler.com .
Other links:
http://www.ReadersMatrix.com
http://www.Twitter.com/GordonKessler
http://www.Facebook.com/GordonKessler1
http://www.LinkedIn.com/in/GordonKessler.
Posted by Chris Redding at 6:42 AM

Everything about JEZEBEL reads so fantastically.

Thanks for the excerpt!