How the View Through a Camera Lens Changed Three Lives

For ten years I studied landscape photography, standing behind a large format camera and ducking under a dark cloth to focus an image upside-down on a 4 x 5 inch piece of glass before closing the shutter and transferring the image to film. Later, I'd develop the negative in a dark room, dry the film and make a print. If I deemed the print suitable, I'd mount it to share. 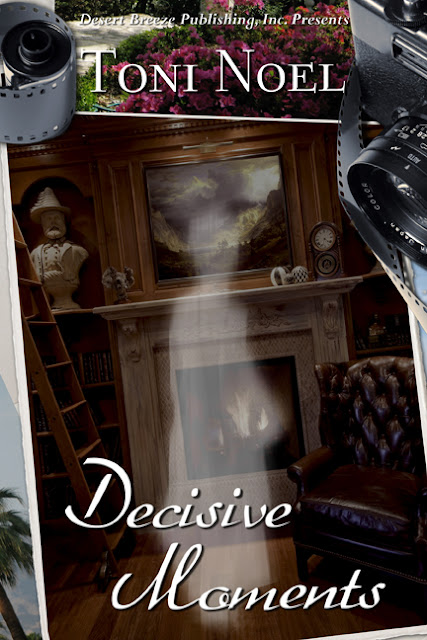 In Decisive Moments, Amy Millington does the same thing, but the images for her show are to satisfy one of the requirements for her graduate degree in fine art. Only architect Charles Harding stands in her way. He owns the last home she's promised to photograph, a boarded up mansion on Harding Road, a sad-looking house that draws her back again and again.
Since the death of his caretaker, Charles has allowed no one to enter his childhood home, the scene of events so traumatic they've shaped the reclusive architect's life.
Enter Amy and Marta, Amy's five-year old daughter on a daddy search. Charles doesn't have a chance. Amy's grab shot of the roofline of his house snapped from the sidewalk and enlarged to hang in a place of honor at her gallery-show opening touches the homeowner's heart, and he lets her see the inside of his home.
Amy needs more. Her patience and Marta's persistence win Charles over. The boards come off the windows and he gives Amy a key to the front door. He still can't cross the threshold, but the woman who is quietly stealing his heart can photograph to her heart's content. 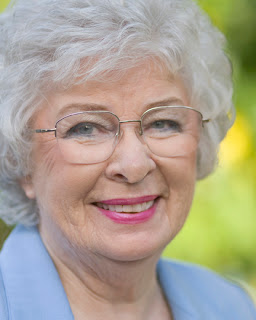 With a deft motion, he slid open the drawer and stuffed the yellow pad inside. "I'm afraid what you're about to propose is impossible. The uncle you spoke to died." Harding came to his feet, ready to kick her out.
"But surely--"
"No." A muscle twitched in his strong jaw. "Five houses should be sufficient for your needs."
"Not photographing the sixth house will make my study incomplete. Please, could I--"
Irritation flashed in his eyes. "No one goes inside."
Why? It didn't make sense.
All right, time to try something else. "I'm sure you know the first C. A. Harding included ingenious details in his designs." To Amy's relief, his stiff stance relaxed a fraction.
"One interesting part of my research involved discovering the secret hidden in each of the homes he helped build. The house with the dumb waiter to the master bedroom is my favorite."
As if surprised to discover himself standing, Harding eased back into his chair.
Almost made him smile. Good. Maybe she could reach the real man beneath this hard shell. "Or maybe it's the house on Dixon Drive where shrubbery hides the outside stairs leading from the garden to the eldest son's bedroom."
Amazingly, Harding's sculpted lips twitched into a smile. What a difference a grin made in his looks. Gone was the grim set of his jaw, the skeptical frown. A cleft in his chin appeared. What could have made this handsome man so dour? So serious? Charles Harding needed to learn how to lighten up.
Ignoring the sudden tripping of her heartbeat as she realized she was staring at him, she hurried on. "I can just picture an adolescent son sneaking in late at night, no need to remove his shoes."
Leaning forward, Amy met the architect's gaze and smiled. "What about you? Are surprises hidden in your designs?"
"I'm more concerned with function. With practicality. My clientele demands modern efficiency for their money, clean lines and easy care. Hidden passageways are remnants of another time."
"That may be true, but what romantic times they were. Have you asked your clients if they might prefer something more imaginative? A design with a few soft curves to soften all the cold stone and glass?"
"What might seem appropriate in your art would be considered impractical in modern homes."
Modern designs held no appeal for her she'd learned. "Now, about photographing your house..."
Anger -- or was it something else -- flared in his eyes as he stood. "There is no chance of you ever photographing my house," he said, a note of finality in his voice.
"Here's my card, in case you change your mind."
He slid the card into his desk without a glance. "I won't."
She tucked her purse under her arm and headed for the door. Across the room a burst of buttercup yellow caught her eye. Her own reflection in glass. The only spot of color in the dreary room was her best suit.
Decisive Moments is available for download from all eBook stores and the publisher,
http://stores.desertbreezepublishing.com/-strse-template/Toni%20Noel/Page.bok
and from all eBook stores.
Visit Toni at www.toninoelauthor.com  and www.toninoelauthor.com/blog/html
Or on twitter at www.twitter.com/toninoelwriter
Posted by Chris Redding at 12:08 AM