Archaeologists Jila Wells and Ben Juarez are not thrilled at the prospect of returning to Peru; the ambush that nearly cost Jila her life still haunts her. But the ruined pyramids at Santiago de Paz hide an important document that would shock the Islamic world. Professor Sandy Beckham is assembling a distinguished team to dig quickly through the pyramid complex, following clues found in the diary of a wealthy Muslim woman who lived in Spain five centuries ago. 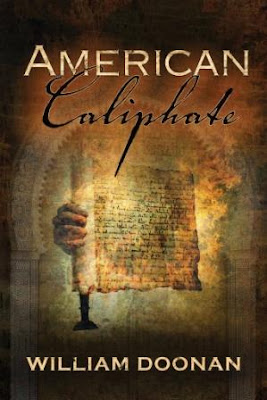 In the diary are details of an illegal expedition to Spanish Peru in three well-armed ships. Convinced that Spain was forever lost to Islam, Diego Ibanez intended to bring the word of Allah to the pagan Americans. Landing on Peru’s north coast, he learned that the fires of the Inquisition burned even hotter there than they did in Spain. As the archaeologists brace for the ravaging storms of El Niño, Jila and Ben hurry to complete their excavations. But they’re not the only ones interested in this project. Other forces are determined that the document remain hidden. Should it be discovered, a challenge could be made under Islamic testamentary law to the throne of Saudi Arabia. And the House of Saud has no interest in sharing power with an American caliphate that might now awaken from a five hundred year slumber. 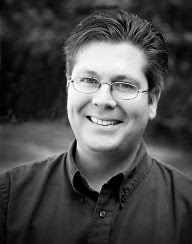 
William Doonan is an archaeologist and mystery writer living in Sacramento, CA. His archaeological mystery American Caliphate was published in April by Oak Tree Press.

Doonan also writes a mystery series featuring an octogenarian detective who investigates crimes on cruise ships. Grave Passage was published in 2009, Mediterranean Grave in 2011, and Grave Indulgence in 2012. Currently, I’m halfway through the first draft of Aleutian Grave. http://www.amazon.com/Grave-Indulgence-William-Doonan/dp/098313541X/ref=sr_1_1?ie=UTF8&qid=1347562597&sr=8-1&keywords=grave+indulgence

12 million people take a cruise each year.
Most have fun.
Some die.
Henry Grave investigates.
Posted by Chris Redding at 1:09 AM

Hey fellas nice job!! Chris I really enjoy out blog. William congrats on all the books you have gotten published. The subject of your books is very interesting. Good to see a fellow California author doing so well! Good luck with everything.

Thanks, Chris. If you get a chance to read American Caliphate, let me know what you think!

Hi Bill! Great book, I enjoyed it. I wish you much success with it.

Thanks, Sally. I'm trying to figure out a sequel!