Bradley Dewart Whitney strode into the small room adjoining the judge's chamber like he'd come through the curtain on a catwalk to model his expensive summer suit. I expected him to swirl, he had that kind of narrow-eyed smirk. If it wasn't for his tanned forehead being too high, he would have been GQ perfect. He hadn't spared his bucks on hairdressers, either. He was layered and highlighted, blond and artfully tousled. I resisted the impulse to brush back my own brown strands which hadn't seen scissors in six months. 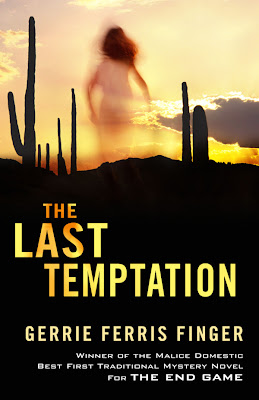 A gleam grew in his gray eyes. I'd given him the once-over, and, evidently, he thought I liked what I saw.

I got to my feet and stuck out a hand. "Good afternoon, Mr. Whitney." I'm nearly six feet tall and he was a little shorter.

His fingers brushed my palm. "Good afternoon to you, Moriah Dru." He pursed his lips and laid a forefinger in the cleft of his chin. "Dru is an abbreviated form of Druaidh – the ancient Druid priesthood – the guardians of the old faith."

Did he have this knowledge filed in his brain, or had he done research on me? I said, "Daddy never told me that."

He pointed the forefinger toward the ceiling. "Ah, but you're a descendant, Miss Dru – it's apparent in your fair skin and shining blue eyes."

Usually, I tell anxious new clients to call me Dru, but I didn't see much anxiety in him. "Have a seat, Mr. Whitney."

Before he sat, he looked at the chair as if it had cooties on it. Why the word cooties came to mind is a mystery because I don't deal much with children. I work with parents or guardians because their kids are long gone.

He sat and folded one knee over the other, then plucked at the crease of his pants to make sure it hung freely down his leg. He shot his shirt cuffs and adjusted his collar. I waited. He could begin whenever he finished his grooming. He flicked at hair falling on his forehead, then leaned forward as if he remembered why he was here. "We are being confidential, are we not?"

"No reporters, no other snoops?"

"Not unless you call the judge a snoop."

His mouth twitched. "We must have her, I suppose."

I picked up the first item in the file, a photograph of a beautiful blonde woman and her look-a-like daughter. "I'd like to go over the basics with you." His eyes didn't blink when he nodded. I continued, "Kinley's eight years old. You're her custodial parent. She was visiting her mother, Eileen Cameron, in Palm Springs, California. She was scheduled to come home Sunday afternoon."


Kinley Whitney and her mother, Eileen Cameron, have vanished from Eileen's Palm Springs home. Kinley's custodial father, Bradley Whitney, lives in Atlanta, and through the court, hires Moriah Dru to find and bring his daughter home. He's a rich academic and right away, Dru senses something amiss with him. Where did his money come from? Dru's lover and partner, police Detective Lieutenant Richard Lake looks into his records.

The investigation takes Dru to Palm Springs where she meets a host of glitzy suspects, including Dartagnan LeRoi, a cop; Arlo Cameron, a Hollywood B-movie director, married to Eileen; Heidi, Arlo's widowed next door neighbor; Eileen's hairdresser, a cross-dresser named Theodosia; a donut-maker named Zing; an Indian princess Contessa (Tess) Rosovo, who befriends then betrays Dru; and Phillippe, a self-styled Phony Frenchman who claims he's a Cardon Bleu chef. Phillippe says everyone in "The Springs" is an actor. He certainly is.

So is Tess. She makes a mistake when she takes Dru to a moon lodge for a ceremony. Dru sees a young girl in a wig. Tess notices Dru's attention to the girl and poisons Dru with datura. Dru wakes up on the high desert floor during a monsoon and nearly dies.

Bradley fires Dru, who goes back to Atlanta. A PI named Bellan Thomas comes to her office. He's looking for Eileen, who'd hired him to dig up dirt on Whitney so she could gain custody of Kinley. Bellan wants to team up with Dru if she'll pay him for his information. Dru pays and learns how corrupt Whitney is

Thanks Chris for hosting me. Your blog is always interesting, informative and entertaining.
Gerrie