I’m Not Very Handy, But I Try

There are some who can do anything they try to do. They sit in front of a piano, know exactly which keys to press, and magnificent melodies emote. I took lessons for about three years, and decided my talent consisted of repeating the same mistakes. I still put the piano to good use, as a place to store things. 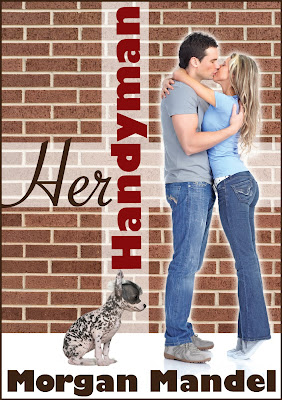 What about painting rooms? Well I tried doing the hallway, got the paint mottled up and stopped before I could do more damage.

I try hard to be handy, and sometimes succeed, but at a price. One time, I managed to put a computer desk together at home. It’s still sitting in the spare bedroom, a little wobbly in one of the drawers, but all-in-all it looks pretty decent. Unfortunately, the instructions said not to use an electric screwdriver, since that would be bad for the fake wood. So, I painstakingly used a manual screwdriver. My palm got pretty sore and red, but I figured the effects would eventually go away. Wrong. It took surgery to remove a ganglion cyst, my souvenir of that do-it-yourself venture. If only I’d known ahead of time, I’d have hired someone to assemble it, saving myself medical costs and pain. It didn’t take long before I bequeathed that desk to the DH and bought myself a new one, already put together, which I put in the dining room, which we never use as a dining room.

Then there’s my iPhone. I successfully managed to install the first few updates, with trepidation, but they went okay. Then, on a certain loop I’d heard about dire results with IOS 5. That’s all I needed to hear. I put off installation as long as I could. When my extended warranty amost ran out, I bit the bullet, called technical support, got instructions, and lo and behold, I did it right! That was a relief. Well, now there’s an IOS 6 to install, and I have no extended warranty left. Maybe I should just buy a new phone and solve the problem. I’m deathly afraid of screwing it up and losing my photos and other stuff I can’t live without.

Now there’s the running toilet at our cottage. No, it doesn’t have legs, though it may as well have them. Despite replacing the inner workings in the tank, which we hired a friend to do, the water still runs after we flush. The DH and I are tired of turning the shutoff valve every time we use water in the bathroom. Did I mention he’s not very handy either? Next trip to the cottage we’re hiring a plumber.

You might say our running toilet is the inspiration for Her Handyman, my new romantic comedy release on Kindle at http://amzn.com/B0097EVXBK. At least in fiction, if not real life, someone’s handy!

What about you? Are you handy? Do you have any good or bad experiences you’d like to share?


It's Jake, the handyman, who needs rescuing when he comes to the aid of the rich, quirky artist, Zoe, and her overflowing toilet and crazy canine, FuFu. Watch out, Jake! You’re in for a fall in more ways than one!

Morgan Mandel lives in a Chicago suburb with her husband, commonly known as Good Paul, and their loveable pit bull, Rascal. She’s not ashamed to admit her vices: chocolate, ice cream, pizza and a great love of slot machines. Her favorite pastimes are reading, writing, going to garage and rummage sales, attending festivals and watching romances and mysteryies on TV and DVDs.

Her Handyman is Morgan’s fifth book. She’s also a contributor to a short story collection. For Excerpts & Links to Morgan’s Books, check http://morgansbooklinks.blogspot.com and her Amazon Author Central Page at: http://amazon.com/author/morganmandel.

Posted by Chris Redding at 1:22 AM

Thanks for hosting me today at your great blog, Chris!

Hi Morgan - I used to be very handy and did all my own decorating. Helping to make scenery for stage shows taught me a lot about sticking pieces of wood together. But anything techno like phones and computers, and I haven't a clue! Og, and I usually drop at least one light bulb (and smash it) when I'm trying to fit a new one!

Dropping one of those new fancy light bulbs could be an environmental disaster. Better have someone else handle that delicate job!

Morgan, save your iphone's addresses, numbers, pictures, whatever to the cloud. The cloud can be your back up. You could also, I believe, hook it up to your computer and save your info there.

Man, even the words "ganglion cyst" is scary!

I've got stuff sgtored on my computer from my last backup with the iPhone, but now there's two others since then to go through. There's no end to them!

I do know how to spell stored by the way, but my fingers are faster than my brain.

I can fix a running toilet, have done it many times. (Being the daughter of a plumber might have something to do with that.) Can paint, don't want to. My piano playing was never good. Techie stuff drive me crazy, but I muddle through or get lots of help from friends.

Great post, Morgan, and you brightened my afternoon. When I was very young my mother made me take tap and ballet dance lessons. When the other girls moved on to pink ballet toe shoes, I wore pink socks over the black regular ballet shoes at our recital and klutzed my way through the number. I can still do a Shuffle Off to Buffalo though. :)
Marja McGraw

Marilyn, you're more talented than I am.

Marja, I still remember doing March of the Wooden Tin Soldiers, or something like that it was called. I still remember the tune also.
We did
Shuffle Down, Step, Step.
That was so many years ago!

I'm not handy with fixing things but I like to borrow ideas for crafts. Every year my family gets a hand-made ornament for the tree. It started when I was in college and broke. Now my kids are making the ornaments to pass on. One is in college and the other the last year of high school. Not good for a running toilet but excellent for a great Christmas tree.
Wendy
W.S. Gager on Writing

Wendy, It's wonderful to carry over such traditions from family to family.
As far as Christmas trees go, I only use a tabletop one because of the dog, also no room anyway!

I would call myself a handywoman. :)
I love tinkering with wobbly odds and ends, or anything that can be fixed with a tool from the toolbox, so long as its not anything resembling a phone. :)

I'm not particularly handy but my husband is. Romances that include a man who is handy are well-received. I've only written one short story about such a person in "The Man Who Didn't Like Children" which appeared in a recent issue of Scottish Home and Country.

Shaunda, I'm a little handier than my husband, only because I have a bit more patience, just not the muscle for some of the projects.

Jacqueline, keep him! Then you don't have to try and be handy!