Alek glanced over his shoulder at the oncoming traffic before opening his door. He stepped out, closed the door quickly, before venturing around the front of the car. Opening her door, he held his hand down to help her out and said, "I'm concerned about the mutual damage we will cause each other. Is that a good enough answer for you?" 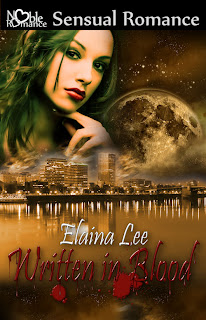 The wind blew wisps of dark hair across her skin. The soft angles of her face illuminated under the streetlamp's yellow lighting. With an annoyed flick of her hand, she cast the strands away. "That's fair."

"I'm glad you agree," he said, closing the door. Stepping to the side, he motioned for her to walk forward, though he made no movement to do so himself. "Have a good night, Ms. Crisdean."

She walked up the brick stairs, pulling keys out of her purse. Then, just before she opened the community front door, she turned and glanced down at him. Alek raised a brow and took the few steps to the bottom of the stairs, meeting her gaze.

"You know," she began, "I guess I shouldn't be surprised by this little air of mysterious danger you constantly seem to have around you. But I am. So much surrounded your name, I figured you wouldn't live up the hype. No one ever does."

An alluring smile crossed her lips. "Why, thank you; hopefully I won't disappoint you in the future."

This little game they played was becoming precarious, yet Alek could not stop, too intrigued by what her next words or actions would be. "Somehow, I find that highly unlikely."

"Mmm." She drew out, sending a shiver racing up Alek's spine. "Too bad you probably won't ever find out."

Alek let his gaze wander from her exposed ankles to the breeze-teased fabric blowing around her thighs. Higher still, his eyes shifted, along the smooth, flat planes of her abdomen to the soft mounds of her full breasts—perfect breasts, just bigger than what he could hold in his hand. Finally, he settled on her beautiful face. An expression of both exasperation and humor danced in her eyes and toyed at her still kiss-swollen lips.

"You keep this up, Lyndi, and I'll find out sooner than you may like."

And here's the BLURB -

Lyndi Crisdean is assigned one of the hardest cases in her career as a defense attorney. A serial murder case. Investigating is Alek Trevian, the lead investigator for the district attorney, and a handsome and supremely dangerous man. Lyndi finds herself in over her head when she chooses desire for Alek over common sense. If they're caught, Lyndi will lose everything she's worked for. Circumstances beyond her control pull her toward Alek, for he turns out to be the only one who can help when threats start to mount against her.

Lyndi may be the key Alek needs to bring down a murderous cult running loose in his city. When her beach house is broken into and a man begins to tail Lyndi, Alek can't help but reason Lyndi may be next on the cult's hitlist. The question is, will he discover the identity of the cult, keep her safe, and still win the case against the serial killer she's defending, all while losing a battle against the strong, untamable desire she alone ignites within him? 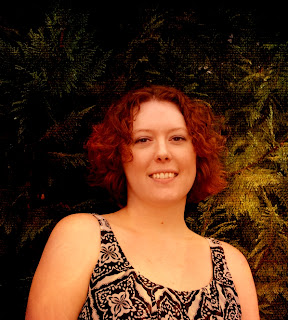 And here's the link to my TRAILER -