Johnny asked me to say a little about my background or offer a memory or two for his guest blog with Chris. No problemo, I said, contento ayudar, amigo. I was reminiscing just last week when I visited my favorite tia, madrina Maria, back in Chicago. 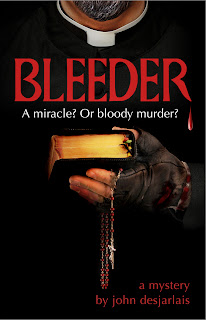 So I wheel my '69 Charger onto 18th Street in Chicago’s Pilsen neighborhood near her place, and the throaty rumble of the big engine turns heads. Good street cred. I hear Norteño bands playing plaintive corridos on button accordions along with the thump-thump of quebradita, a blend of North Mexican banda and Aztec punk rockers singing in Spanglish. Ay, lemme tell you, I felt my Spanish blood beating.

Every time I pass Saint Adalbert’s Elementary in the shadow of the church’s skyline-dominating steeple I remember how in the sixth grade Sister Mary Beatrice (aka Sister Mary BattleAxe) caught me speaking Spanish in the back row asking Gloria Garcia for an eraser. Sister pulled me by the ear into the corner.

“You’re in America now,” the Polish nun reprimanded me, her milky finger in my mocha face. “We speak English here. If you want to be an American, speak American. If you want to speak Spanish, then go back to Mexico.”

I asked if there was a difference between speaking English and speaking American. Even then, Dios me ayuda, such a mouth.

Sister Beatrice kept me after school on KP (kitchen patrol) for "talking back."

“Ay, you don’t talk back,” my mother chided me when I got home. Mami’s high Zapotec cheekbones colored and the jet-black bun on top of her head, I could have sworn, was spinning.

“Muchachitas bien criadas, girls brought up well, don’t mouth off,” Mami said, wringing the dishtowel. “Do you want to be called ser habladora? A big mouth that talks too much? Is that what you want?”

“Mami, all I did was ask a question.”

“En boca cerrada no entran moscas,” my mother said, tapping her lips with a finger. Flies cannot enter a closed mouth. She had a dicho for everything. 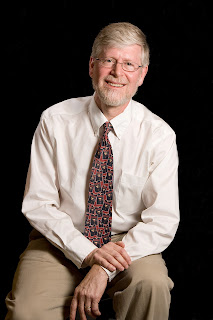 I didn't tell her what the kids did in recess the next day. Joey Kowalski asked me if I knew the Frito Bandito and got the others to dance around a hat singing “La Cucaracha” while snapping their fingers like castanets over their heads. How could they know the famous Pancho Villa song was about Mexican heroes who bravely fought back against white oppressors? So when Joey asked me in my face if I knew Speedy Gonzalez too and trilled “Reba, reba! Andale!” I bloodied his nose with a single punch. He was too astonished and ashamed to tell Sister Mary BattleAxe what really happened and said he had taken a direct hit in the face during dodge ball in recess.

I told my twin brother Antonio about it that night.

“The boxing lessons I gave you, they helped, no?” he said, laughing. “Did you put your shoulder into it, the way I showed you, like this?”

“Stop it,” I whispered, deflecting the playful punch. “Mami says I already act too much like you boys. Promise you won’t tell her. Or Lorenzo or Francisco. Promise me.”

“Oh, he might be glad,” Antonio chuckled. “He wanted all boys anyway to start his own beisbol team. Then you came along and put a stop to that idea.”

I socked him in the shoulder; he swung the pillow into my face, I threw mine at him, and soon the room was full of goose feathers and giggles.

Madre de Dios, how I miss him. I'd better stop here.

OK, Johnny, thanks for letting me share in your place. Now get back to writing the third book in this series or I'll give you a swift kick en la nalgas with my Guiseppi Zanottis!

On All Souls Day, Selena De La Cruz’s name is entered in her parish church's “Book of the Deceased.”

The problem is, she's not dead.

And someone thinks she should be.

Is it "The Snake," a notorious drug dealer Selena helped to put in prison when she was a Special Agent with the DEA years ago? Or someone far, far more dangerous?

A former producer with Wisconsin Public Radio, John Desjarlais teaches journalism and English at Kishwaukee College in northern Illinois. His first novel, The Throne of Tara (Crossway 1990, re-released 2000), was a Christianity Today Readers Choice Award nominee, and his medieval thriller, Relics (Thomas Nelson 1993, re-released 2009) was a Doubleday Book Club Selection. Bleeder and Viper (Sophia Institute Press, 2009 and 2011 respectively) are the first two entries in a contemporary mystery series. A member of The Academy of American Poets and Mystery Writers of America, he is listed in Who's Who in Entertainment and Who's Who Among America's Teachers.

VIPER isn’t out yet, but it will be available through Amazon.com and can be ordered through bookstores sometime later this Spring. BLEEDER, RELICS and THE THRONE OF TARA are at Amazon, too:

I suppose Selena should have introduced herself a bit more at the beginning. Insurance agent Selena de La Cruz was a minor character in BLEEDER and is the protagonist in the sequel, VIPER, due out later this year. She is a 30-something second-generation Mexican-American woman from Chicago. Her Papa was a former executive with the Mexican oil company, PEMEX, before he took a position at the Mexican Consulate in Chicago. After earning a finance degree from Loyola, she worked with the DEA for several years before being compelled to leave under circumstances described in VIPER - but her DEA past comes back to haunt her. OK, that much background should suffice.

Perhaps it takes one in the know but in my day, we never had nuns called by a 'female' name; they were "Mary Michael" or Mary James", etc. And as I live in Mexico, I find this excerpt quite hard to swallow...even with the previous author explanation.

Thanks, Anonymous. All my nuns in Catholic school had female names (Sister Mary Regina, for example) and the Latinas here in the States I interviewed said this passage resonated with their American experience. I read this at a library book-signing last night and a Mexican-American from Chicago in the audience thanked me for being accurate. So I still feel confident that it is authentic.