Maryann was lovely enough to step in when I needed a last minute guest. 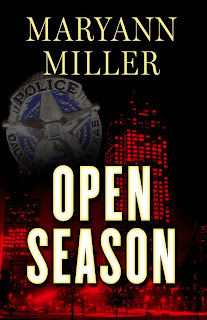 Open Season, the first book in a mystery series is a new release from Five Star Cengage/Gale in hardcover.

Set against a backdrop of racial tension and deadly force controversy in Dallas, Open Season introduces Sarah Kingsly and Angel Johnson, homicide detectives who are unlikely and unwilling partners. When people start dying in area shopping malls, the detectives find themselves up against a killer who has his own race card to play.

Author Bio: As a journalist and author, Maryann Miller amassed credits for feature articles and short fiction in numerous national and regional publications. The Rosen Publishing Group in New York published nine of her non-fiction books including the award-winning, Coping With Weapons and Violence in School and On Your Streets. Play It Again, Sam, a woman's novel and One Small Victory, a suspense novel, are electronic books available on Kindle, Nook, and other e-book reading devices. Her young adult novel, Friends Forever, is available for Kindle readers. She has also written several screenplays and stage plays and is the Theatre Director at the Winnsboro Center for the Arts. She lives on some acreage with her husband, a horse, two goats, four cats, two dogs, and a variety of wild critters that wander through.

Sarah took a deep breath and faced Quinlin in the stuffy cubbyhole of an office. The room was hot and musty. Dust motes floated in the slivers of sunshine that had penetrated the haze of accumulated grime on the windows of the old building. The scent of his cologne hung heavily in the still air. Chaps. Rich, masculine, and too easily a distraction.

Dressed in a dark, somber suit, Quinlin didn’t speak. He watched her with the careful scrutiny of a snake considering a field mouse. A trickle of perspiration ran down Sarah’s back and dampened her white T-shirt. Shifting in the wooden chair, she contemplated the wisdom of taking off her jacket, then decided against it. He would interpret it as a sign of weakness.

She thought she was prepared for this. She’d rehearsed it a million times, remembering the images, nailing down the sequence, readying herself for his opener, “Detective Kingsly, tell me what happened that night.”

She recalled the moon playing tag with a few heavy clouds, casting weird, disorientating shadows on the crumbling buildings. She remembered wishing the clouds would give way to rain, anything to relieve the oppressive heat that had pounded the city relentlessly for weeks. She remembered thinking the heat made people do crazy things.

Maybe that’s why it had happened.

The rest of it flashed through her mind like a sequence of freeze frames.

Franco and the boy turn.

A glint of metal in the moonlight.

John pushes her away, reaching for the gun tucked in his waistband.

The clasp on her purse sticks.

A flash of gunfire.

The sharp report of return fire.

Struggling to get her gun. 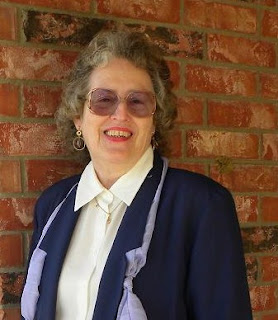 The kid swings his gun toward John.

She fires the same time the kid does.

The coppery smell of warm blood.

Goddam it, John, get up!

Why is everything so quiet?

Where is the kid?

Every time Sarah played the scene in her mind, she hoped for a different ending. It never came. Her purse always had the hole in it. John was always dead. And so was the kid.
Posted by Chris Redding at 11:29 PM

Thanks for letting me post an excerpt today, Chris. I hope people enjoy meeting Sarah.

MaryAnn,
Great post, and I did enjoy meeting Sarah. She sounds like my feisty Sarah from Sarah's Journey. I have added your book to my ever-growing stack of "must reads." I need deeper pockets. :)

I'm with you, Ginger. The more I hop around the blogosphere and meet new authors, the bigger my list of books I want gets.