“I’m here because the hormonal shifts of menopause overcame my bi-polar drugs.” 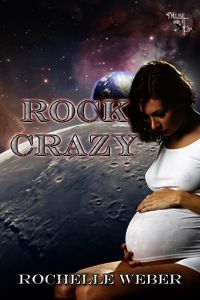 Eleven men, members of the Chicago VA chorus of which I was a member, slumped down in their chairs shaking their heads murmuring, “Oh no, she didn’t just say that,” in the opulent dining room in Minneapolis, Minnesota at the National Veterans Creative Arts Festival.  I’d been selected to give the woman’s view of my first experience at the Festival.  I’d been a member of the chorus since my first hospitalization for bi-polar disorder in in 2001.  I was diagnosed at the , VA in 1996.
“Ya haven’t lived until you’ve been the only woman on the locked ward at the VA.  As they say—the odds are good, but the goods are odd.”
During menopause I was hospitalized five or six times.  Back in the seventies when I tried birth control pills, I threw a blood clot in my lung.  Hormone therapy was out of the question.  Besides, I’m cold all the time.  I miss my hot flashes.  ;-(
I do not, however, miss my mood swings.  I’m a rapid cycler and most of the time I’m fairly normal.  Unfortunately, I moved away from where I got really good care to a more rural VA where they refused to change my meds even when it was clear they were not working.  They just kept increasing the dosage.  I kept “going off” on people and in between, I experienced increasing dementia—forgetting what I was doing, losing words, etc.  I’m a writer, I’m in Mensa and I was in my fifties.  I was terrified, and my daughters were so upset, they made me give up my apartment and move in with my eldest.
Bi-polar disorder is easy to misdiagnose.  People think of it as euphoric highs and crashing lows—going from periods of intense happiness and creativity to periods of paralyzing depression and, indeed, many bi-polar people are like that.  But it can also include horrible temper tantrums, spending sprees, going from sexual promiscuity to total lack of desire.  In really severe cases, people hear voices and it can be misdiagnosed as schizophrenia.  I spent several years on Prozac not realizing I was only treating half of my disease, because I didn’t realize my tantrums were the other half, until I had a roommate who was bi-polar and recognized the symptoms.  She gave me Patti Duke’s books, “Call Me Anna,” and “A Brilliant Madness.”  I read them on the pysch ward at the VA.  I was there for two weeks while they diagnosed me and regulated my meds.
Bi-polar disorder is caused by imbalances among serotonin, dopamine and other brain chemicals.  Scientists have also noted an increase in the lateral ventricles, and an increase in the rates of deep white matter hyperintensities of the brain.  It seems to run in families, but a definitive genetic link has not yet been established.  Lithium is the drug of choice for severe bi-polar patients, but I’ve never taken it because of its side-effects.  I’m on a combination of an anti-depressant and an anti-convulsant.  This is the third or fourth such cocktail I’ve tried in the fifteen years since I was diagnosed.
My current book, Rock Crazy, is about a Katie McGowan, a woman with bi-polar disorder.  Many of Katie’s experiences are mine.  Arguments with her mother are real, but mine took place when I was a teen ager and I was awake.  I believe my mom was bi-polar and self-medicated with alcohol.  I hit puberty when she hit menopause and “it was not a good match,” as Katie tells her friend, Annie.  We fought pretty hard when I was in high school.  But Mama was a good person.  She adopted me when my birth mother was asking around the neighborhood for a home for me.  (My birth mother may have been bi-polar as well.)  And I know she loved me and was proud of me because she kept the first story I ever wrote when I was seven and had chicken pox.  I still have it—the story, not chicken pox.  She was just sick, like me and Katie.  I hope you’ll read Rock Crazy and enjoy it.
Rock Crazy 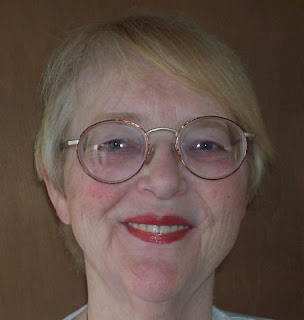 Katie McGowan is bi-polar, and she’s run the gamut of medications, but nothing works anymore.  Everyone says her she should have a microchip implanted in her brain that can regulate her mood swings.  But Katie doesn’t want to be a robot.  In a tough love move, her husband, Scott takes her to the Moon—and dumps her. Katie’s stuck on that God-forsaken “rock,” and thinks she’s space sick. But she’s wrong; she’s pregnant. Now the surgery’s too dangerous and she has to go off her meds until the baby’s born.
Scott’s elated that he’s going to be a father and assumes Katie will take him back.  He has no clue how badly he’s hurt her, how thoroughly he’s broken her trust—or that he may not get her back at all.
Bio:
is a Navy veteran and holds a BA in Communications from in with an emphasis on creative writing.  Her non-fiction article, “Bulimia,” was featured in Hair Trigger 9 & 10, the acclaimed student anthology.  Her first novel, Rock Bound, is available at Create Space, Smashwords, Amazon and BN.com.  She edits the Marketing for Romance Writers Newsletter.  Rochelle fights her own battle with bi-polar disorder, quipping, “You haven’t lived until you’ve been the only woman on the locked ward at the VA.”  Her song, “It’s Not My Fault,” won a gold medal in the National Veterans Creative Arts Competition. She lives in Volo, Ilinois, with her elder daughter and granddaughter.  Her younger daughter lives in , and has a son and two daughters. Three cats and a bunny allow the humans to wait on them leg and paw.
Links:
Rock Crazy Buy Link:  http://tinyurl.com/museituprockcrazy
My Website:  http://www.rochelleweber.com
Blogs:  http://rochelleweber.blogspot.com
http://rochellesreivew.blogspot.com
Facebook:  https://www.facebook.com/profile.php?id=1067356188
Twitter:  http://twitter.com/RochelleWeber
Posted by Chris Redding at 12:08 AM

Thank you for hosting me today. Sorry I'm so late getting here. I will get over to my social media and let people know I'm here. ;-)

Meanwhile, if anyone stops by, I'm on a blog tour and anyone who comments on these blogs will have a chance to win your choice of a signed copy of my first book, Rock Bound, or a Rock Crazy tee-short or mug. I'm also on Ramblings from Lady Rosalie. http://rosalieskinner.blogspot.com/

Hi, Rochelle. I love your sense of humor; a must for a first rate author. Love the premise of your book and hope to read it soon. Cheers,
PD

Sometimes you just have to laugh at yourself. It definitely beats the alternative.

Your self awareness is impressive, Rochelle, especially with respect to the way you related your own experiences to your character. This story has the potential to help lots of people. I wish you many sales!