From the age of about 7 or 8. My dad wrote in his spare time, mainly humorous columns for the local paper. I loved playing with his typewriter – which tells you how long ago that was. I loved comedy on radio and TV, and it was a revelation to me when I discovered that people wrote the scripts. I just imagined the comics made it up as they went along. So I decided I wanted to write sitcoms for TV. I never made it. The nearest I got was having the pilot episode of a sitcom bought by the BBC, but the Producer didn’t like Episode Two, so that was that. 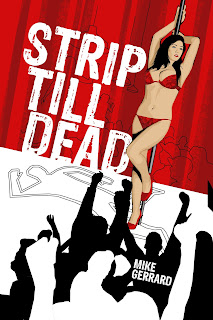 I didn’t, really. It just sort-of happened, as lots of things do in life. I’ve been making my living as a travel writer for about 20 years now, and that was only because I enjoyed travelling and enjoyed writing, and like everyone else it seemed the dream job. I now know it isn’t, it has its downsides like any other job, but back then I decided I wanted to try to get into this travel writing. I sold one or two articles, then a few more, and slowly it built up till I was able to make a living from it.
I’d always read crime novels, but alongside lots of other fiction and non-fiction. A few years ago I discovered writers like George Pelecanos and Michael Connolly, and began to read more and more crime as I discovered other brilliant crime writers like that. I wanted to write something that was more of a challenge than writing travel. Not that there’s anything wrong with writing travel, but I think any kind of writer would want to try something they hadn’t done before, to see if they could do it. So I decided I wanted to try writing a crime novel

I went out with a stripper for a while when I first lived in , and it was an insight into a remarkable and very colourful world. I really wanted to write about it somehow, one day. It might have been comedy, it might have been non-fiction, but that world all came back to me when I decided to try my hand at crime writing, and I knew it would make a brilliant setting.

Hundreds, probably. I’ve been a journalist for about 30 years, and a travel writer for about 20. Travel writing is very very competitive, and you’re always sending in ideas and having them turned down. You have to be able to take that. You soon learn that there are all kinds of reasons why an idea or even a finished piece can be rejected. It isn’t simply that it isn’t good enough. It’s nothing personal. One travel editor told me she received something like 400 story ideas a month, of which she could use only a handful. That’s just the way it is.
Strip till Dead was turned down by several agents and publishers, although some of them said some very nice things about it. None of them said the nicest thing of all, though, which is ‘yes’. I got frustrated with the agents who never got back to you, who would ask to see the book on the basis of a synopsis and sample chapters, and then you never heard from them again. In a 5-month period over the summer of 2010 I sent the book to 3 agents and 2 publishers in the , all of whom had asked me to send it in. By the end of the 5 months when it was time for me to go back to the , where we also have a house, not one of the 5 had got back to me, so I decided to publish it myself. I can take ‘no’, like I said. What I can’t take is not knowing, and being ignored when you send in polite follow-ups to ask what’s happening.

It’s still travel writing, which these days includes updating a lot of guidebooks, writing very little journalism, but also now publishing and writing three travel websites with my wife. The main one, www.Pacific-Coast-Highway-Travel.com, is now well on the way to becoming a full-time job in itself.

I can write good dialogue. I’ve had three radio plays broadcast by the BBC, and radio really tests your ability with dialogue. I think I can also be funny, and I’m interested in people and their quirks, and personalities. I hope I can create believable characters.

My great weakness is plotting. I’m just not good at creating strong storylines, but fortunately that is something you can work on, and I have. One of my Amazon reviews in the States said: ‘Gerrard plots his story well and carries it off with flair.’ And no, it wasn’t by a friend of mine. I was more pleased with that one line than anything else in the review. I’ve read books on story structure and plotting, over and over, and of course when you come to work on a story, you just have to try to create a strong plot, otherwise it goes nowhere. But it doesn’t come naturally to me.

The liberation of writing fiction, of being free to make things up. That’s hard to do when you’re writing guidebooks! They have to be factually accurate. With fiction, if you want someone to be born in 1976 instead of 1966, you obviously need to think about the implications on the story – but you can just do it. Set a scene in Brixton? Well, if it’s right for the story and characters, you do it. Believe me, when you’ve spent 20 years being obsessed by museum opening hours and how many rooms a hotel has, fiction is a complete liberation of the mind.

The whole final chapter. Not because it meant I’d got to the end of the book, but because I didn’t know what was going to happen in it. I knew the main characters were going to come together in it, and it was going to be nasty, but the actual ending surprised and shocked me a little – so I hope it does the same for the reader. It was one of those sections that almost wrote itself. The characters took over, and they decided what was going to happen, not me. I really enjoyed writing both the two main final scenes, and when I put the book aside for a while and re-read it some time later, it still worked for me. Also, I had intended the book to be a stand-alone, and when I did the ending it seemed obvious that it would have to be a stand-alone. But after a while I started to wonder what happened to the characters next. ‘You can’t leave them like that,’ I thought. So I have been thinking about another book with the two main characters, though given what does happen in the final chapter, it presents a challenge. Though that’s what made me write the book in the first place, to face a challenge, so what’s another one? 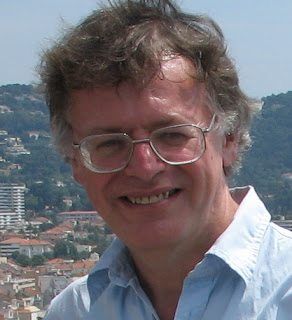 Author Bio:
Mike Gerrard has won several awards for his travel writing and guidebooks, and has written for The Times, National Geographic, American Express, Michelin, the AA, AAA, Fodor’s, and many other leading travel publishers. He has published a collection of his travel writing, Snakes Alive, and written three radio plays for the BBC. Strip till Dead is his first crime novel. He divides his time between Cambridgeshire in the , and in the .
Book Blurb:
Liz is Nicola. Nicola is a stripper. And a stripper is about to die. When Liz Pendle moves from the north of to go to university in , her life is about to change in more ways than she can imagine. Persuaded by her flatmate Zuzzi that stripping is an easy way to make money, Liz is soon taking her clothes off in some of ’s seediest pubs and clubs. But when a stripper is found murdered, Liz is lured further into this secret world and must decide how far she’s prepared to go to help unmask the killer.
My website:
www.mikegerrard.com
Strip till Dead
US Kindle: http://tinyurl.com/4fv32zf
Kindle: http://tinyurl.com/48vgygc
Paperback: http://tinyurl.com/striptilldead
Posted by Chris Redding at 12:01 AM