Sum of the Parts

SUM OF THE PARTS or WHAT’S AN ENHANCED E-BOOK, ANYWAY?
By Alina Adams

For the majority of my career, I’ve worked simultaneously writing television and books, always looking for opportunities to combine the two.
I wrote “New York Times” best-selling tie-ins, “Oakdale Confidential” and “The Man From Oakdale,” for the soap-opera “As The World Turns,” and “Jonathan’s Story” for its sister show, “Guiding Light.”
My years as a figure skating researcher and producer for ABC, NBC, ESPN and TNT inspired my Figure Skating Mystery series for Berkley Prime Crime, “Murder on Ice,” “On Thin Ice,” “Axel of Evil,” “Death Drop” and “Skate Crime.”
But, this was all back in the days when television and books were completely separate entities, and never the twain shall meet unless one was turned into the other – a TV series into a book (like the ones I mentioned above), or a book into a TV series.
That’s all changed in the past year.  Thanks to technology that’s moving so fast it can be a fulltime job just to keep up with it, books have the option of being electronic.  And once electronic, they no longer need to be merely words on a page.  They can include images, audio, video – anything you need to tell your story. 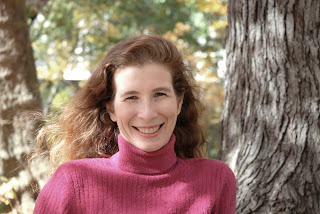 Granted, most books are perfectly fine just the way they are.  They are a story told through language, simile, metaphor, vivid description and characters that leap off the page to live and breathe right alongside the reader.
But, some books… some books are ripe for a little more.
For instance, in my Figure Skating Mysteries, there is, obviously, figure skating.  I describe it, I have other characters discuss it, I have observers comment on it.  But, still, this is figure skating.  You have to see it.
That’s where video comes in.  Thanks to The Ice Theatre of New York (http://www.icetheatre.org/), you can click on a link and actually witness the characters I could previously only write about performing their mesmerizing routines on the ice.
Currently, I am in the process of digitizing and enhancing my entire backlist.  But, those curious about how it works can check out a $.99 cent excerpt of “Skate Crime” on Amazon at: http://tinyurl.com/SkateCrime.
I am by no means alone in this.  Other companies are getting into the act, producing ‘Vooks’ (http://vook.com/what-is-a-vook.html) or enhancing public domain classics by Rudyard Kipling and Dante Alighieri.
But, this is where things get tricky.  Just because the technology is now available to enhance all books, does that mean that all books should automatically be enhanced?
If by “enhanced,” you mean what a majority of publishers are doing, which is adding an interactive table of contents, some photos, and maybe a critical essay on the main work, then yes, sure, why not?  All of those things are useful and not particularly distracting.
If by “enhanced” you mean non-fiction books incorporating maps and period film footage and video interviews with the key players in their story then yes, absolutely, a more complete picture is always preferable when it comes to fact-based tomes.
But, if you’re talking about fiction, it’s not nearly as cut and dried.
In my humble opinion (and, at this stage of the game, everyone is simply making their best guess, the concept hasn’t been around long enough to mint a single expert who might claim superior knowledge) the only reason to introduce enhanced elements into any novel is if it serves the story – nothing else.
Does this enhancement improve the reader’s experience?  That’s it.  Not: Does it fluff the author’s ego, show off a cool, new gadget, or even pad the bottom line?
Does it make the story we are trying to tell better?”
In the case of my skating mysteries, I believe being able to watch the performances adds a dimension nothing else can match.
But, what works for one title by no means guarantees success for another.
When working with author Dan Elish to reprint his children’s fantasy novel, “The Worldwide Dessert Contest,” as an enhanced e-book, I went in the opposite direction of “Skate Crime.”  Instead of video, “The Worldwide Dessert Contest” features audio of songs written for an original musical based on the book.  Our efforts were even rewarded with a mention in BroadwayWorld.com! (http://books.broadwayworld.com/article/New-Childrens-Enhanced-E-Book-Offers-Original-Musical-Theater-Songs-as-Part-of-the-Story-20111004).
The main point I am trying to make is that every writer has their own process in going from idea to outline to chapters to manuscript to revisions to book.  And now those who are interested in exploring other options have been handed a new piece to the puzzle (that’s a good thing, trust me).  Your book need not be limited to just words on a page.  It can be whatever you and your imagination (and your tech guru) envision it to be.
The key is putting as much thought into the enhanced elements as you do into every other part: plot, characters, tone, structure, voice, setting, etc…. Only then will the technology be worthy of it’s inclusion, and the craft will become the art.
Alina Adams’ enhanced e-books include “Skate Crime: Multimedia” and “When a Man Loves a Woman: Enhanced Multimedia Edition.”  She founded Alina Adams Media in 2011 to help other authors re-release their previously published books as one-of-a-kind enhanced editions.  Learn more at http://www.AlinaAdamsMedia.com
Posted by Chris Redding at 12:04 AM