What If the Problem is in Our Pages?

REVIEW ANGST – PART II  or  What if the Problem is Not in the Stars but Within Our Pages?
by Robert W. Walker 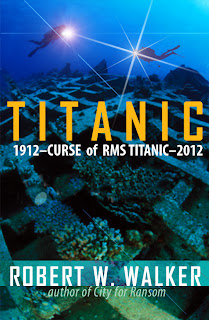 Now if the review has any legitimate gripes, in Legacy publishing it is near impossible to get a correction even on a second printing, but if you have put the book out yourself as an Independent author on Kindle or elsewhere, I would take the book down and address these issues. Issues such as misuse of their for there all over the place, or your for you're all over the place, or passive constructions, all tell no show, etc. At which time, you need to hire a guy like me who can repair all the damage at 3 bucks a page.

Pattern errors exist in every author's repertoire, especially new authors. Example for some subconscious reason all your characters' names are Charlie, Tommie, Billie, Sadie....every character's name ends in ie rhyme. This is not what a writing coach/professor like yours truly is talking about when I speak of Sound and Sense. You fail if your characters are all named Tom, Dick, and Harry if all the others are Rham, Rick, and Larry, or let us say Pam, Tam, Jam, Ram, Damn, Lamb, Crain, Blain, bada-bing, but as the author, you never see such flagrantly bad problems as twenty five uses of the word WAS on page one. Or there is a huge overuse of prepositional phrases, or worse yet pronoun proliferation, etc., etc. Many ways to sink a book before she is even launched. Bottom line is to get as many alpha and beta readers as you can find, rewrite as often as you can, and realize that Writing is Rewriting.

Award-winning author, ROBERT W. WALKER has been a citizen of , five years and lives with his wife and four stepchildren in the . Rob created his highly acclaimed INSTINCT and EDGE SERIES between 1982 and 2005.  He has since written his award-winning historical series featuring Inspector Alastair Ransom with CITY FOR RANSOM (2006), SHADOWS IN THE WHITE CITY (2007), and CITY OF (2008).  This history-mystery hybrid straddles the Chicago World’s Fair circa 1893, and has had enthusiastic reviews from historians and the Chicago Tribune,  which likened “the witticism to Mark Twain, the social consciousness to Dickens, and the ghoulish atmosphere to Poe!”   Rob’s current work is Dead On and a 3-part historical thriller ebook entitled Children of Salem. Rob is also working on PlagueShip Titanic, a re-structuring of the Titanic story which attempts to explain why the captain intentionally sent the ship to the bottom of the . You can find Rob at www.RobertWalkerbooks.com ,  www.HarperCollins.com www.acmeauthorslink.blogspot.com , and http://tinyurl.com/ykch9vf

Rob Walker
www.robertwalkerbooks.com
Posted by Chris Redding at 12:08 AM