When soap opera star Abby Langford leaves Los Angeles for her Minnesota hometown, she’s hoping to give her nine-year-old daughter the peaceful childhood she never knew. But instead of tranquility, Abby finds an old knife hidden between the walls of her new house. Then the nightmares start: a blood-soaked victim and a killer’s arm slicing through the air, again and again.

Abby wonders if she’s having the nervous breakdown the tabloids claim she already had, especially when sexy, skeptical police chief Josh Kincaid questions her story. When menacing hate mail arrives, Josh’s professional concern for Abby soon evolves into an intense attraction, and the feeling is mutual. And now Josh wonders if her psychic visions are of crimes past—or a premonition of terrors to come.

To survive, Abby and Josh must uncover the truth and stop a killer . . . before Abby’s worst nightmares come true. 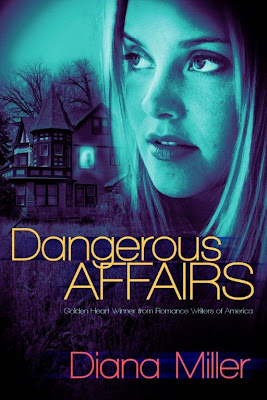 
The doorbell rang, shooting a fresh blast of cold panic through Abby. She opened her mouth, but swallowed her scream—it had to be the police. Bad guys didn’t use doorbells. She unlocked and opened the front door with frozen fingers.

Josh was standing on the front porch, dressed in black jeans and a burgundy polo shirt, his hand on the doorjamb and his eyes narrowed. “What’s such a damn emergency?”

“I got another message. From the person who hates me.”

Josh expelled a clearly exasperated breath, running his fingers through his dark hair. “Look, I know I told you to take the letters seriously, but since the mail carrier delivered it hours ago, this isn’t exactly an emergency. Bring it to the station tomorrow. I’d like to get back to my date.”

“It didn’t come in the mail this time.” Abby’s voice rose an octave, her words tripping over each other. “It’s on my bathroom mirror, written in lipstick. Someone got into my house, and they could get in again.” She sounded half hysterical, but she couldn’t help it. This was in a different category from her normal hate mail.

Josh stepped into the house, closing the door behind him. “You were gone tonight?”

She slumped against one wall of the foyer, hugging herself and struggling to regain her control.

“Maddie and I were at a birthday party for Laura’s youngest son. At Pizzaville. We got home around nine thirty, and I put Maddie to bed. I read in the family room for a while, then went back upstairs. And found it.”

“Show me.” Josh grabbed her forearm and directed her up the stairs.

The message was short and to the point, capital letters written in red lipstick on the wall-size mirror:

LEAVE OR DIE BITCH. FROM YOUR BIGGEST FAN


When she was eight, Diana Miller decided she wanted to be Nancy Drew. But no matter how many garbage cans she dug through, conversations she “accidentally” overheard, and attics she searched, she never found a single cryptic letter, hidden staircase, or anything else even remotely mysterious. She worked as a lawyer, a soda jerk, a stay-at-home mom, a hospital admitting clerk, and a conference host before deciding that the best way to inject suspense into her otherwise satisfying life was by writing about it. 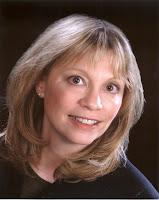 Diana is a five-time nominee for the Romance Writers of America Golden Heart Award and winner of a Golden Heart for Dangerous Affairs—a romantic suspense novel that shows not everyone in her home state is Minnesota Nice. She lives in the Twin Cities with her family.

My website link is www.dianamillerwriter.com. I have buy buttons for both Amazon and Kindle on my website, but have no idea what you have to do to insert them since my web designer did it.

First, I noticed you’re from New Jersey. I hope you didn’t suffer any damage in the superstorm. Some of the pictures I saw of your state and especially of the Jersey shore were horrifying. I’m so sorry that anyone had to go through that.

Second, I’m thrilled that you’re featuring my debut novel DANGEROUS AFFAIRS today on your blog. Thanks so much.

I’ll check back later to answer any questions.

Again, thanks for hosting me. I really appreciate it.

This is my kind of read. Sounds very exciting.
Kit3247(at)aol(dot)com

Thanks for the tour blast and great giveaway.
catherinelee100 at gmail dot com