Thank you, Chris, for having me on your wonderful blog today. Happy Halloween!

The Best Advice Anyone Ever Gave Me and Why.

The best advice anyone ever gave me was to publish my work. I’d never thought of publishing. It’s not why I started writing. 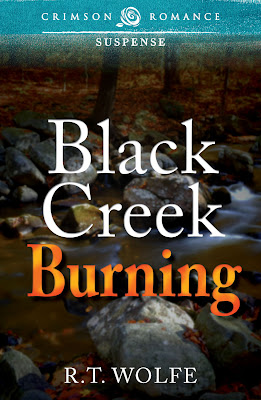 I am a writer. I write because I can’t not write. The creating, the research, the editing, the revising…I love every part of it. I call it my crack cocaine. I have no recollection of sitting down and typing out the first few lines of Black Creek Burning. A few lines turned into a few pages that turned into a few hundred pages. I was in a tunnel of focus for months. When I came out the other end, I had a completed romantic suspense in my hands (or on my flash drive).

I copied the novel at a local Kinko’s and had them tape bind it. There, I thought, I have a book. I gave it to a friend to see if it made any sense. She read it in one day, then gave it to a friend who gave it to another friend…in a few months time I had a small army of readers who mutated into pushy, hounding, persistent nags ordering me to submit. I’m so lucky to have them!

Writing is still my first love, but the feel of having a reader buy my work and leaving me a thoughtful comment is something I can’t accurately describe. My favorite is the mom who left a message on my contact form telling me her kids had to eat frozen pizza for dinner because she couldn’t put my book down. Or when readers message me to tell me they cried at this part or at that scene. I love it.

By the time I was partially through Black Creek Burning, it turned itself into a trilogy. I’d hardly put Black Creek Burning aside before To Fly in Shadows starting pouring out on my keyboard with Dark Vengeance following close behind. Publishing is a crazed world. I can’t believe I’m here and am thankful for the advice I was given to get me here.


Brianna Chapman learns to handle just about anything. Witnessing the murder of her parents had that effect. Knowing the unsolved arson had been meant for her isn’t as easy to overcome. Instead, she stuffs her guilt soundly into her subconscious through diving into the teaching job she loves by day and the dirt of the landscaping business she owns by night. Her habit of remaining aloof to personal relationships is, well, working.

Will her guilt be as easy to keep buried if the killer comes back to finish the job?

In the midst of juggling a scorched yard, dead animals on her doorstep and her vandalized car, the one thing she didn’t count on was the staggering Nathan Reed. A nationally renowned woodworking artist, Nathan and his two priceless nephews move into the run-down historical house behind her and over Black Creek. They have a canny way of maneuvering around her aloof demeanor and into her heart. Will they still want to be part of her life when they discover she is haunted by past memories and hunted by present dangers?


As she meandered up the path to their house, she felt queasy, like she’d done this before. Nervously, she glanced over her shoulder through her mass of wavy brown hair as she kept moving toward the front door. Two people were walking along the street. She stopped and wondered what reason anyone would have to take a walk at this time of night in such an early bird neighborhood.

It was then she heard the shrill of the smoke detectors. Chest tightening, she bolted for the door.

“Mom! Dad!” she screamed and tumbled inside, spotting them almost immediately as they ran down the long upstairs hallway.

Not again. Please not again, she begged, as she fought her frozen legs to make them move up the stairs. The smoke detectors shrieked in her ears. Or was that the shrieking coming from her lungs? Her parents yelled her name as they reached for the bedroom door. She couldn’t stop gasping for air long enough to tell them to stop. She wasn’t in there. Didn’t they know? They needed to get out of the house. Couldn’t they smell the smoke?

Just like each time, her viewpoint from the middle of the stairs showed her the yellowish air sucking under the door to her bedroom. Although trying to use the railing to give her momentum, every part of her felt like it was in molasses. She cocked her head to the side, drawing her eyebrows together. Her gaze locked on the eerie breeze.

Almost simultaneously, her mother rotated the knob as her eyes turned and met hers. For that fraction of a second, her mother understood the fear on Brie’s face, but it was too late. It was always too late. As she opened the door, Brie had just enough time to witness her parents engulfed in flames before the explosion blew her back and everything went dark. 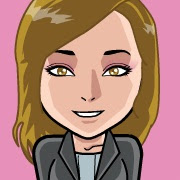 R.T. was born and raised in the Midwest, the youngest of six children. She married at a young age and decided early on she wanted a family herself. With three small boys in tow, she and her husband flipped two houses with R.T. in charge of the landscape design and install. Now, she is rooted in the final home they designed inside and out.

Now that her boys are nearly grown, R.T. spends much of her time on the road traveling from one sporting event to another serving as mom and cheerleader. When at home, she enjoys Pilates, working with her Golden Retriever and digging in the glorious dirt of her landscaping plots.

During one of many busy and restless nights, R.T.’s first novel began to pluck its way onto her laptop. It was a drug, an instant addiction that only grew with time. Moments borrowed and stolen at her laptop are, now, between all of the travel and work and many of those busy, restless nights. After several edits, revisions and versions later R.T.’s first novel, Black Creek Burning, will debut September 24th.

I know exactly what you mean about can't 'not write.' It's a part of me, and I can't imagine not creating stories...constantly. (In my head if not on paper/computer, that is).

Alicia,
And awesome stories are they. :)Thank you for the amazing Black Creek Burning review and for stopping by!
-R.T.

I love your story of how you came to publish Black Creek Burning. I think it seems so pure that you wrote it just out of the love of writing and then it turned into something you decided, after much encouragement, to publish. With so many commercial writers it seem special it was written soley for the love of writing

Shannon Ro,
I couldn't have said it better. My biggest goal is not to lose that as a published author.
-R.T.

Annonymous,
I hope it was a good intense. It certainly was for my characters. :)
-R.T.

Love the story of your book. How great to have such support for your writing. Much success!

Congratulations on your success! Having your book out there has to be the best feeling in the world!
Happy Halloween!

Diane,
I am incredibly thankful to my readers. I know we've all heard the stories time and time again, but publishing is indeed one dead end after another. I would have never kept going if not for them. I just hit the #1 spot on the Goodreads 'New Authors to Read' listopia list today! I owe it all to them.
Thank you for coming by, Diane.
-R.T.

Chelsea B.,
Having my book out there is an honor. It also feels a bit like standing in the middle of a busy mall with your pants down. :) Thank you for stopping by.
-R.T.

Thank you, Chris, for having me on your lovely blog. I hope I brought you some new followers. I know I'm one of them!
-R.T. Wolfe