The Best Advice I've Ever Received

When I first decided I was going to write, the first piece of advice I was given was to 'write what you know'. The problem was that I didn't know anything. Not much anyway.

John Grisham was an attorney and knew the inside of a court room. Robin Cook was a physician, able to lace his medical thrillers with a realism that would take years of research to duplicate. 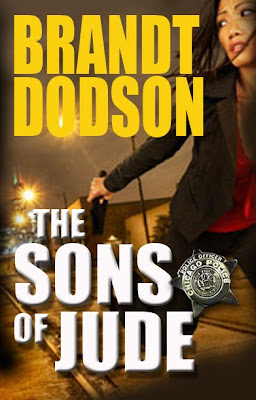 How was I going to compete with that?

But the advice was sound and it still holds true.

Write what you know.

Stephen King was a struggling novelist, working as a high school English teacher when he wrote Carrie.

Lee Child was an out of work television producer when he wrote his first Jack Reacher thriller, and Mary Higgins Clark was working as a flight attendant when she penned her first novel.

So what about them? What did they know?

The chances are they knew the same thing you and I know. They knew life.

True, most of us will never perform a heart transplant or sail on the Titanic or fire at a line of advancing Red Coats, but we can all imagine what it would be like. And we can do this by writing what we know.

Stephen King, arguably one of the greatest writers of the last century, sets most of his stories in rural Maine. But he populates them with aggressive automobiles, rabid dogs, and cemeteries that bring the dead to life.

Has he ever seen a car do the things that Christine did? Probably not. But he can imagine it. Does he know what it's like to be afraid? Undoubtedly. And using that fear - along with his imagination - he is able to transport us to his story world. He shares his fears with us. The same fears we've all experienced. It's write what you know that make his stories come alive.

Does this mean there is no place for research? Of course not. Research, particularly if we're writing a period piece, gives the story a verisimilitude it wouldn't - couldn't - have otherwise. But fiction isn't about transmitting information. Nonfiction does that well enough, thank you. No, fiction is about emotion; about making the reader feel the thing you want them to feel; it's about placing them in the story world and letting them live, vicariously, through the characters.

Write what you know?

You bet. Do that, and you'll move your readers to tears. Or laughter. Or heartache. Or sorrow. Or …

The Sons of Jude
Detectives Frank Campello and Andy Polanski battle corruption while investigating the homicide of a young woman. 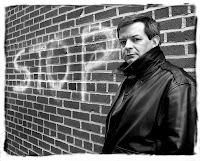 Brandt Dodson is the creator of the Indianapolis-based Colton Parker mystery series and is the author of several crime novels and short stories. He comes from a long line of police officers spanning several decades and was employed by the Indianapolis office of the FBI.

The Sons of Jude is his most recent novel and was published in September 2012. You can find Brandt at: www.brandtdodson.com