About 1.5 years with respect to fiction, but I spent a lot of time thinking about it before I actually tried to write my first novel. However, I've been writing scientific papers for my entire adult life.

My lifelong hobby has been reading mystery novels, especially the California mystery novels of my favorite authors, Raymond Chandler, Ross MacDonald, Michael Connelly, Walter Mosley's Easy Rawlins series, and Robert Crais, and wandering out of California, Robert B. Parker's Spenser series and James Lee Burke's Dave Robicheaux stories. My interest in writing my own mysteries came from reading the masters and from teaching a Freshman seminar for many years at the University of California's Davis campus on California Mystery Novels.

3. Did you encounter any obstacles in researching it?


No. The settings and locales for all of these novels are authentic; I've lived previously in Salta, Argentina and Montevideo, Uruguay during a sabbatical leave, and have ongoing collaborations with local scientists in Uruguay, Argentina, Chile, and Peru. The Matador Murders, set in Montevideo and Santiago, Chile, is the fourth book in this series, following The Empanada Affair, set in Salta in Northwest Argentina, The Ambivalent Corpse, set in Montevideo, Uruguay and the surrounding region, including Argentina, Brazil, and Paraguay, and The Surreal Killer, set in Peru and Northern Chile's Atacama Desert region. I try to write books that are fast moving and entertain the reader, while introducing the readers to a region where I've lived and worked that is a long way from home for most English speakers.

Montevideo, Salta, Machu Picchu, and Iguazu Falls are characters in these books, and I hope that some of you feel that you'd like to visit these places because they seem so vivid and real.


4. What was the name of the first novel you wrote? Did you try to publish it?

"The Empanada Affair". Your readers can buy a copy for $0.99 from Amazon. Smashwords, Apple, Kobo, Barnes and Noble, or any of the other usual e-book outlets. In my opinion it's not nearly as good as anything else I've written, but you can certainly see me looking for my voice and characters, which are much better done in the subsequent books, and basically learning how to write a mystery novel.


It depends on how you keep score. If we're talking about mystery novels, due to the wonders of self-publishing as an Indie author on Amazon, the answer is none. If we include my larger body of more than 200 peer-reviewed scientific papers in biochemistry, toxicology, and pulmonary medicine, the number of rejections received is a whole lot higher than that. There are some similarities between scientific writing and writing fiction that have allowed me to learn a lot about the mechanics of writing before I ever tried to write my first novel.


I'm a Professor of Pulmonary and Critical Care Medicine at the University of California's Medical School at Davis, near Sacramento in Northern California. I have a Ph.D. degree in Biochemistry and do research in asthma and health effects of air pollution on the lungs, as well as teaching and administrative stuff.

When you have a full time job in a profession, as I do, and the constant need to be your own publicist as a self-published author, the writing schedule is whenever I can.

8. What other time period besides your own would you like to experience?


I think at or near the top of the list would be the Wild West of the USA of 1870-1895. I could have been a gunfighter, stagecoach robber, or U.S. Marshal, since I'm a very good shot with a handgun and an excellent marksman with a rifle.

9. What do you do when you are not writing?


When I'm not writing, working, trying to sell books by social networking, or editing novels and short stories, I enjoy walking (and hunting) with the German Shorthaired Pointers my wife breeds, playing with our children and grandchildren, eating ethnic foods, and curling up on the couch with a dog or two to watch TV.

10. Who is your greatest cheerleader?


My wife, Elaine. She also helps edit everything I write. Honorable mention should go to some of the experienced writers on Facebook who have been generous with their advice and support. 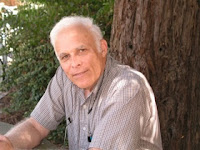 Jerry's South American Mystery series includes the newest novel, The Matador Murders, set in Montevideo, Uruguay and Santiago, Chile, The Empanada Affair, set in Salta in Northwest Argentina, The Ambivalent Corpse, set in Montevideo, Uruguay and the surrounding region, and The Surreal Killer, set in Peru and Northern Chile's Atacama Desert region. All of these mystery novels are available as Kindle books from Amazon; the first two books are also available from Smashwords, Apple, Nook, and Kobo. A fifth book in this series, The Body in the Parking Structure, is an 11,600-word novelette set in Los Angeles available from Amazon.


The Matador Murders, a new South American mystery novel, is set in Montevideo, Uruguay and Santiago, Chile. With apologies to reality, the Montevideo of this novel is much like the lawless Chicago of the prohibition years. That’s part of the fun of writing fiction----an author can turn one of the most law-abiding and civilized big cities in the world into the wild, wild west of the 19th century American frontier with the stroke of a pen (that’s a metaphor; it's more the click of a keyboard these days).

Posted by Chris Redding at 1:55 AM